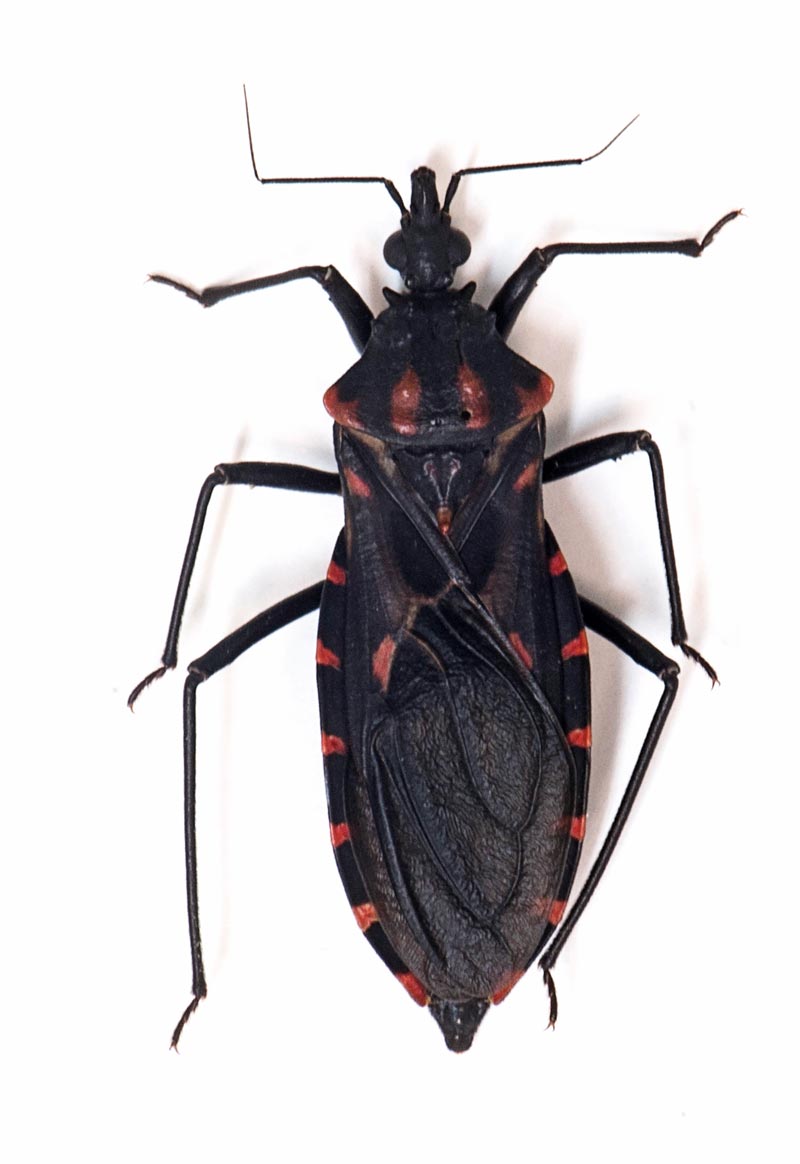 Two infestations of kissing bugs, insects that transmit the protozoa that causes Chagas disease, have been identified in the city of São Paulo: one at the zoo, in the south of the city, and another in Água Branca park, in the west. The situation at the zoo was described after a survey by veterinarian Suelen Ferreira of the Oswaldo Cruz Foundation (FIOCRUZ). She collected 11 kissing bugs of the species Panstrongylus megistus, which is of particular concern due to its ability to survive both in forests and domestic environments. Ten of the 11 samples were infected with Trypanosoma cruzi, the protozoa that causes Chagas. Of the 106 zoo animals examined (mainly monkeys), 25 had the parasite, as did 33 of the 66 wild mammals (opossums, rodents, and monkeys) captured in neighboring forest areas. In Água Branca Park, a team from the Endemic Diseases Oversight Office (SUCEN) found colonies of the P. megistus species under the roofing tiles of a barn where more than one thousand chickens kept in the area sleep. “The birds are resistant to infection, but the disease-transmitting insects feed on their blood,” observes biologist Rubens Antonio da Silva, technical coordinator of the Chagas disease control program at SUCEN. According to him, the risk of transmission to humans in both locations is low.