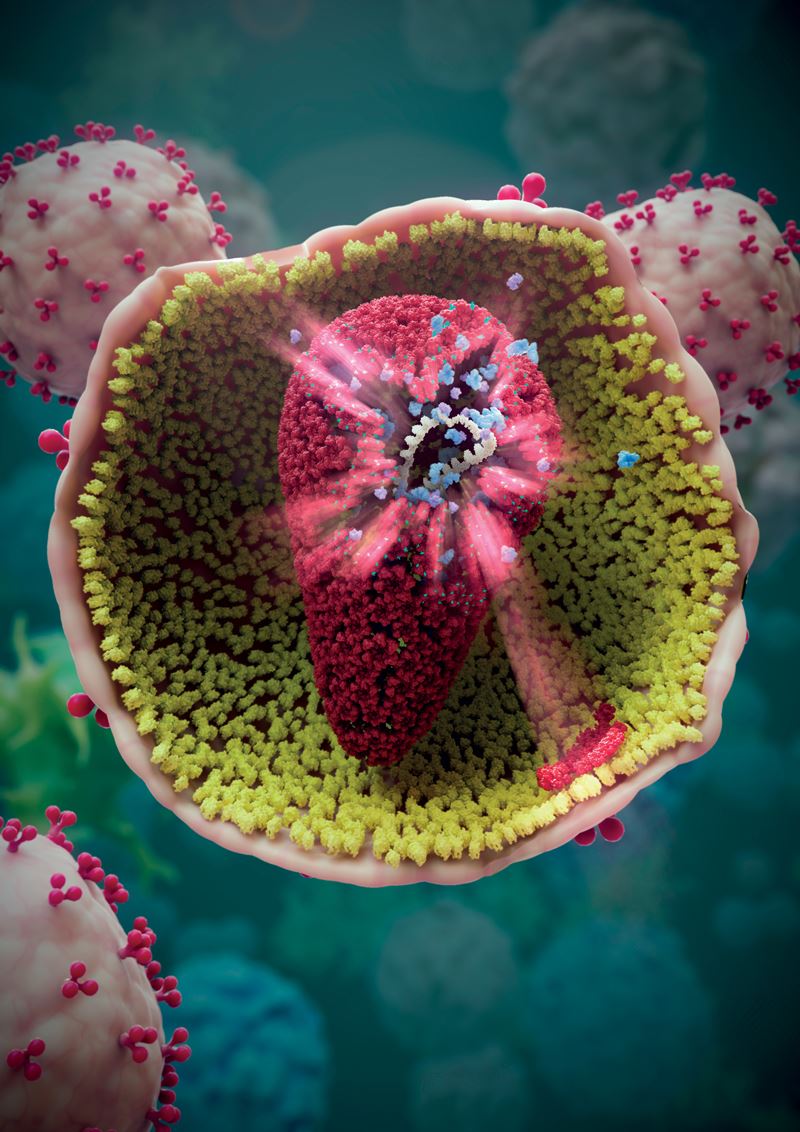 Illustration showing the destruction (purpura) of a virus capsidRandom 42

Researchers at American pharmaceutical company Gilead Sciences have published the results of clinical trials of a new long-acting antiretroviral against HIV (Nature, July 1). The GS-6207 molecule (lenacapavir) inhibits assembly and disassembly of the capsid, the structure that contains the viral RNA. A test of 40 healthy individuals who received a dose by subcutaneous injection indicated that the compound is safe, well tolerated, and remains active in the body for more than six months. Another trial, this time involving 32 HIV-positive patients, showed a reduction in viral load nine days after receiving a dose of lenacapavir. Virologist Sumit Chanda of the Sanford Burnham Prebys Medical Discovery Institute in the USA, who did not participate in the study, told news website Stat that there is concern about future resistance to the drug. According to Gilead, lenacapavir should be used in combination with other antiretrovirals.