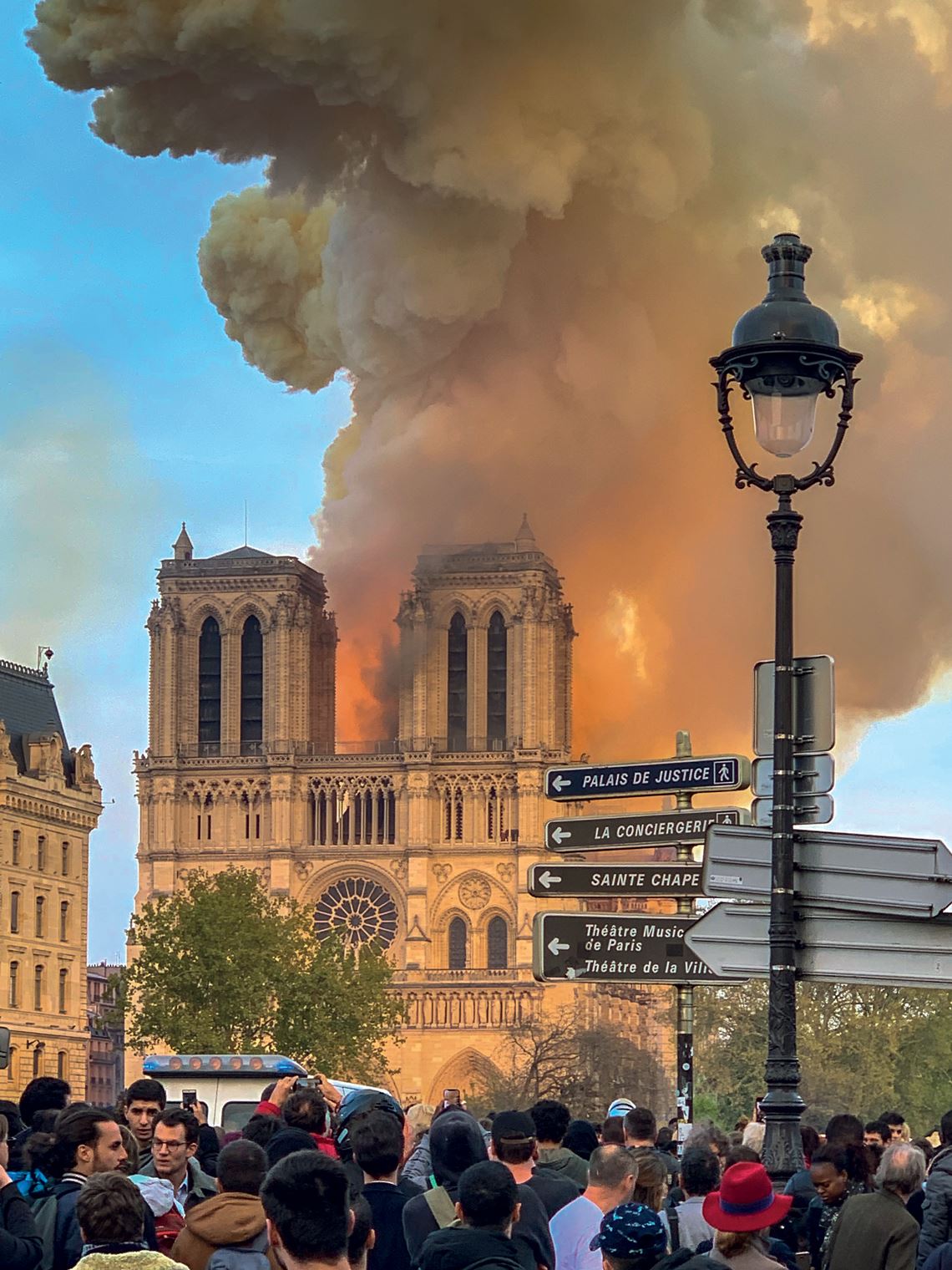 Wikimedia CommonsA ton of lead, a metal that is toxic to the nervous system, may have been deposited over a 1 kilometer radius around Notre-Dame Cathedral in Paris as a result of the April 2019 fire. The estimate, made by researchers from Columbia University, USA, suggests that during the fire, the area around the cathedral was exposed to six times as much lead as initially estimated by the Paris Regional Health Agency (Geohealth, July 9). The fire destroyed the roof and the spire of the medieval building, vaporizing some of the 460 tons they contained, which was then carried by the wind. Recent analyses indicate that a strip of land northwest of Notre-Dame, the direction taken by the smoke plume, is contaminated with 430 milligrams (mg) of lead per kilogram of soil, 130 mg above the limit permitted by French legislation. According to the researchers, this contamination has less potential impact on the health of Parisians than the smoke from leaded gasoline, which was banned in 2000.