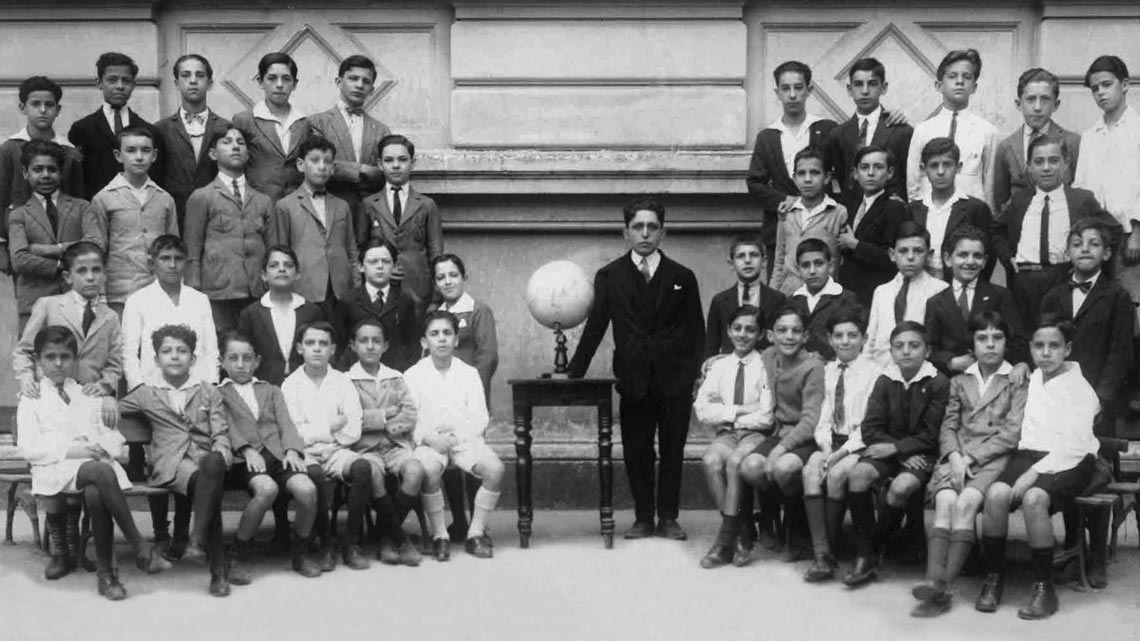 Students from the Escola Caetano de Campos in São Paulo in 1926: The economic transformation of the state at the time helped broaden access to education

After analyzing primary sources in public archives, studies discuss how investments in basic education at the turn of the twentieth century impacted the development of Brazil’s education system. When developing his associate professorship thesis, Renato Perim Colistete—professor of economic history at the University of São Paulo School of Economics (FEA-USP)—found that, from 1885 to 1920, the economic transformation in the state of São Paulo, which was the result of the expansion of coffee farming, urban development, and tax revenues, boosted the rates of public school enrollment. “However, spending on primary education did not match the increase in tax revenue generated by the boom in the coffee economy,” he says.

Colistete states that, until 1880, the province of São Paulo had low enrollment rates in public schools, compared with other provinces during the imperial regime, in place until the 1889 Proclamation of the Republic. This situation changed in the following decades, when São Paulo became the leading state for enrollment rates in the country, alongside Santa Catarina and the Federal District (Rio de Janeiro, at the time). Colistete explains that this reflects an increased investment in public education in the earlier years. If, in 1855, per capita spending on public education in the province of São Paulo was equal to 83% of the average in Brazil, in 1886 it exceeded the national average by 24%. Colistete reports that, in the three decades that followed, São Paulo continued to invest more in education and, in 1920, São Paulo became the region with the highest investment in public education in Brazil.

However, the increase in state tax revenues during the early years of the Republic was not matched by an increase in spending per enrolled pupil. “If spending on primary education had grown as much as the state revenues, all school-age children—considered at that time to be those between 7 and 14 years—would have been literate by the end of the 1910s,” he claims. On the contrary, in that year, more than half the children in this age group remained without access to primary education. To reach these conclusions, the economist analyzed, among other materials, handwritten provincial government documents detailing expenses and revenues, annual statistical records, reports to the Legislative Assembly, state government documents, and education yearbooks housed at the State Public Archive, Legislative Assembly Historical Archives of the State of São Paulo, National Library, and the Library of the Foundation for the State System for Data Analysis (SEADE).

Furthermore, based on report analyses on the monthly school attendance of São Paulo students between 1910 and 1920, the economist found that about 45% of the enrolled students had a hard time keeping up with their classes, often missing lessons for extended periods. This means that, while February and March saw 90% of the students in the classroom, by July to September, that number dropped to 60%. “During this time, many children were working in the coffee harvest. Even families that lived in urban areas would make the trip to the plantations, bringing their children with them to help with the work,” he explains. He goes on to explain that, after the harvest was over, not all went back to school, so the attendance percentage never reached the 90% seen at the beginning of the school year.

Although Brazil has broadened access to the first years of primary education, it still has low education quality indexes

“This shows that, while it is important, enrollment data is not enough to illustrate all aspects of the education process; student attendance data should also be considered,” argues Professor José Gonçalves Gondra, from the State University of Rio de Janeiro (UERJ). Gondra says that, in the nineteenth century, many schools would be shut down due to low attendance rates, which caused them to lose government funding. According to Gondra, the first methodologies used to measure learning emerged in the 1920s, when children and young people began to be evaluated by the schools themselves. “At the turn of the century, science had not yet developed tools to measure the quality of education, so the analysis of education was based on how enrollment and attendance rates evolved,” he notes.

Gondra points out that, from the late nineteenth century to the early twentieth century, while some measures continued, Brazil’s education system underwent some interventions. One example is the changing of the names of all educational institutions in an effort to distance them from the educational context of the imperial era. “The Imperial Colégio de Pedro II, for example, was renamed Ginásio Nacional (National Gymnasium), while other schools were renamed after illustrious historical figures,” he says, pointing out that the most significant changes were legitimized in the first decades of the twentieth century, thanks to science-based pedagogical lines of study.

By analyzing how enrollment rates evolved in the country and comparing this data with that of other countries, Colistete also found that, in that period, access to primary education for most school-aged Brazilian children was still restricted and unequal. “Brazil still has one of the worst education indexes in the world—just like it did in the mid-nineteenth century,” he says. In 1900, Brazil’s enrollment rate in primary school was 29 children per 1,000 people; in the United States, Canada, and Germany, it was five times higher. “Even in Latin America, Brazil had one of the lowest rates, behind countries like Argentina, Uruguay, and Peru, whose enrollment rates per thousand individuals were 98, 79, and 72, respectively,” he notes.

“Between 1850 and 1930, public leaders and members of the elite took part in the international debate about the importance of investing in primary education for the economic and social development of Brazil,” says historian Vinicius Müller from Insper. In his PhD thesis, published in the book Educação básica, financiamento e autonomia regional (Primary education, funding, and regional autonomy; Alameda Editorial, 2018), Müller studies how the government invested in education in the states of São Paulo, Rio Grande do Sul, and Pernambuco from 1850 to 1930, based on primary sources, such as reports from province presidents and public education inspections, treasury books, and Empire balance sheets listing revenues and expenses. The three regions were chosen due to their distinct economic and social traits. 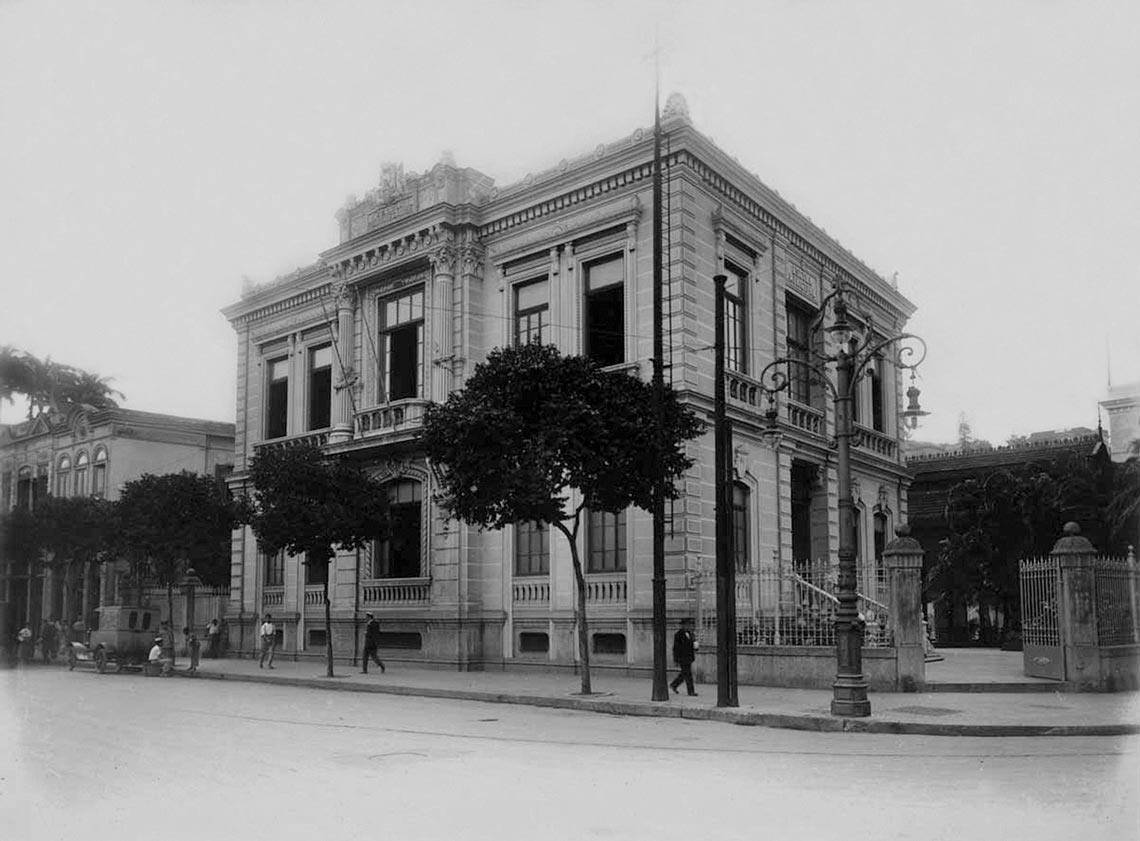 Escola Rodrigues Alves between 1911 and 1922, in Rio de Janeiro: investing in public education meant the state of Rio de Janeiro had some of the highest rates of public school enrollmentBN Digital

“While the economy of Pernambuco was based on the exportation of sugarcane, Rio Grande Sul focused on the domestic market,” he says. “In the second half of the nineteenth century, due to the rise of the coffee economy, São Paulo was transformed by the acceleration of industrialization and urbanization, the massive arrival of immigrants, and increased taxes,” explains Müller, sharing that the study sought to identify how these circumstances impacted the development of the education system.

For 75 of the 80 years under analysis, primary education was the main public expense in Rio Grande do Sul; in São Paulo, it was the second largest expense, behind infrastructure. In Pernambuco, on the other hand, education ranked fourth or fifth in 60 of the 80 years analyzed, even though it was a more prosperous province than Rio Grande do Sul or São Paulo at the end of the Empire. “During that time, Pernambuco’s largest expense was the salaries of the judicial system employees,” he shares. Müller believes that studying how the provinces invested in primary education in 1850 helps us understand our current situation, 80 years later. Similarly, he mentions data from the 1920 census, which show that, among the 450,000 children between 7 and 14 years of age in Pernambuco, 14% were literate. In Rio Grande do Sul, which also had 450,000 children, 34% were literate. In São Paulo, with about 1 million children in this same age bracket, the corresponding percentage was 28%. Müller is currently working on expanding the scope of the research, which now includes data from the states of Bahia and Santa Catarina around the same time frame.

When comparing these data with Brazil’s current situation, Colistete from USP observes that, although Brazil has broadened access to the first years of primary school, it still has some of the lowest education quality indexes. To illustrate this, he mentions the results of the latest edition of the Programme for International Student Assessment (PISA), an evaluation of school performance in different countries that takes place every two years. Released in 2019, the results rank Brazil at fifty-eighth to sixtieth place in reading; sixty-sixth to sixty-eighth place in science; and seventy-second to seventy-fourth place in mathematics.