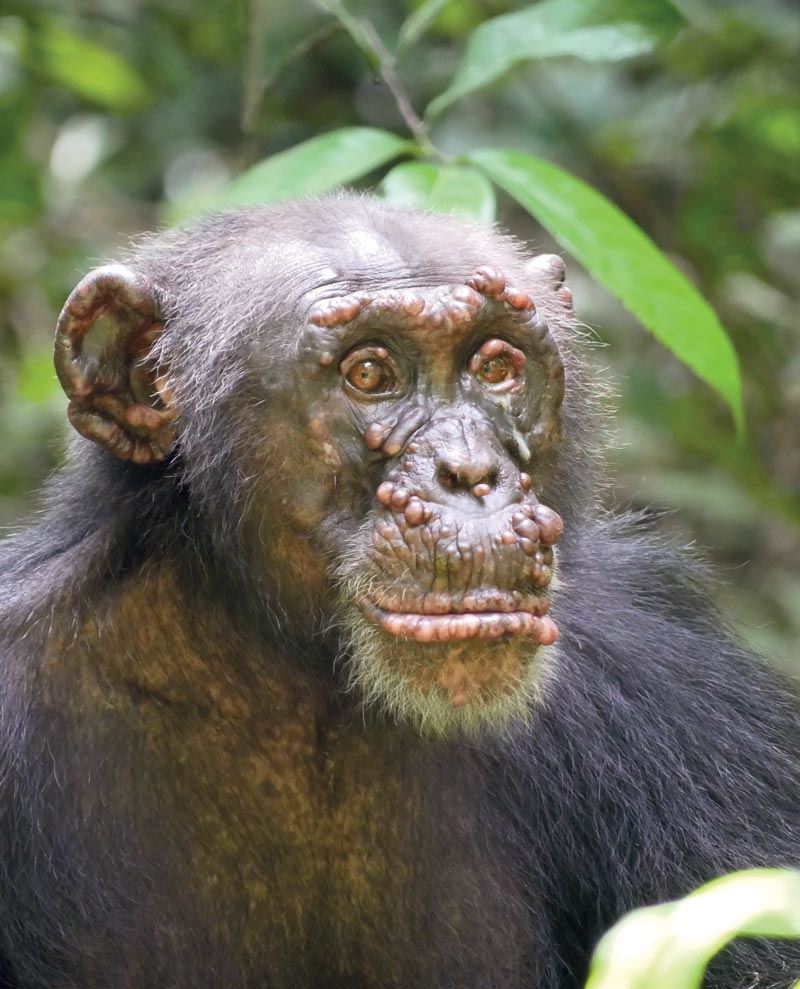 Thai Chimpanzee ProjectPhotos taken in 2017 by camera traps installed in the equatorial forests of the Cantanhez Forests National Park in Guinea-Bissau and the Taï National Park in Côte d’Ivoire are the first record of wild chimpanzees with lesions indicative of leprosy on their faces and other parts of their bodies. An international collaboration led by conservation scientist Kimberley Hockings of the University of Exeter, UK, and veterinarian Fabian Leendertz of the Robert Koch Institute in Berlin, Germany, collected samples from the lesions, in addition to feces, and confirmed that the infectious agent was the bacteria Mycobacterium leprae, which causes leprosy in humans (bioRxiv, November 11). Analyses showed that the varieties of M. leprae obtained from chimpanzees in Guinea-Bissau and Côte d’Ivoire belong to different strains and are rarely found in humans. Although they have not ruled out the possibility that they were infected by people, as has already been observed with animals in captivity, the researchers consider it more likely that chimpanzees were infected after contact with some other unknown animal carrying the bacterium.