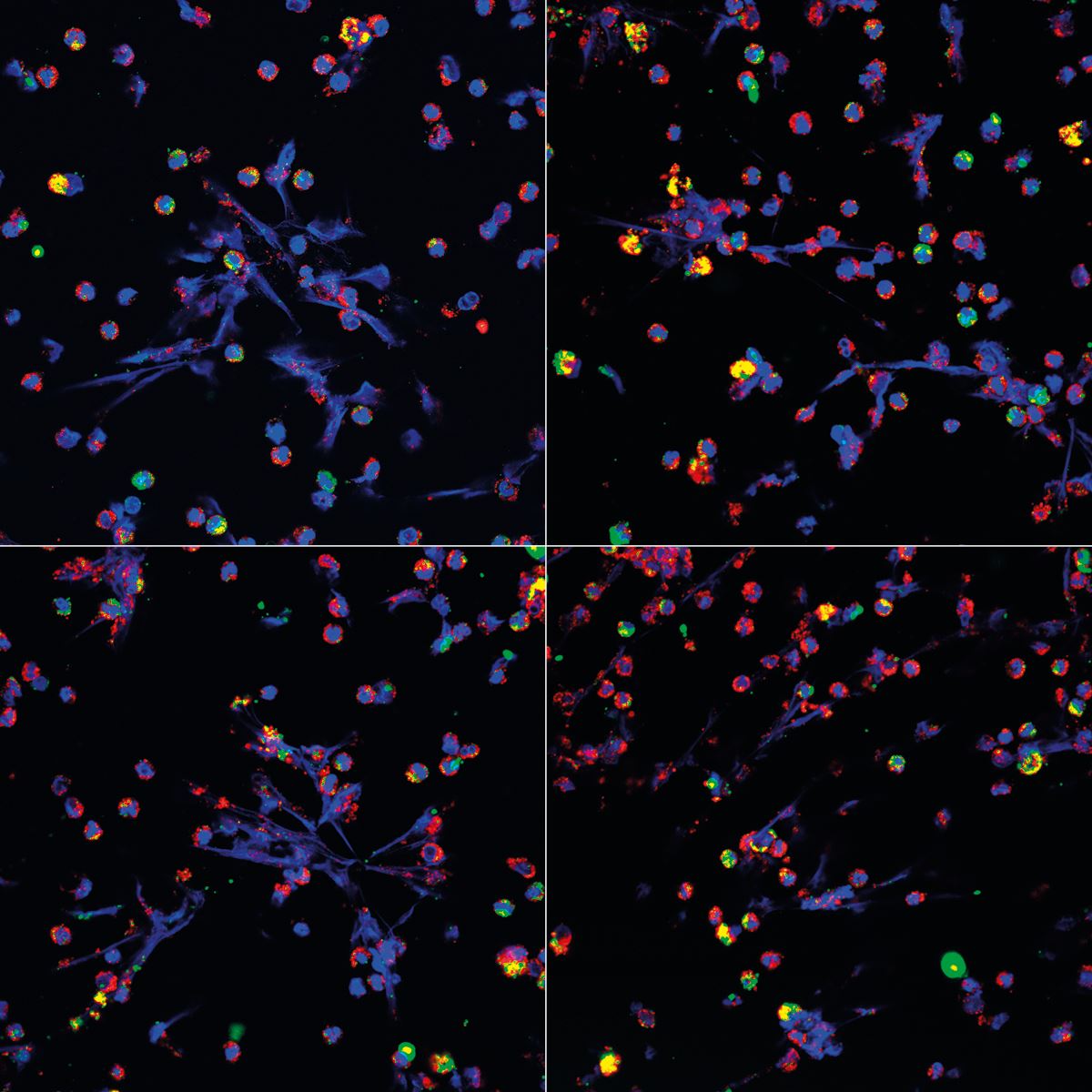 Faced with an invasion of viruses or bacteria, human immune system cells sometimes overreact in a process known as NETosis, which has been shown to be more severe when the invader is SARS-CoV-2. “The nuclei, highlighted in blue in the image, are usually round,” explains pharmacologist Flávio Protásio Veras. “During NETosis, they look elongated because of the networks of DNA being released from the cells.” The red and green dots are proteins that attach to these networks and exacerbate the process, which in COVID-19 patients can cause damage to the lungs and even death. In his research, Veras is looking for drugs that can minimize this damage.

Image submitted by Flávio Protásio Veras, a researcher on a postdoctoral fellowship at the Ribeirão Preto Medical School of the University of São Paulo