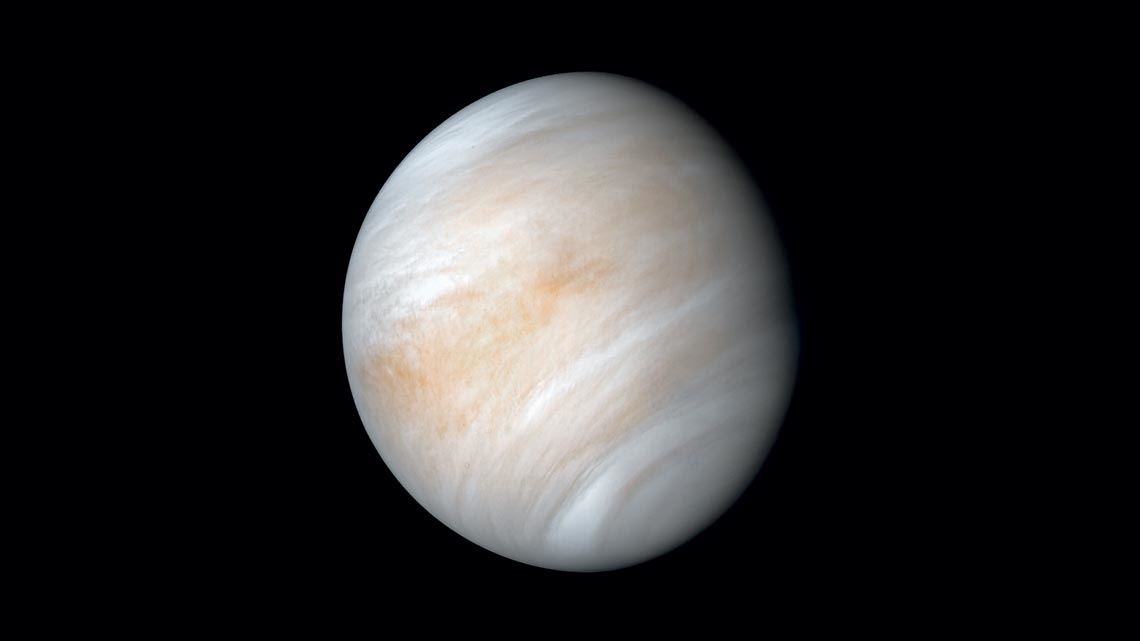 A September  news article caused a stir after an international group of researchers identified the presence of phosphine, a possible sign of life, in the atmosphere of Venus, one of the closest planets to Earth. Clouds located 50 to 60 kilometers above the planet’s surface are rich in the gas, formed by one phosphorus atom and three of hydrogen (PH3). Using the James Clerk Maxwell telescope in Hawaii and the ALMA radio telescope array in Chile, a team led by astronomer Jane Greaves of Cardiff University, UK, observed concentrations of phosphine a thousand times higher in the atmosphere of Venus than recorded on Earth (Nature Astronomy, September 14). This gas is produced by chemical reactions triggered by lightning, erupting volcanoes, or falling meteorites. On Earth, it is also released by microorganisms that live in oxygen-free environments. The researchers state that the high concentrations observed on Venus cannot be explained by any known geological or atmospheric phenomena. “With what we currently know of Venus, the most plausible explanation for phosphine in the planet’s atmosphere is life,” Clara Sousa-Silva, a Portuguese astrochemist at the Massachusetts Institute of Technology (MIT), USA, and coauthor of the study, told the newspaper Folha de S.Paulo. In Nature Astronomy, the researchers were more cautious with their wording. “The detection of PH3 is not robust evidence for life, only for anomalous and unexplained chemistry,” they wrote.