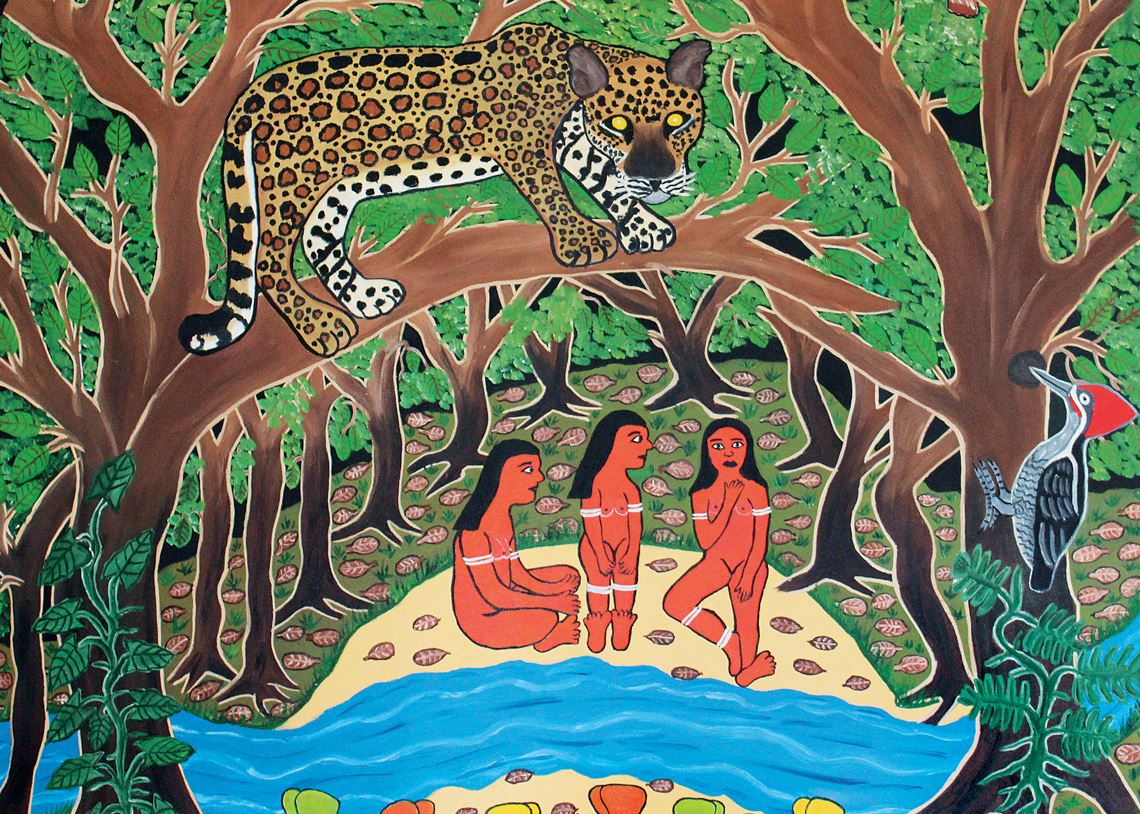 The skin, hair, and eye color of the first inhabitants of the Americas, who migrated to the continent thousands of years before Christopher Columbus arrived at the end of the fifteenth century, were probably very similar to contemporary indigenous populations. This is the conclusion of a study coordinated by Brazilian researchers, the results of which were published in a scientific article in the journal Forensic Science International: Genetics in June. According to the paper, which analyzed the DNA of seven individuals who lived between 11,000 and 500 years ago, most of these native peoples had brown eyes, black hair, and dark skin.

The study used eight forensic genetics methods to estimate the physical characteristics (phenotypes) related to the pigmentation of ancestral Native Americans, then compared the results with the continent’s current indigenous population. The two main tools used were HlrisPlex-S and Snipper, whose accuracy rates are between 70% and 90% when used to determine skin, hair, and eye color in current populations of European origin. The study initially analyzed data from 27 contemporary indigenous people and 20 from the precolonial era, whose genomes had already been sequenced and made public by other scientific projects. Of the 20 indigenous ancestors, however, only 7 provided genetic information of sufficient quality to estimate phenotypes, the samples for which came from archaeological sites in Greenland, the US state of Nevada (three individuals), Argentina, Chile, and Lagoa Santa in the Brazilian state of Minas Gerais (a 10,000-year-old bone).

“Skin, eye, and hair color is not determined by a single gene. These are complex characteristics,” explains biologist and leader of the study Celso Teixeira Mendes Junior, from the Chemistry Department of the Ribeirão Preto School of Philosophy, Sciences, Languages, and Literature (FFCLRP) at the University of São Paulo (USP). “The level of melanin in each individual is based on numerous genes.” Melanin is the generic term used to designate a set of natural pigments that determine the tone of these physical traits. The study examined 61 genetic markers in each of the analyzed genomes. “There were no individuals outside the expected results. We found only that the characteristics of the indigenous ancestors were a little more homogeneous than present-day peoples,” says Mendes Junior.

One of the purposes of the study, conducted at USP’s Forensic and Genomics Research Laboratory in Ribeirão Preto, was to test phenotype prediction tools for use in criminal investigations with the current population. The researchers also hoped to identify more elements that could help reconstruct the history of the first peoples that inhabited the Americas. “We wanted to see if there were any differences between the pigmentation in samples from individuals who were part of the first wave of migration to the continent more than 13,000 years ago and today’s Native Americans, whose direct ancestors have been here for at least 6,000 years,” says biologist Tábita Hünemeier, from USP’s Institute of Biosciences (IB-USP), coauthor of the study. “We concluded that there was no major divergence.”

There are known variations in craniofacial measurements between the groups that came in the first major wave and those that arrived on the continent later. According to some authors, the first peoples were ancestors of the individuals whose remains were found in Lagoa Santa and the Clóvis culture, associated with a group of archaeological sites in New Mexico, USA. “All of these individuals, including the people represented by Luzia [an 11,000-year-old skull found in Lagoa Santa], had physical characteristics that are quite different to today’s indigenous people. They did not, for example, have the almond-shaped eyes and other features that resemble contemporary East Asian populations,” says the biologist.

The DNA analysis of the seven ancestral natives suggests, however, that there are no significant differences between the appearance of the first inhabitants of the Americas and present-day indigenous peoples. “Because Luzia’s face was reconstructed using clay, which is dark, many people think she was black. The skin color of indigenous peoples is darker than Europeans, but it is not black, as our study shows,” says Hünemeier. The results of studies that try to infer physical traits from ancestral DNA are always subject to controversy. According to a 2012 paper coauthored by the USP researcher, most Neanderthals—a hominid species that went extinct about 30,000 years ago—had brown eyes, not blue, as many scholars of the species have proposed.

Geneticist Maria Cátira Bortolini of the Federal University of Rio Grande do Sul (UFRGS), who did not participate in the USP study, believes the research is particularly interesting because it compared the results of more than one phenotype prediction model for ancestral and current indigenous populations of the Americas. “This is of great importance to forensic genetics, which needs reliable tools for more universal use in this area,” says Bortolini. Developed by European researchers, the HlrisPlex-S and Snipper systems struggle to classify phenotypes considered intermediate, such as green or hazel eyes, or skin tones between white and black, among contemporary populations.