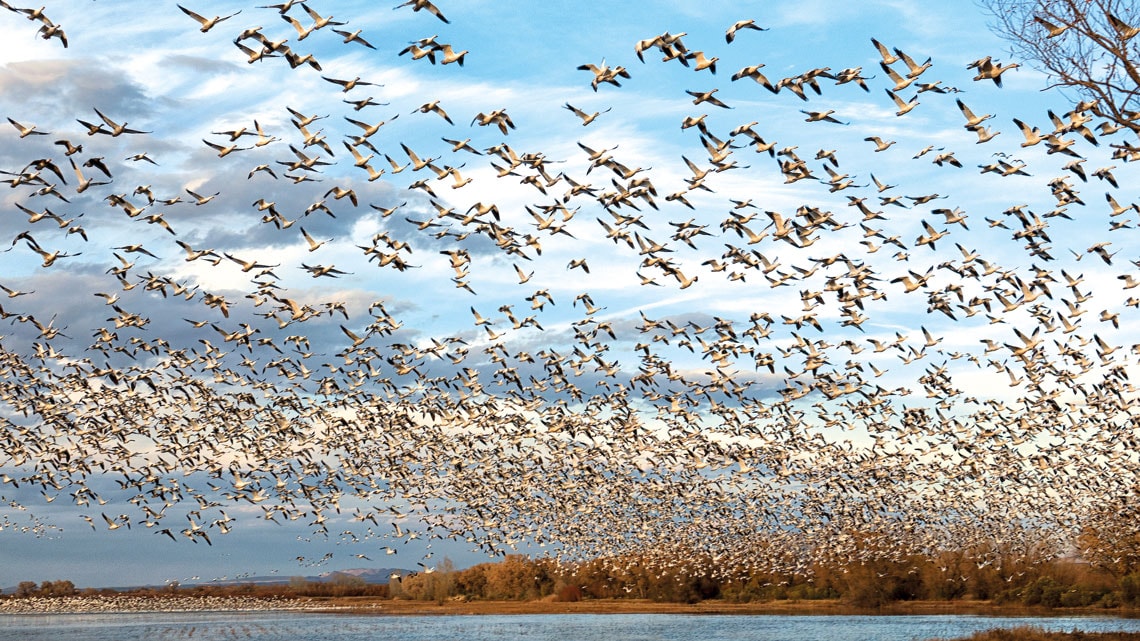 Flock of snow geese in the USA: migration has remained important for the past 50,000 years

Some birds travel almost unbelievable distances, sometimes across continents, in pursuit of warmer climates and food to survive and reproduce. Such behavior may be older than previously thought, according to a computer simulation led by zoologist Marius Somveille, from Yale University, USA (Nature Communications, February 18). The model was validated with data on almost 10,000 current bird species and then fed with reconstructions of the past climate, taking into account the energy cost of migration and the benefit in terms of food availability in different seasons. The results indicate that long-distance travel has been important for the past 50,000 years. The period includes the Last Glacial Maximum some 20,000 years ago, when it was assumed that the low global climate variability typical of the Ice Age would benefit a more sedentary life. Despite the stable average number of migrations, the study detected variations in different regions of the world. In the Old World (Europe, Africa, and Asia), the proportion of birds that migrated remained mostly unchanged, just slightly higher in the past, and the distances were comparable to the present day. In the Americas, on the other hand, the proportion of migratory species was 20% lower 20,000 years ago than today. The distances traveled were also, on average, 500 kilometers shorter. According to the model, the further back in time you go, the fewer species reproduced in North America.