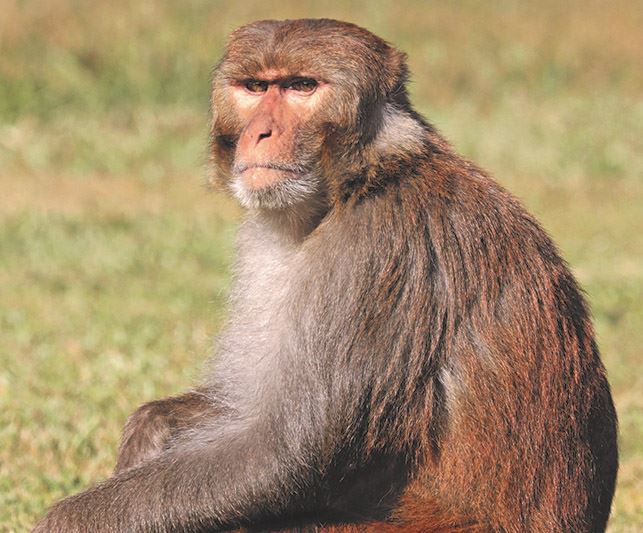 Charles J. Sharp / Wikimedia CommonsMonkeys appear to be the best animals for testing SARS-CoV-2 vaccines and drugs. A study coordinated by researchers at the Erasmus University Medical Center in the Netherlands indicates that the virus can infect these primates, especially the elderly (Science, April 17). Eight cynomolgus monkeys (Macaca fasciculares) of varying ages were exposed to the pathogen. None of them developed any symptoms of COVID-19, but the four older monkeys had higher levels of the virus in their throat and nose than their younger counterparts. Two of them, when autopsied, had lesions in their lungs. In a paper that has not been peer reviewed, scientists at Chinese company Sinovac Biotech reported that rhesus monkeys (Macaque mulatta), from the same genus as cinomolgos, developed immunity against SARS-CoV-2 after receiving an experimental vaccine (bioRxiv, April 19).