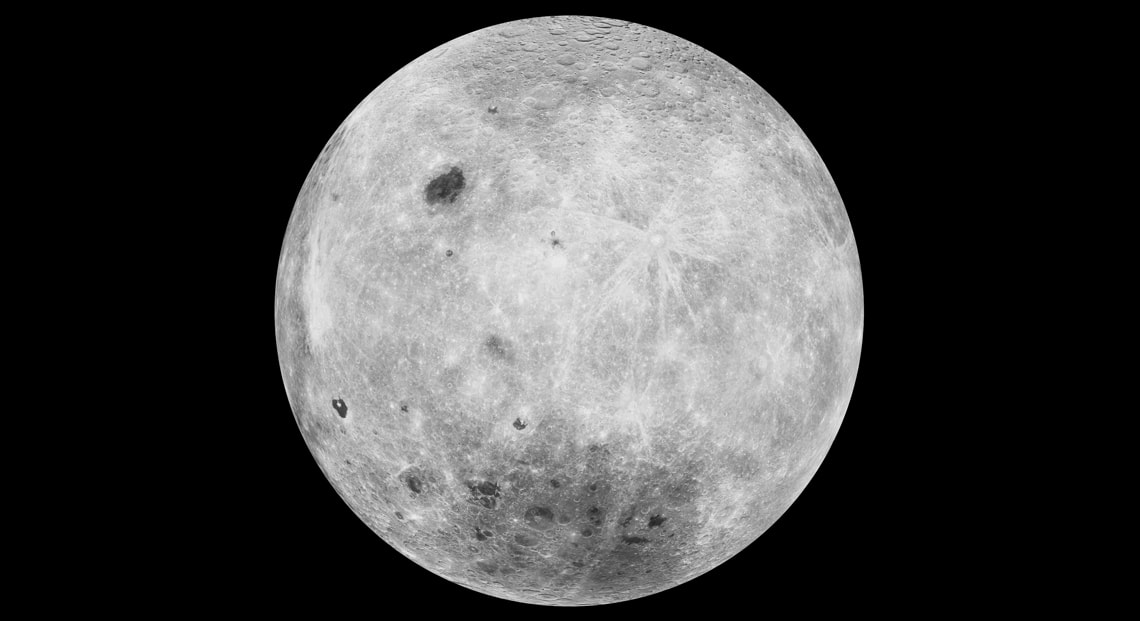 The South Pole–Aitken basin is shown by the dark spot at the bottom of this image of the far side of the moon.

Near the South Pole of the Moon, on the side not seen from Earth, there is a crater of colossal proportions. The South Pole–Aitken basin is almost 2,500 kilometers (km) in diameter and 13 km deep. Experts suspect that it was created by the impact of an asteroid between 4.3 billion and 3.9 billion years ago, at the beginning of the formation of our solar system. The age of the South Pole–Aitken basin makes it one of the oldest preserved structures on the Moon’s surface, and its size makes it the Moon’s largest known impact crater. Using topographic measurements taken by the Lunar Reconnaissance Orbiter (LRO) and gravity variation data from by the Gravity Recovery and Interior Laboratory (GRAIL), an American team identified a huge dense mass below the crust of the basin that weighs two quadrillion tons and extends as far as 300 kilometers deep into the lunar mantle (Geophysical Research Letters, April). Geophysicist Peter James of Baylor University, one of the authors of the paper, suggested in a press release that one explanation is that metal from the asteroid that made the crater might have become trapped in the lunar mantle rather than sinking toward the core. Another possibility is that it is made up of dense matter that was left behind after lunar magma solidified in the Moon’s early stages of existence.