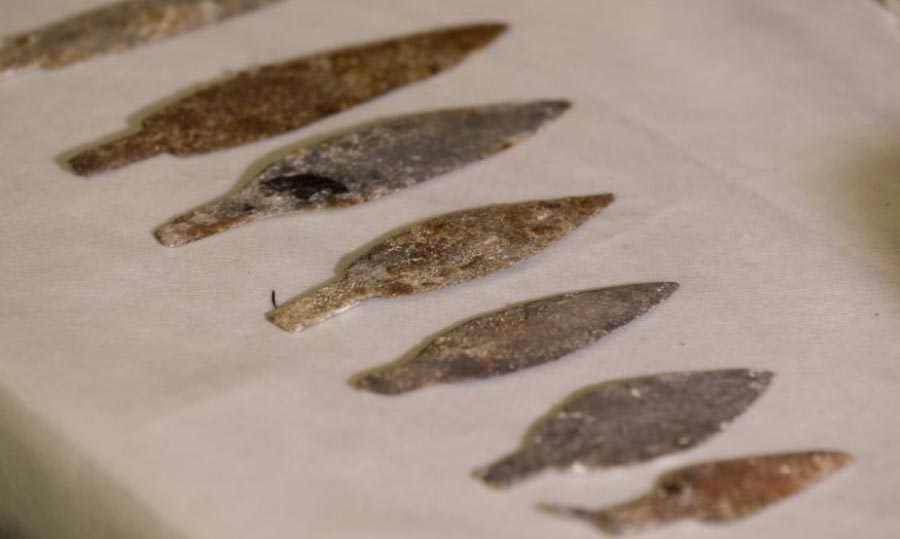 Recovered spearheads from the early-twentieth-century expeditions by Marechal Rondon

In early December, just over three months after the Brazilian National Museum was almost totally destroyed by a major fire on September 2, the institution’s directors announced that approximately 1,500 items have been rescued from the ashes. They include exhibit pieces and others that were stored in the museum’s archives, as well as equipment, personal objects, and architectural fragments. From the Egyptian archaeology collection, for example, a set of shabtis (small funeral statues), bronzes representing gods, and a stele (an inscribed stone plaque) from the ancient city of Abidos were saved. Items from other archaeological collections, such as the Mexican, Brazilian, Pre-Columbian, and Empress Teresa Cristina (1822–1889) collections, were also recovered. From the indigenous ethnology collection, researchers found two Karajá figurines, a decorated vase of unknown origin, and several ceramic artifacts. Mineral samples and a meteorite from the geology collection were also recovered from the wreckage of the fire. In October, museum technicians found a fragment of the femur and at least 80% of the skull of Luzia, an 11,000-year-old skeleton and one of the institution’s most important pieces.