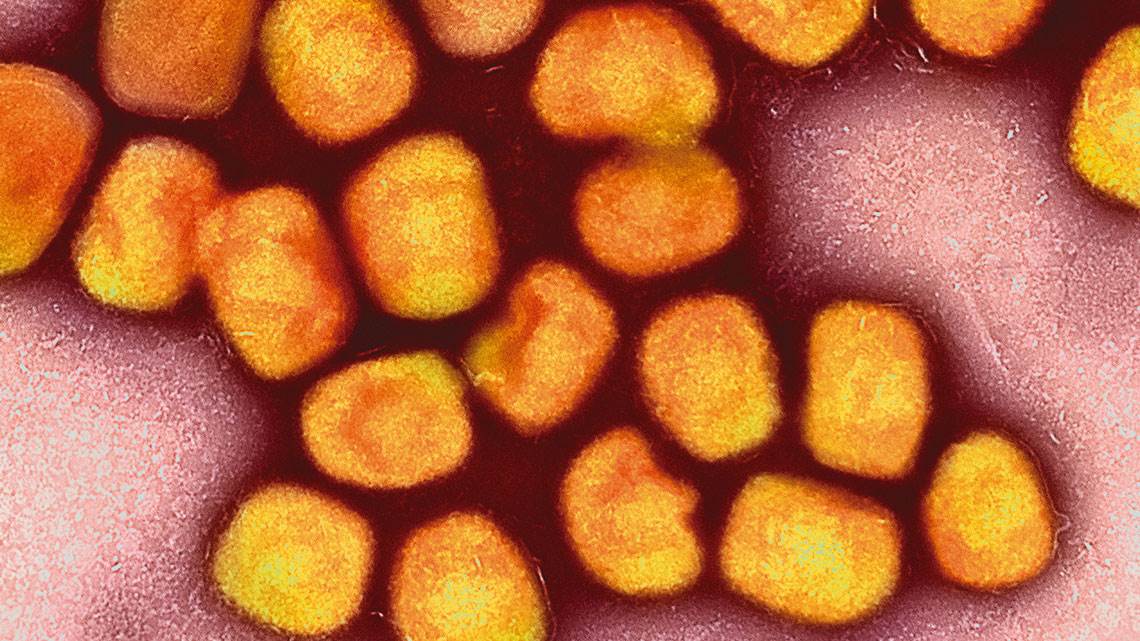 The monkeypox virus has spread to more than 40 countries over recent months, arriving in Brazil in early June. On June 6, after 10 suspected cases were identified around the country, the Emílio Ribas Institute of Infectious Diseases in the city of São Paulo confirmed the infection in a 41-year-old man admitted to hospital with symptoms of the disease after returning from Spain and Portugal, countries where case numbers are high.

On June 7, a team led by physician Ester Sabino at the Institute of Tropical Medicine of the University of São Paulo’s School of Medicine (IMT-FM-USP) sequenced the genome of the virus—collected from skin lesions of this patient—for the first time in Brazil. It took just 18 hours to obtain the result, which was presented to medical authorities and later confirmed by laboratory analysis. Published two days later on virological.org, the genome was compared with 81 others already recorded in the genetic database GenBank, showing great similarity with the viruses circulating in Portugal, Germany, the USA, and Spain.

More confirmed cases followed. On Saturday, June 11, the Minas Gerais State Health Department announced the death of a suspected monkeypox patient in the state, where no other cases of the disease had been recorded. On the same day, the São Paulo State Health Department reported its second case—a 29-year-old resident of Vinhedo, in the interior of São Paulo State. On Sunday, 12, the Ministry of Health confirmed the third: a 51-year-old man from Porto Alegre, Rio Grande do Sul, who had recently traveled to Portugal.

Monkeypox, the origin of which is uncertain, has been circulating among people worldwide for a long time. The first human cases were identified in the Democratic Republic of the Congo (DRC) in the 1970s, spreading to Nigeria and other West African countries in the following decades. It emerged in the USA in 2002 and then in the UK, Singapore, and Israel in 2018 and 2019.

The number of cases recorded between 2010 and 2019 was 10 times higher than in the 1970s and children ceded their status as the predominantly affected group to adults aged 20–40. From May to June 24, 2022, the World Health Organization (WHO) recorded 4,106 cases of infection with the virus in Europe, the Americas, the Middle East, and Australia.

“The spread of the virus was predictable because cases in Africa were rising and almost no one was paying enough attention,” says Clarissa Damaso, a virologist from the Federal University of Rio de Janeiro (UFRJ) who advises the WHO on research related to the smallpox virus, eradicated worldwide in 1980. “What is happening in Africa has been completely neglected, just as happened before with the Ebola virus, which has been causing outbreaks since 1976 and only gained attention in 2016 when it reached Europe and the US.”

What no one expected, she says, is the sustained community transmission of monkeypox that is driving the high number of cases.

First discovered in monkeys in a Danish laboratory in 1958, the monkeypox virus—which also infects wild rodents—causes a disease similar to human smallpox, although less severe. It begins with a headache and general body aches, fever, and swollen lymph nodes in neck and culminates in the formation of pustules—blisters on the skin—that release millions of viruses when they burst. Like smallpox, it also leaves scars on the skin.

In some countries, such as the UK, the largest group affected by the disease are men who have sex with men (MSM), although women and children have also been infected. Most experience a mild form of the disease. “One of the great difficulties in this current outbreak is tracking new cases,” says Damaso.

Monkeypox is mainly transmitted by contact with respiratory fluids, injuries, clothing, or objects belonging to infected people. The fatality rate (the number of deaths from all cases) varies from 10% in Central Africa to 3.6% in the west of the continent. That is less than smallpox’s average fatality rate of 30%, according to a review published in PLOS Neglected Tropical Diseases in February this year by scientists from the Netherlands, Switzerland, Germany, and the USA.

The authors attribute the advance of monkeypox in recent decades to the end of smallpox immunization in 1979. The vaccine provided cross-protection against all viruses of the genus Orthopoxvirus. Those who have not received a smallpox vaccine are therefore more susceptible to monkeypox than those who have.

On May 20, the Pan American Health Organization (PAHO), a branch of the WHO, distributed an epidemiological alert with recommendations on how to identify the virus and how to take care of people who are infected. In countries that have already recorded cases, health bodies emphasize that the current outbreak can be contained with preventive measures, including isolating infected people and ensuring they wash their clothes with hot water. Patients are treated with antivirals and other medication to combat the symptoms.

Following WHO guidance, Canada, the USA, and the UK began giving the smallpox vaccine to the close contacts of confirmed cases, the journal Nature reported on June 8.

“Outbreaks like this should not become a greater concern than the major one we are already facing,” says infectious disease specialist Marcos Boulos, a senior professor at the University of São Paulo (USP) and special advisor to the São Paulo State Health Secretary’s Department for Disease Control. The WHO says the risk of the situation worsening worldwide is moderate, but acknowledges that this is the first time the virus had appeared in so many countries at the same time.

According to Boulos, problems like this are to be expected, in a way. “Because of our very close relationships with animals, other viruses will appear, or they’ve already appeared and we haven’t noticed yet,” he says.

This is not the only poxvirus circulating in Brazil. Damaso and his colleagues identified cantagalo, a strain of the vaccinia virus, which is used in the Brazilian smallpox vaccine. The discovery was described in an article published in the journal Virology in November 2000. Initially found on small rural properties in the states of Rio de Janeiro, Minas Gerais, and Espírito Santo, cantagalo also causes pustules—on the udders of cows and on the hands and arms of people who milk the cows. In recent years, it has spread to other states, including in northern Brazil, via rural workers who milk cows by hand and work on multiple farms. There are no statistics on the number of people affected.