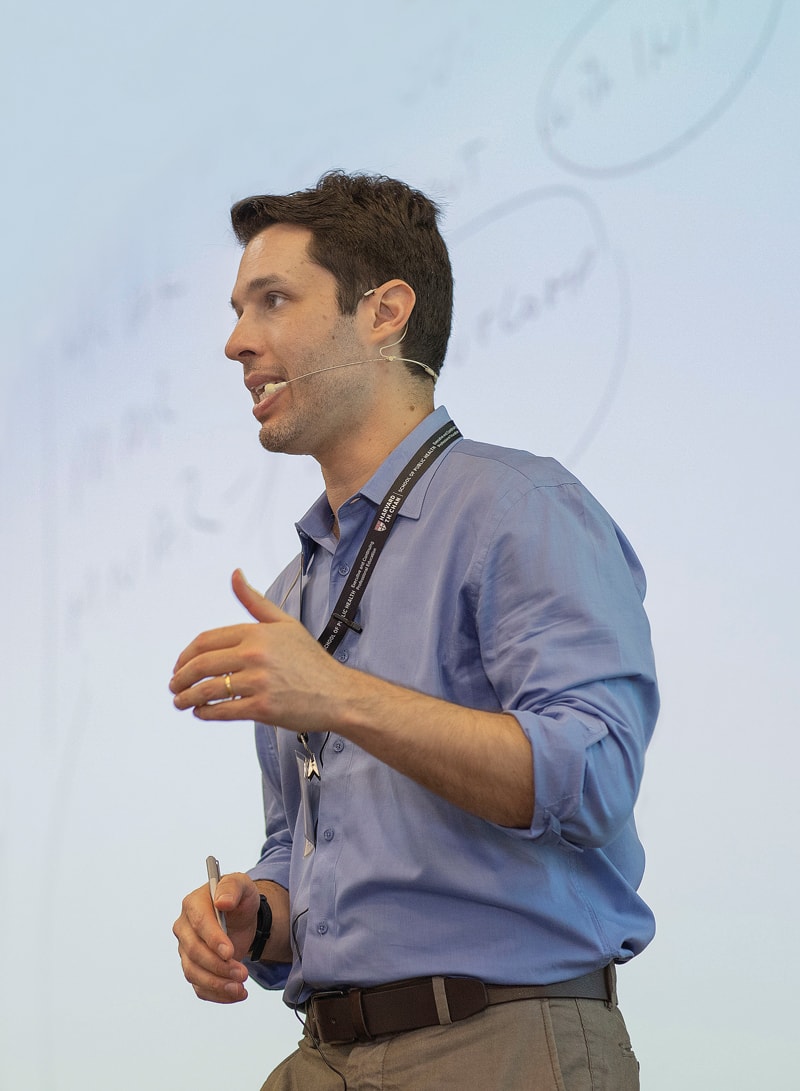 Physician and researcher Felipe Fregni, 44, from São Paulo, decided to specialize in the neurological field of brain stimulation at a time when few studies were being conducted on the subject in Brazil. After graduating from the School of Medicine at the University of São Paulo (FM-USP), he was encouraged by one of his professors to move directly onto a PhD. “When I was finishing part of my residency at Hospital das Clínicas in São Paulo, after my first internship at Harvard’s Beth Israel Deaconess Medical Center in Boston, I decided to study a PhD in medical sciences with a focus on psychiatry at USP,” he says.

The suggestion to study a direct PhD (without studying any other graduate course beforehand) was made by FM-USP psychiatrist Marco Antonio Marcolin, who had recently returned from South Carolina, where he had been studying the field of neurostimulation. In 2002, Fregni began studying transcranial magnetic stimulation in patients with Parkinson’s disease. At the end of his PhD, he was accepted as an assistant researcher at the same Harvard teaching hospital where he had interned. He planned to stay for just one year, but ended up completing three master’s degrees at the institution: the first in clinical research, drug development, and pharmacology, the second in public health, and the third in education and new technologies.

Despite having established a career in the USA, Fregni maintains professional ties with Brazil. He is a researcher for the São Paulo Excellence Chair program, which aims to encourage top scientists from other countries to create and participate in research groups at São Paulo universities. In February 2018, he started a project in partnership with the FM-USP Rehabilitation Department to investigate inhibitory brain networks, which are often compromised in patients who have suffered spinal cord injuries, amputations, osteoarthritis, and strokes. “When we speak or perform a specific motor activity, we need to inhibit the other neurons that are not being used for this action,” he explains. “The brain activity of patients with neural injuries is disorganized, meaning their neurons do not function properly together.”

The study involves 500 patients and aims to investigate brain inhibition markers that in the future could be used to study the effectiveness of existing treatments such as physical therapies, electrical stimulation, and noninvasive neurostimulation. “We don’t yet know for sure which of these treatments is best suited to each case. This study aims to understand these specific aspects,” he says.

In July this year, Fregni was awarded the Presidential Early Career Award for Scientists and Engineers (PECASE) for his research in the field of neurology. It is the highest honor awarded by the US government to early-career scientists. “It is an important award because it recognizes scientists with the potential to guide future generations of researchers,” he says.