Glyphs depicting a two-headed serpent (left) and a bird

Archaeologists from Japan have identified 143 new drawings—or geoglyphs—of animals, plants, and people in the Nazca desert, near the coast of Peru. Field work and three-dimensional image analysis by a team led by Masato Sakai, professor of cultural anthropology at Yamagata University in Japan, led to the discovery of 142 new geoglyphs. A four-meter-high, two-meter-wide image of a humanoid was identified using artificial intelligence developed by IBM, which is capable of processing a huge number of high-resolution aerial images. Recognized as a World Heritage Site by UNESCO in 1994, the so-called Lines and Geoglyphs of Nazca and Pampas de Jumana are spread over an area of approximately 450 square kilometers, depicting imaginary beings, animals, and hundreds of other large geometric figures—one of them, 135 meters long, depicts a monkey. Estimated at between 2,500 and 2,200 years old, they are thought to have been used in rituals by pre-Inca peoples. As well as studying the region since 2004, Sakai’s team has endeavored to preserve the archaeological site, which is under threat due to urban and agricultural expansion. Last year, a truck on the Pan-American Highway veered off the road and left tire tracks on three geoglyphs. In 2009, heavy rains flowing off the highway damaged three fingers of a hand-shaped glyph (Yamagata News, November 15; Smithsonian.com, November 21). 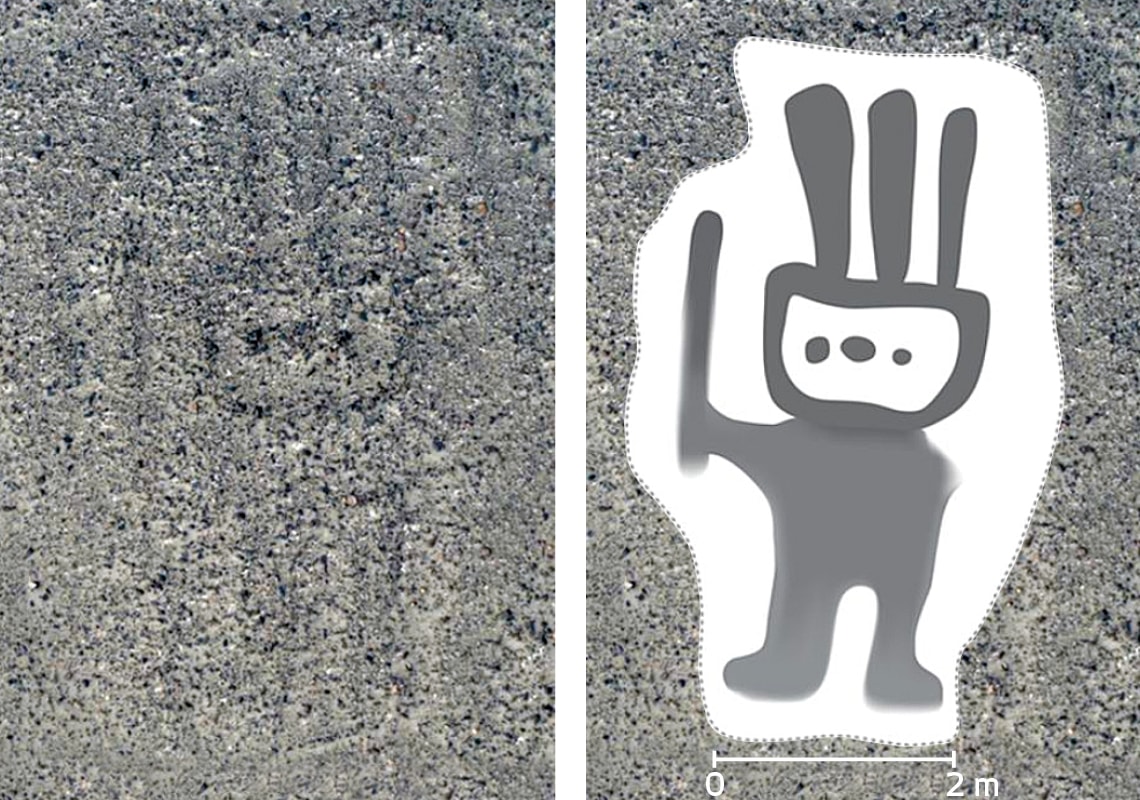