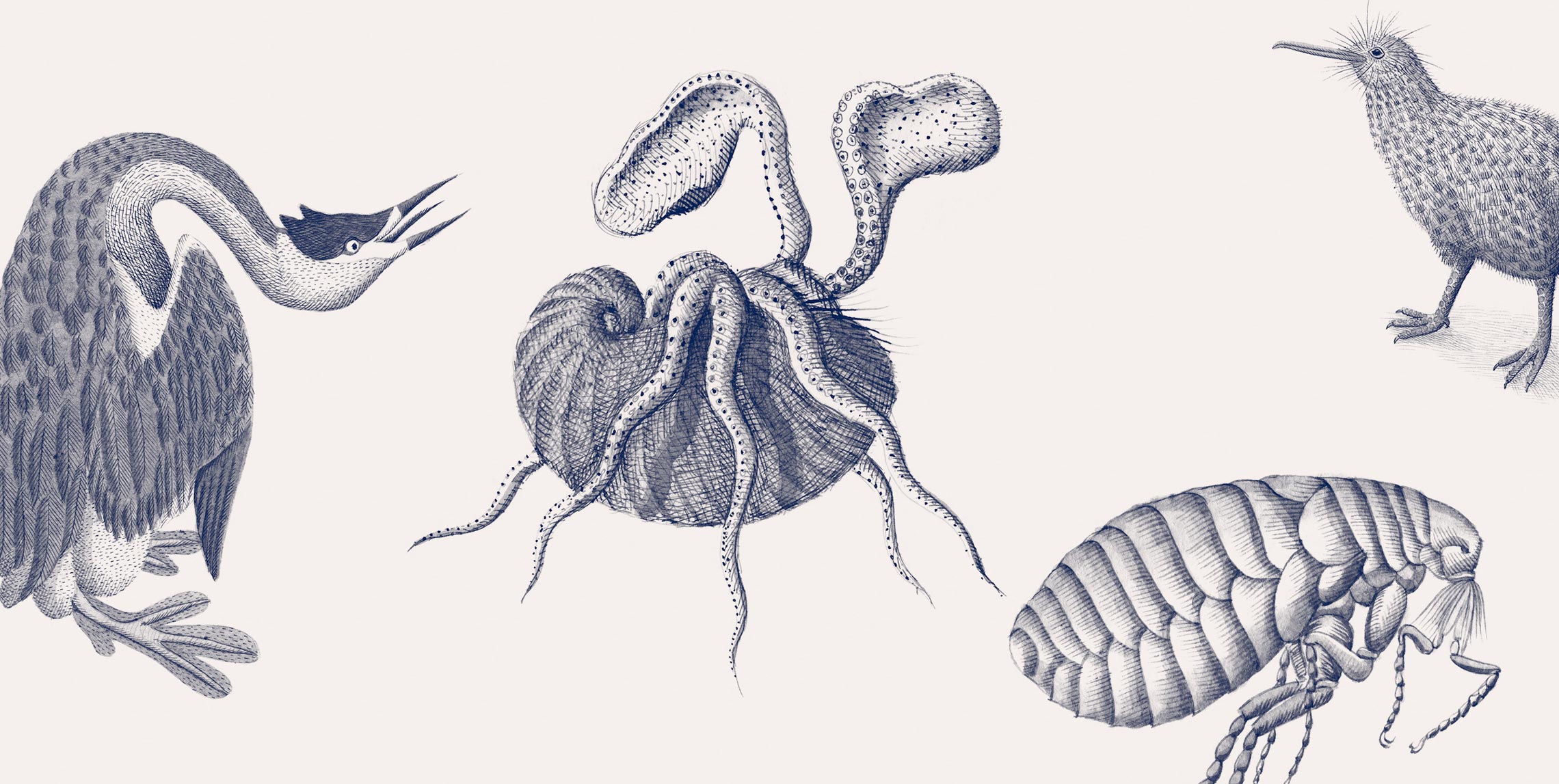 If a group of evolutionists were locked in a room until they reached an agreement on the best definition of a species, it is possible they could be there forever. Amidst the tools and concepts of the diverse areas of biology—genetics, anatomy, physiology, ecology—it is difficult to prioritize and decide which determines the boundaries between one organism and another. There are some who say that species do not really exist, as each organism is a transitory moment of a lineage. The discussion can be modern and full of details that depend on discoveries of recent decades, but it is rooted in what the British naturalist Charles Darwin (1809–1882) published almost 160 years ago in On the Origin of Species. Not by chance, a revolutionary publication in its context. This year, Brazilian readers received two beautiful editions of this classic, with the most recent published by Ubu, with translation and organization by philosopher Pedro Paulo Pimenta, professor at the School of Philosophy, Languages and Literature, and Human Sciences at the University of São Paulo (FFLCH-USP). “The species is the variety that endures while we are watching,” he summarizes. The evolutionary vision ends up making this classification category somewhat artificial, and not much more than a name.

Pimenta began coordinating the volume by planning the critical elements. Besides targeting its presentation to a wide audience, and discussing the context of the thinking of the time, the compilation covers the writings of Darwin and his contemporary Alfred Russel Wallace (1823–1913), presented at the Linnean Society of London as a coauthored collection on the theory of species modification by natural selection. It also includes three drafts from that time period, two chapters included by Darwin in subsequent editions of On the Origin of Species, and a providential glossary of who’s who in this evolution of knowledge. The philosopher also took on the translation of the book, with the goal of producing a text that read well in Portuguese, without losing the flavor of the 19th century. “I maintained the style, syntax, and terminology true to the original,” he recounts. 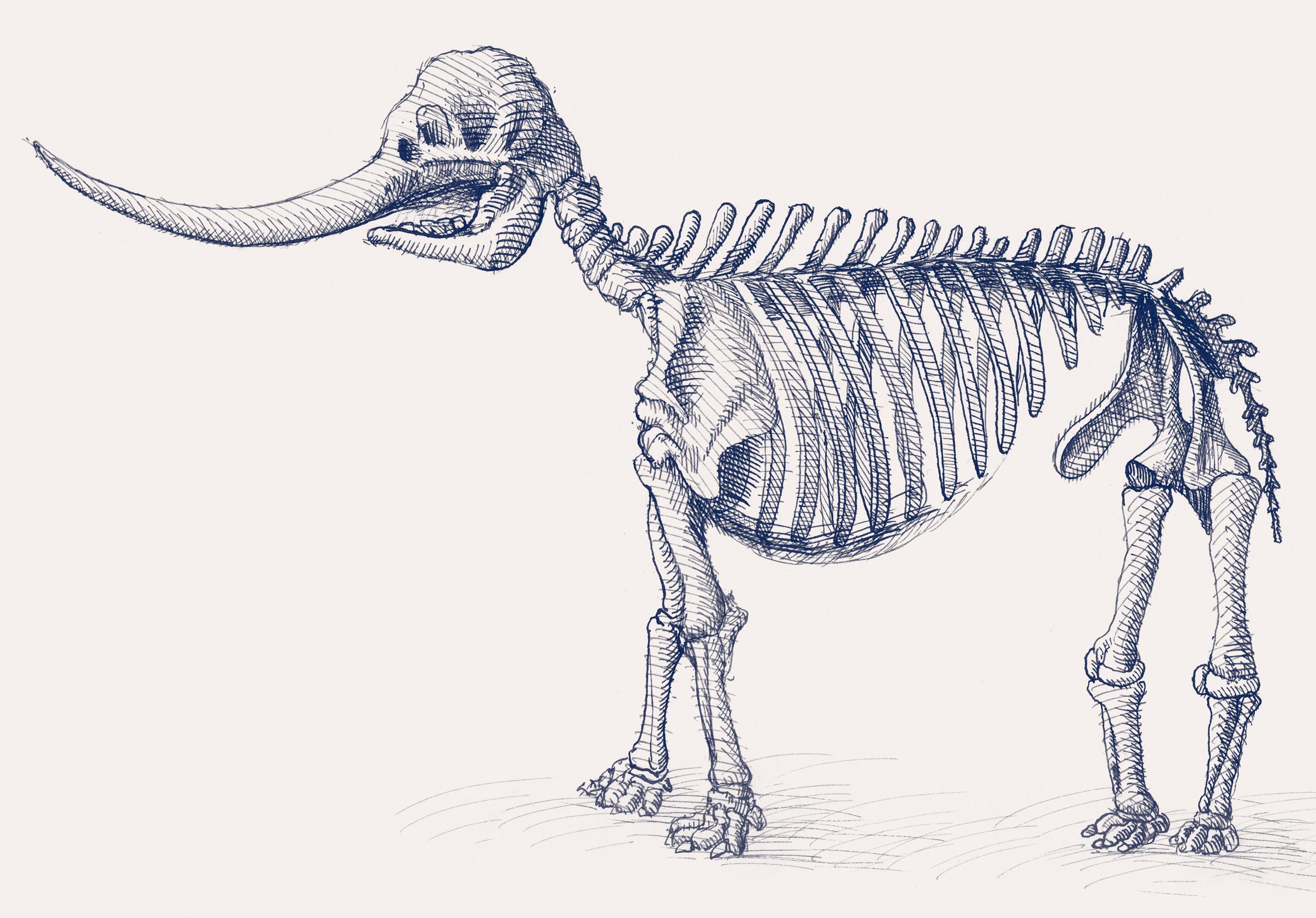 A historical sketch, which was a chapter that Darwin added to a third edition, records the input of predecessors who contributed to his conclusions. Right at the beginning, Pimenta calls attention to an error in a reference to the ancient Greek philosopher Aristotle, as if he had been a certain precursor to the transformational or evolutionary ideas. A footnote explains that the Brit received from a friend a flawed translation of the essay On the parts of animals. Biologist Nélio Bizzo, professor at the Faculty of Education at USP and a specialist in the works and thinking of Darwin, outlines that Aristotle had the habit of writing down a segment, by another author, on which he planned to comment in order to then weave in his criticism. Darwin’s associate had sent the translation of this first part. “In fact, it was by Empedocles and not Aristotle,” confirms Bizzo, who is responsible for the organization and technical revision of publishing house Edipro’s edition of On the Origin of Species, also published this year.

Among the predecessors is French naturalist Jean-Baptiste de Lamarck (1744–1829), who, in his Zoological Philosophy of 1809, showed forms of living beings in constant transformation as a result of relating with their surroundings. British geologist Charles Lyell (1797–1885), who was considered the founder of modern geology, also contributed the idea that geological processes that directed the current configuration of the world are the result of a very slow process over millions of years, teaching that fossil records would be testimony for organisms that are part of this life narrative. At a time when continents were seen as fixed, it was difficult to explain biological similarities observed between different continents, and at times Darwin summoned glacial eras (controversial at the time) that would have formed crossable bridges. They were creative solutions from a mind that relied on facts but could transcend them to make unprecedented connections.

This historical view suggests that the 19th century was prepared, to a certain extent, to accept offspring with modifications by natural selection as an explanation for the occurrence of biological diversity. The best proof of this were the similar conclusions reached by Alfred Russel Wallace at almost the same time. But Darwin had arrived there first and developed his explanations further, earning him a prominent position in the compilation organized by Lyell and botanist Joseph Hooker (1817–1911) in London. 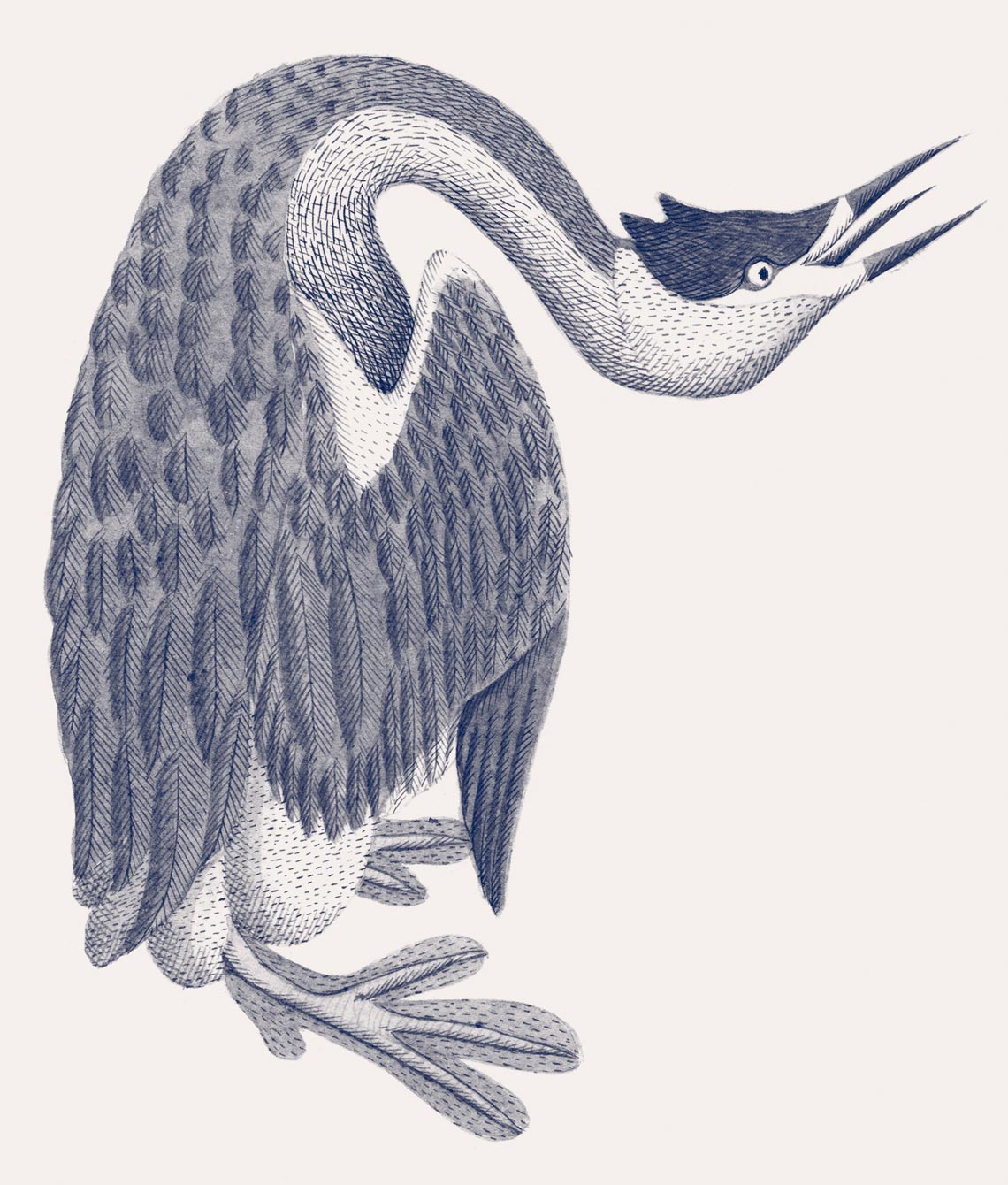 At first glance, it is surprising that a reading of a political economic treaty, An essay on the principle of population, published in 1798 by British economist Thomas Malthus (1766–1834), had precipitated Darwin’s understanding that not all who are born can survive, that something in the environment identifies the more probable survivors and that this can be what is behind how species modify over a longer timeframe than what seems possible in the creationist view. But in a certain way, this crossover of knowledge areas does not seem so unprecedented—it was common for economics to borrow terminology from physiology, for example.

Critiques published at that time highlight the controversial character of the publication and seem to be the result of a commercial strategy, according to Bizzo. He says that, before the book release, samples were sent to influential people in different countries—focusing on England, Germany, and the United States—with the expectation of qualified feedback. “It was a global marketing strategy, also thinking of the possibility of reprints in the United States.”

One of the critiques included in the volume organized by Pimenta is by British paleontologist Richard Owen (1804–1892), who was an opponent to Darwin’s theory. Based on paleontological knowledge, he rejected any speculations that could not be proven, particularly the notion of humans being transmuted monkeys. American botanist Asa Gray (1810–1888), who was one of the founders of natural history in the United States and one of the first converts to the new idea, defended the publication despite showing concern with the conflict related to religious views. Zoologist Thomas Huxley (1825–1895), another ally of Darwin, highlighted the impossibility of proving the theory—something that has been gradually undertaken to this day.

Much of the science involved in On the Origin of Species has already expired, but the thought that it stimulates still prevails

The strategy to reach a broader audience also appears within the text. “Why does a treatise about the rise of a species begin talking about various types of pigeons?” questions Pimenta about the first chapter, “Variation above domestication.” It seems contradictory, but the objective soon becomes clear: by understanding artificial selection, which depends on the intention of the creator (lower case) over the course of human existence, and results in pigeons with unprecedented configurations of feathers (creating these birds was an accomplishment in England at that time), natural selection, which followed, becomes more attainable for the reader—which is not to say it becomes commonplace.

“The book is unpalatable on many aspects,” notes the philosopher. One example is the fact that natural selection turns a blind eye to the possibility of survival, rather than following a specific objective. Unlike the deliberate path taken by breeders in artificial selection, the natural effects are disconnected from intention. This view, which is intrinsically atheistic, created discomfort for opposing a foreseeable divine order. “Darwin was ingenious to perceive that that which can adapt can survive, but an organism does not have the capacity to see the next step,” says Pimenta, noting that even the Brit had difficulty in accepting the flaws of this view.

Part of the problem is the slow process of natural selection. Pimenta provides the example of the extinction of the Pleistocene fauna, about 11,000 years ago, which resulted from human intervention. Nevertheless, its decline did not happen overnight and, strictly speaking, it has not yet run its course. “We’ve been killing the elephant for 30,000 years now,” he says. “We have succeeded, but we do not know for how long.” 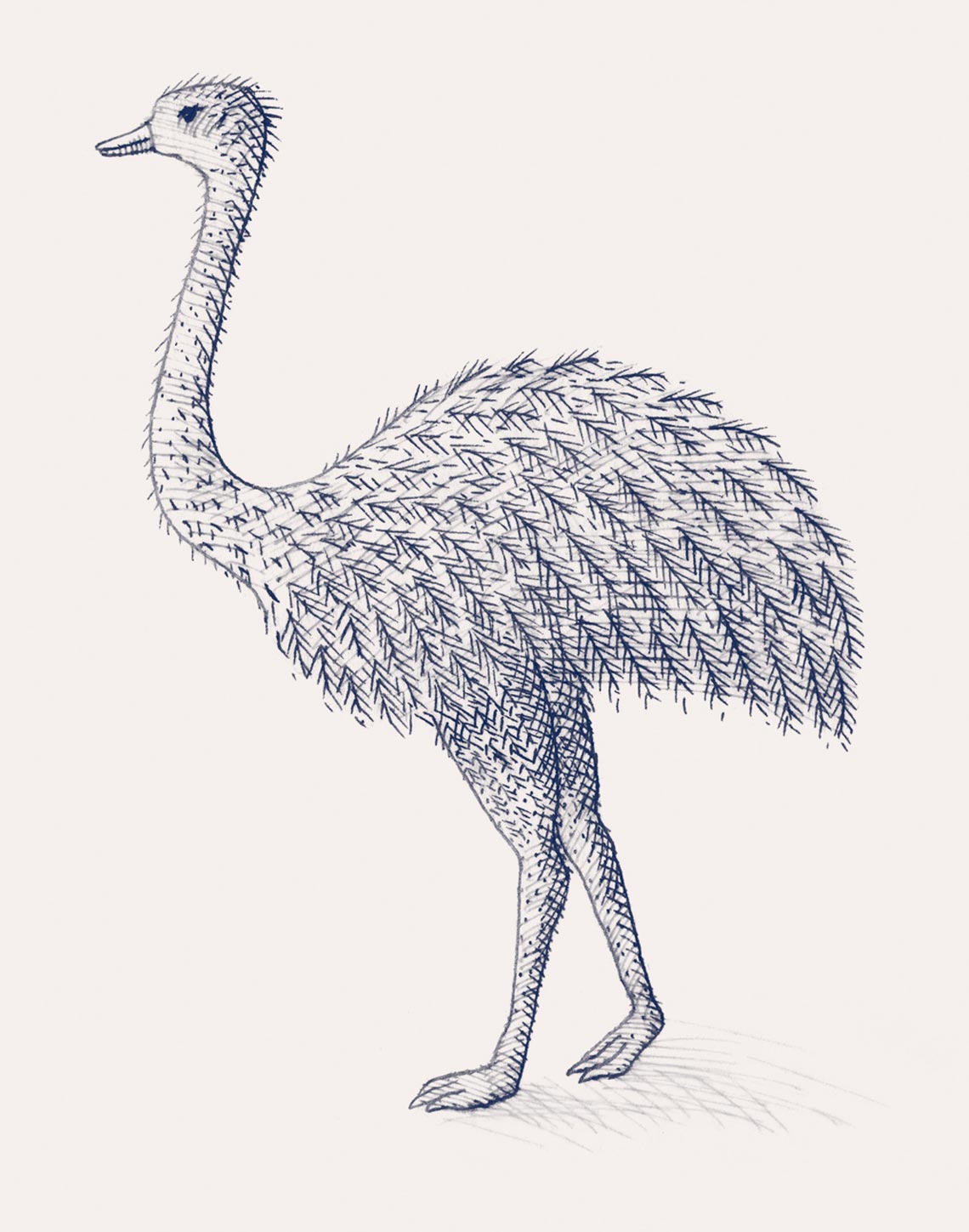 Alex Cerveny/UBUAnother sacred view that was damaged by On the Origin of Species is that humans should be at the peak of evolution, as if the only purpose of everything that came before was for our creation. This idea is not really foreign today, as it is difficult to see a world without people. “Darwin was going down a path that would bring an end to the primacy of mankind, but then took a step backward,” notes Pimenta: the amazing moral characteristics of the human brain would be an evolutionary component as any other.

“Darwin’s theory is influential because it is very strong from the perspective of structure,” examines Pimenta. Much of the science involved there has already expired—for example, the concepts of anatomic structure, embryology, and heredity—but the thought that it stimulates still prevails. “It can be subversive when someone sits down and reads it.” On the other hand, Bizzo argues that it should be read in a second phase of study, with a modern view already established. “Reading Darwin to reach a current understanding of evolution is a mistake.” That said, he confirms that understanding how he acquired this knowledge, and how it changed radically, is fuel for creative thinking.

Today, the reader can choose between a version contextualized by critical texts organized by Pimenta, and Darwin’s original text, with detailed comments provided by Bizzo’s technical review—or read both. In 2019, the 160th anniversary year of On the Origin of Species, the publication of Natural Philosophy by Lamarck of EDUSP enriches the context and could generate strong debates in February, the month when Darwin Day is traditionally celebrated on the occasion of his birthday.