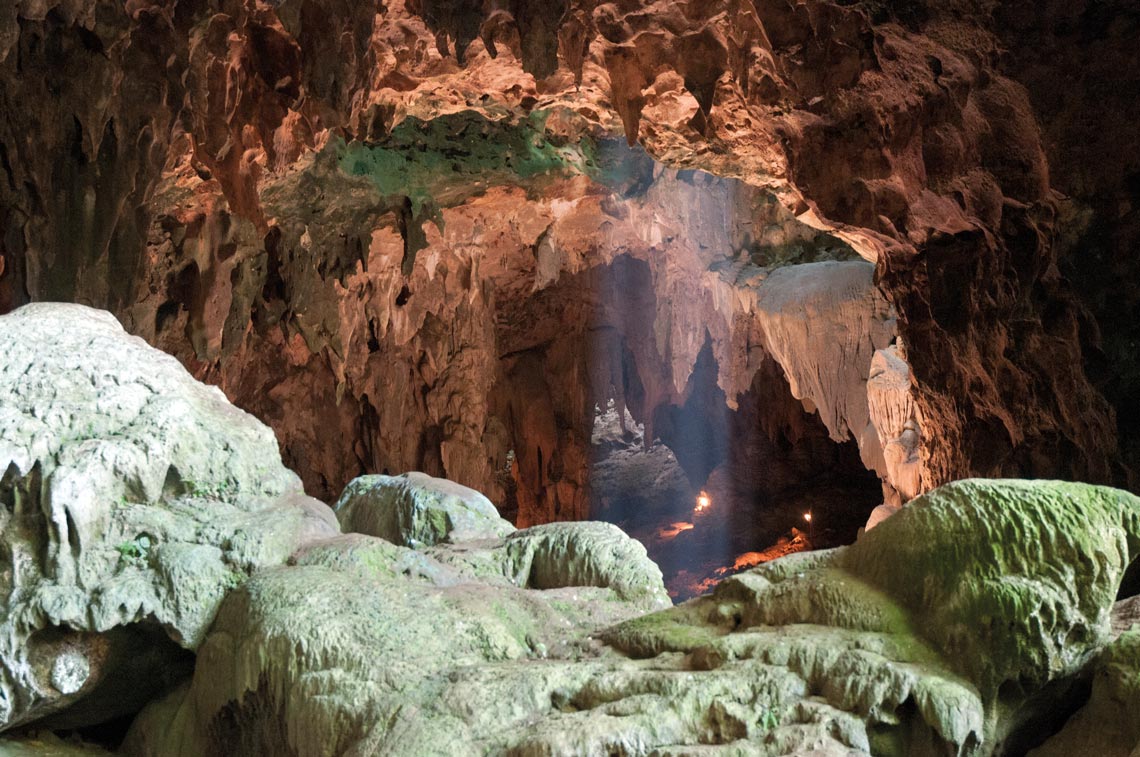 Callao Cave on the island of Luzon, where Homo luzonensis fossils were found

Bones and teeth found in a cave on the island of Luzon in the northern Philippines have been attributed to a new species of early humans called Homo luzonensis, which may have lived in the region more than 50,000 years ago. The fossilized remains were excavated between 2011 and 2015 by the Florent Détroit paleoanthropology group, from the French Museum of Natural History, and Armand Salvador Mijares, from the University of the Philippines. The findings include two finger bones, two toe bones, part of a femur, and seven teeth. They belonged to two adults and one child. One of the fossils was dated at 50,000 years, but it is possible that the species, which may have been no more than five feet tall, had lived there for some time. In 2007, the same group found the bone of a right foot in the cave, dated at 67,000 years. The size and shape of the new bones and teeth led the researchers to conclude that all are from a previously unknown species (Nature, April 10). The teeth bear similarities to ancient and modern species of the genus Homo. The ratio between the molars and the premolars, however, is different to that of any known species. The bones of the hands and feet are curved, possibly to adapt to climbing trees. The new species is the second identified in Southeast Asia this century. In 2004, Homo floresiensis was described—a hominid species that grew to just over three feet tall and lived further south, in Indonesia.