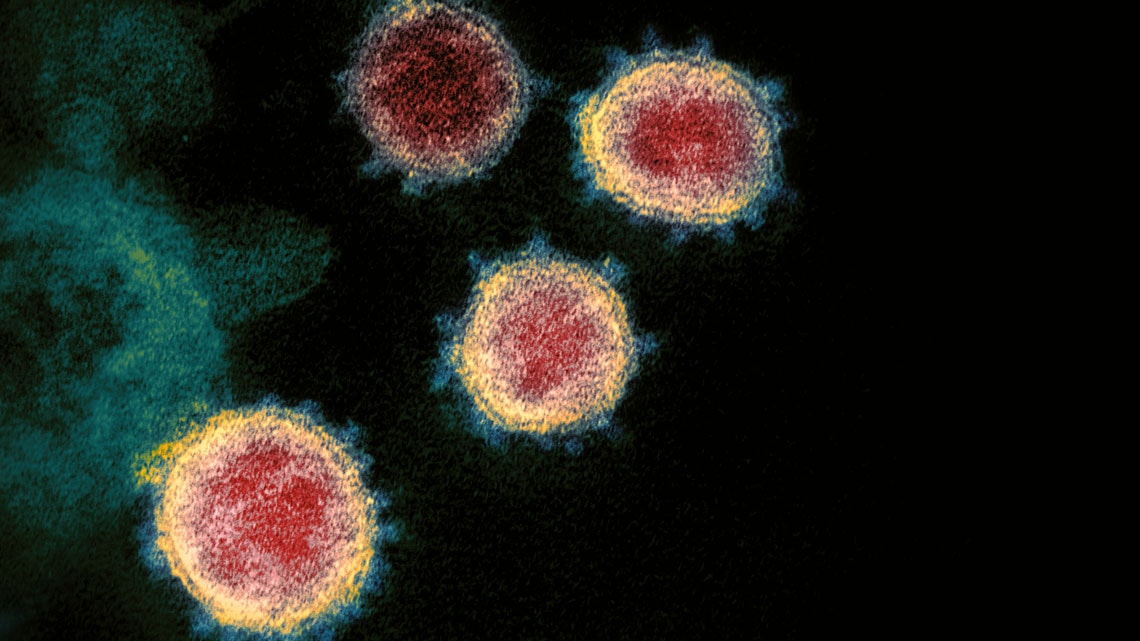 The spheres are the new coronavirus (SARS-CoV-2), isolated from a patient in the USA and examined by transmission electron microscopy

The new coronavirus outbreak, which began in China in December, exploded in late February. On the 26th, the Brazilian Ministry of Health confirmed the first case of the virus called SARS-CoV-2 in the country (and the first in South America), in a 61-year-old man who had traveled to Italy. At that time, the European country was becoming a hotspot for the disease, with 322 people infected and 12 deaths. Algeria, Austria, Croatia, and Switzerland also recorded their first cases on the 26th, all in people who had recently been to Italy; the day before, the World Health Organization had reported confirmed cases in Afghanistan, Bahrain, Iraq, and Oman.

The disease-causing type officially named Covid-19 had infected 81,000 people and caused 2,761 deaths in 37 countries by the end of February. In the USA, which at that time had 53 confirmed cases, the Centers for Disease Prevention and Control (CDC) issued an alert, warning the population of the imminent outbreak, a growing number of cases, and expected impacts on day-to-day life. Like other viruses that affect the respiratory system, the new coronavirus is transmitted between humans through droplets of saliva released when people speak, sneeze, or cough.

“This will be another flu that humanity will have to deal with,” said Health Minister Luiz Henrique Mandetta at a news conference in Brasília on the 26th, when commenting on the first Brazilian case. A man in his sixties was infected some time between February 9 and 21, while working in the Lombardy region of northern Italy.

After returning to his home in São Paulo, he showed signs of severe flu, and on the 24th, he went to Hospital Israelita Albert Einstein, where the virus was diagnosed, later confirmed by the Adolfo Lutz Institute. The patient’s symptoms were not severe enough to require hospitalization and he returned home. He is currently being monitored and the people with whom he has had contact on the flight back to Brazil and in São Paulo are being traced and monitored by teams from the Brazilian Health Regulatory Agency (ANVISA) and state and municipal health departments. 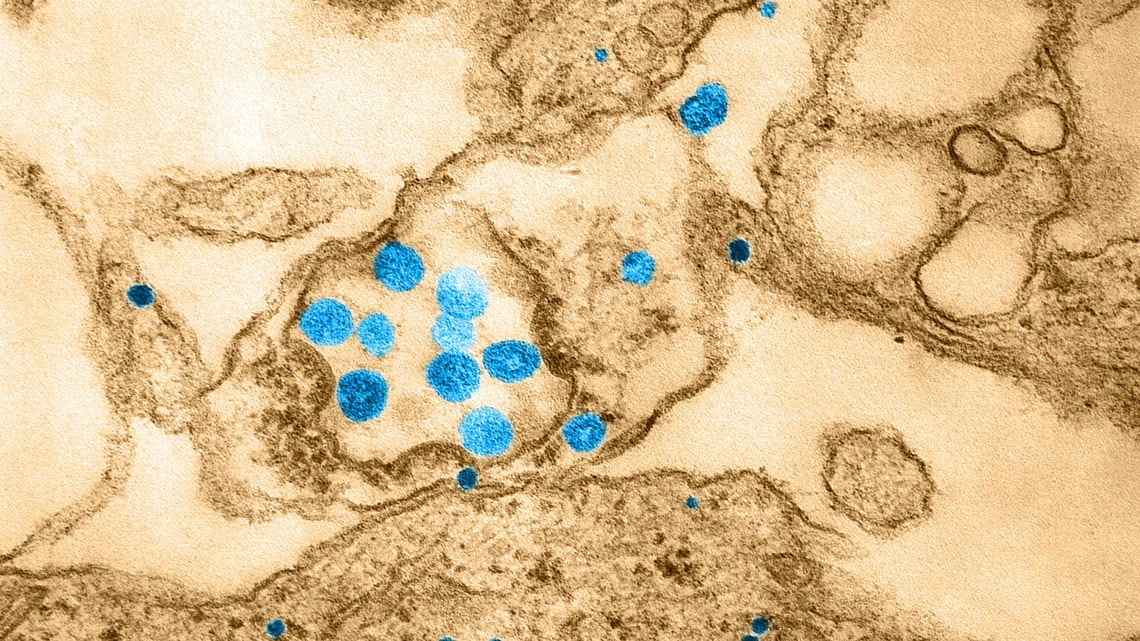 The blue circles show HCoV-229E, one of the four types of coronavirus detected in people in Brazil, examined by transmission electron microscopyScience Source / Fotoarena

By the end of the month, there were 20 more suspected cases being monitored in seven states (Paraíba, Pernambuco, Espírito Santo, Minas Gerais, Rio de Janeiro, São Paulo, and Santa Catarina). Of that total, 12 had recently traveled to Italy, where the outbreak began with a Unilever employee who sought treatment at a hospital in Codogno, Lombardy. Because he had not visited China, he was not deemed a suspected case and was later discharged. By the time his wife remembered that he had met with an Italian who had been in the Asian country, the man had already infected her and numerous doctors and hospital patients. The Italian government closed schools, shut down cities, and banned gatherings in churches and bars. Iran also temporarily closed schools and canceled cultural events after the number of confirmed cases jumped from 95 to 139 and deaths from 15 to 19 in just a few days.

Of the seven known types of coronavirus that have jumped from animals to humans, four had already been detected in Brazil before confirmation of the country’s first patient with SARS-Cov-2, which emerged in China in December. The two most dangerous types have never been diagnosed in the country: Severe Acute Respiratory Syndrome (SARS), which killed about 800 people in 2002 and 2003; and Middle East Respiratory Syndrome (MERS), which has caused 858 deaths since 2014.

The other four types that have adapted to human beings, identified since the end of the last century and found in Brazil, are: HCoV-OC43, which probably came from cattle but originated in rodents; HCoV-NL63, from bats, just like SARS and Covid-19; HCoV-229E, which came from camels but originated in bats; and HCoV-HKU1, from rodents.

“They jumped from wild animals to humans in isolated and rare episodes and arrived in Brazil through human to human transmission. They are always present, but in general they do not cause any serious problems,” says virologist Paulo Eduardo Brandão, from USP’s School of Veterinary Medicine and Animal Science (FMVZ). In healthy adults, these respiratory diseases usually disappear within a few days, but in children, the elderly, or those with underlying heart or respiratory problems, they can be more serious. 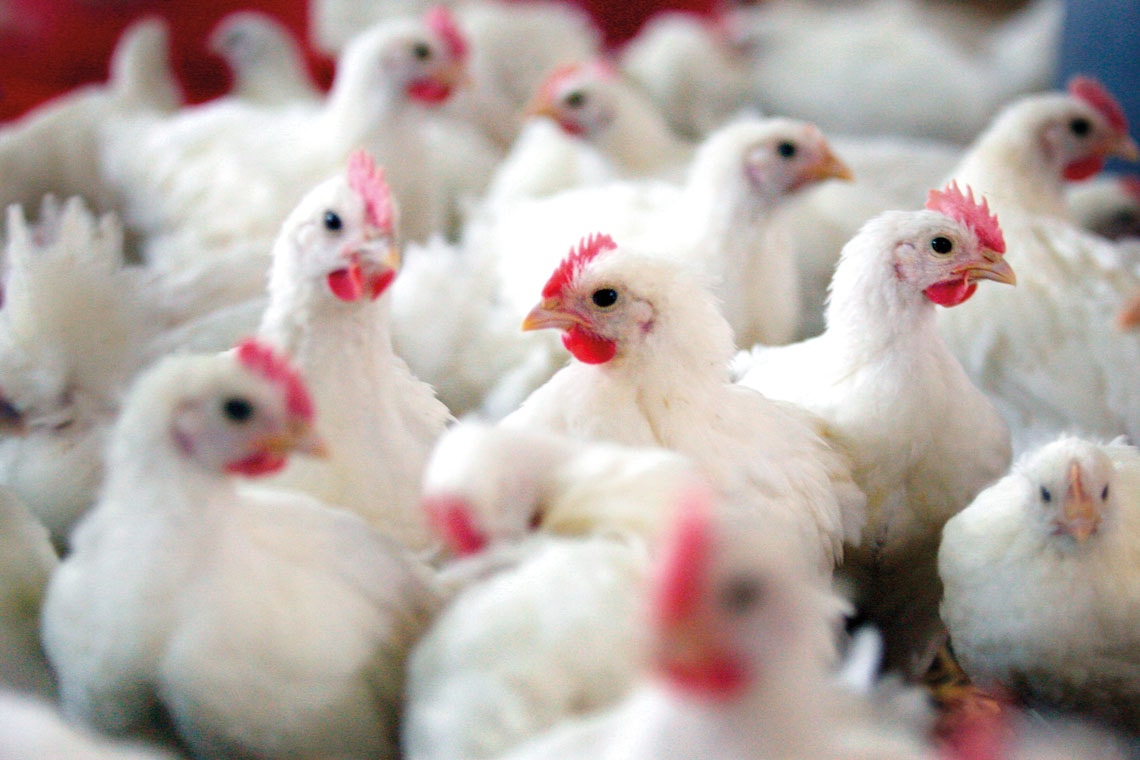 “Currently, there is no danger that other coronaviruses seen in cattle, birds, dogs, and cats will infect people, because the viruses do not have the cell receptors they would need to adhere to human cells,” says Brandão. HCoV-OC43, which likely came from cattle, is an unexplained exception. “The only ones capable of interacting with the human organism are those seen in wild animals, like bats.” This is because bat coronaviruses adhere to the angiotensin-converting enzyme (ACE), through which they bind to the membranes of cells in the nose, throat, and lungs. The risk of cross-species transmission is greatest when handling dead animals and during contact with blood and fluids from the lung or intestine, which may be contaminated.

The HCoV-OC43 and NL63 coronaviruses were identified in 3.1% and 1.5% respectively of a group of 150 children aged 3 months to 10 years who were admitted with pneumonia between November 2014 and April 2016 to two public pediatric hospitals: Dr. Odorico de Amaral Matos and Dr. Juvêncio Mattos, both in São Luís, Maranhão. The study was carried out by researchers from Ceuma University, a private institution in Maranhão’s state capital, in partnership with doctors from both hospitals. It was published in the Journal of Medical Virology in October 2019. In the study, the most common types of virus in the children were human rhinovirus (68%), respiratory syncytial virus (14%), and adenovirus (14%).

A team from the Federal University of Paraná (UFPR) identified the four human coronaviruses in 7.6% of 444 children and adults admitted to the UFPR teaching hospital with severe respiratory infections in 2012 and 2013. According to a May 2016 study in the journal Pathogen and Global Health, three of the patients with coronavirus in this group died of the respiratory infection.

“Having coronavirus, whether alone or in association with rhinovirus C, is an indication of the severity of an infection and the need for admission to the intensive care unit,” says virologist Eurico Arruda, from the Ribeirão Preto Medical School at the University of São Paulo (FMRP-USP). In collaboration with pediatrician Alessandra Matsuno, Arruda found one of the four human coronavirus types in 11% of a group of 236 children aged 3.5 months and admitted to the university’s teaching hospital with respiratory problems in 2008 and 2009. The results of this study were published in PLOS ONE in June 2019. 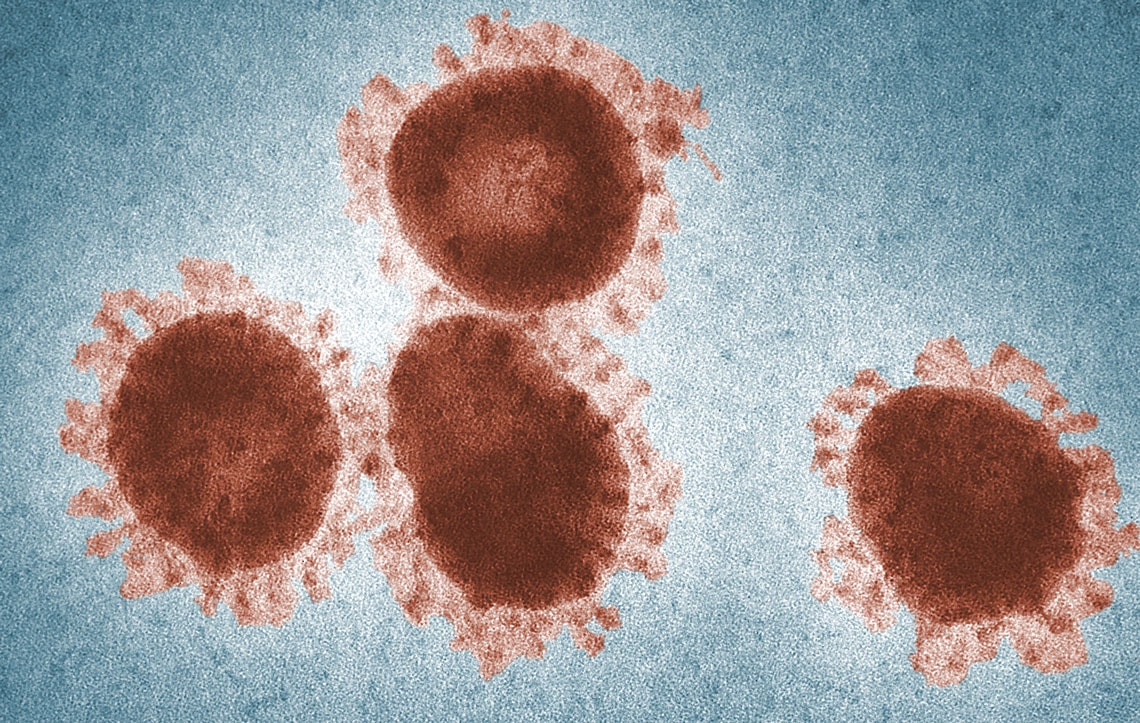 …. One of them, the cause of infectious avian bronchitis, is highly contagiousFred Murphy Um and Sylvia Whitfield / CDC

This type of virus spreads more easily in densely populated areas like China—where most people are infected in the current outbreak—especially in the winter. Crowded places and inadequate sanitation contribute to transmission, say researchers from USP and Hospital Israelita Albert Einstein, who in 2005 and 2006 examined the prevalence of respiratory viruses in 282 children aged 5 and younger living in Paraisópolis, a São Paulo neighborhood with 42,000 inhabitants. The children had at least two symptoms of respiratory infection (cough, blocked nose, difficulty breathing, wheezing, and fever). As reported in the Journal of Medical Virology in November 2019, the researchers found coronavirus in 34 (13.5%) of the 252 children with some type of virus.

Another form of transmission is through breathing air from caves inhabited by infected bats. For this reason, virologist Peter Daszak, president of the EcoHealth Alliance, an American nongovernmental organization specializing in emerging diseases, insists that his team use masks, gloves, and protective clothing when entering caves in rural China to identify refuges of viruses that could jump to humans.

In October 2015, Daszak and his team collected blood samples from 218 residents of a village in southwestern China located 1.1 km and 6 km from two caves inhabited by bats. In an article published in the journal Virologica Sinica in February 2018, they reported that most of the villagers (97%) had had contact with wild animals, and 3% of them had antibodies against the coronavirus, although they had suffered no symptoms of respiratory infection. “People in these rural communities were exposed every day because they work outside and many of them hunt wild animals for food, including bats,” Daszak told Pesquisa FAPESP.

According to him, outbreaks of emerging diseases are occurring more frequently because of the increasingly close contact between humans and wild animals due to deforestation, road construction, intensive agriculture, and illegal trade. The modern world is so connected through air travel that any new virus in a remote region has a much greater risk of spreading.