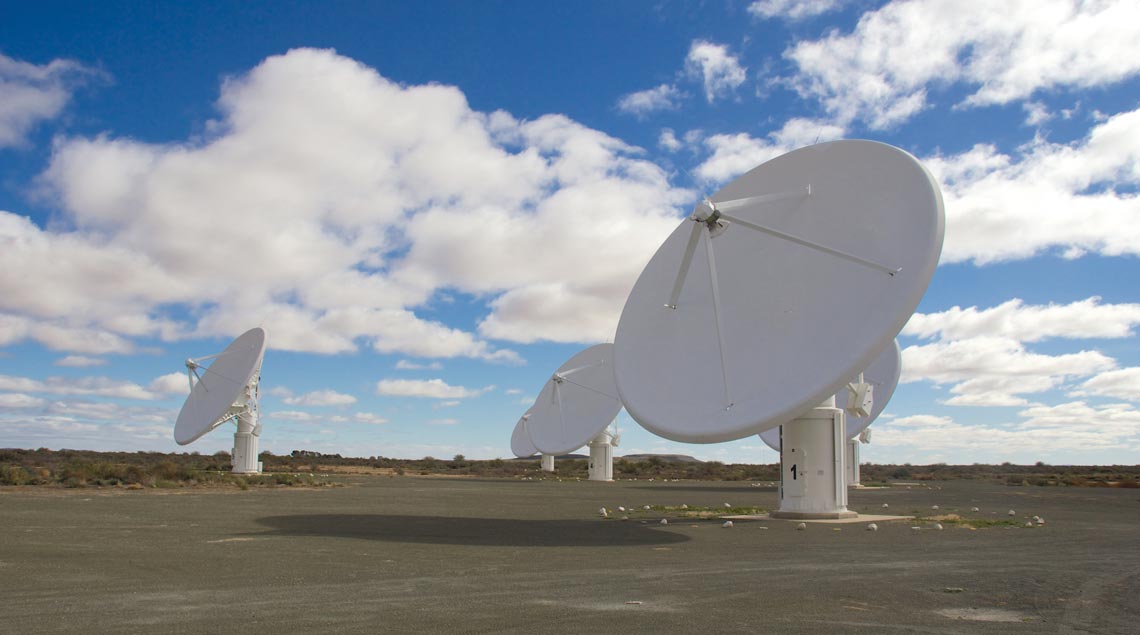 After three and a half years of negotiation, representatives from seven countries came together in Rome on March 12 to sign a treaty establishing the intergovernmental organization that will oversee construction of the world’s largest radio telescope, the Square Kilometer Array (SKA). Named the SKA Observatory (SKAO), the new entity replaces the organization that was responsible for planning and preparing for the project. SKAO will have the authority to sign contracts for construction of the telescope, scheduled to begin in 2020 and expected to take seven years. Australia, China, Italy, the Netherlands, Portugal, South Africa, and the United Kingdom signed the document in the Italian capital. India and Sweden, which both participated in the negotiations, are still discussing the matter internally before signing the treaty. Together, the nine countries are considered the founding members of the organization. The treaty still needs to be ratified by the governments of each country before it comes into effect, which could take up to a year. “We have laid the foundations that will enable us to make the SKA a reality,” French astronomer Catherine Cesarsky, chair of the SKA board of directors, said in a statement. Headquartered in Manchester, UK, the radio telescope network will be built in South Africa and Australia. The initial construction phase is expected to cost US$760,000 and will involve the installation of 130,000 small antennas in Australia and another 130 large antennas in South Africa, which will complement the 64 on SKA’s prototype telescope, the MeerKAT. Eventually, SKA will have thousands of antennas in Africa and almost a million in Australia. The project will allow scientists to study the evolution of the Universe and to look for signs of life in the Cosmos.