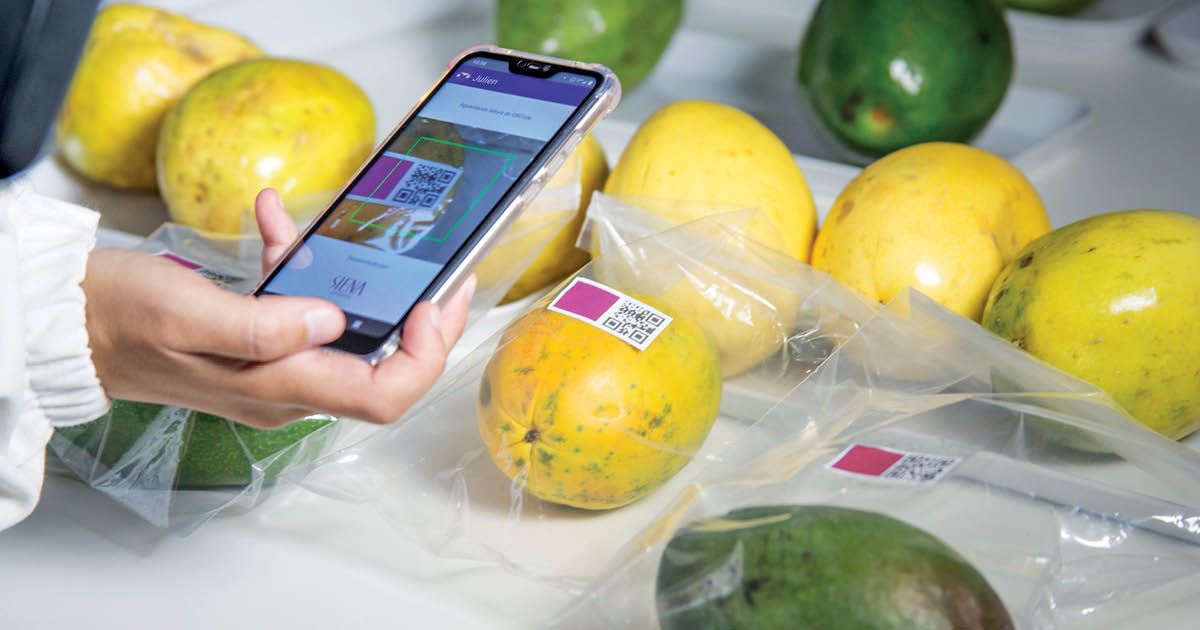 A partnership between the Brazilian Agricultural Research Corporation (EMBRAPA) and Siena Company has resulted in the development of a sensor that monitors the ripeness of fruit (above). The device is a seal containing nanoparticles of a silica-based compound that can be stuck to the packaging or surface of the fruit. As they ripen, some fruits release ethylene gas, which reacts with the sensor and causes it to change color. A mobile application reads a barcode and the color of the seal, returning information about the fruit’s origin and its ripeness. Named Yva (meaning fruit in Tupi-Guarani), the sensor was tested on mangoes and papayas. “As far as we know, there is no such product on the market,” says Marcos Ferreira, a researcher at EMBRAPA who helped create the sensor, which could reduce wastage in the production chain.