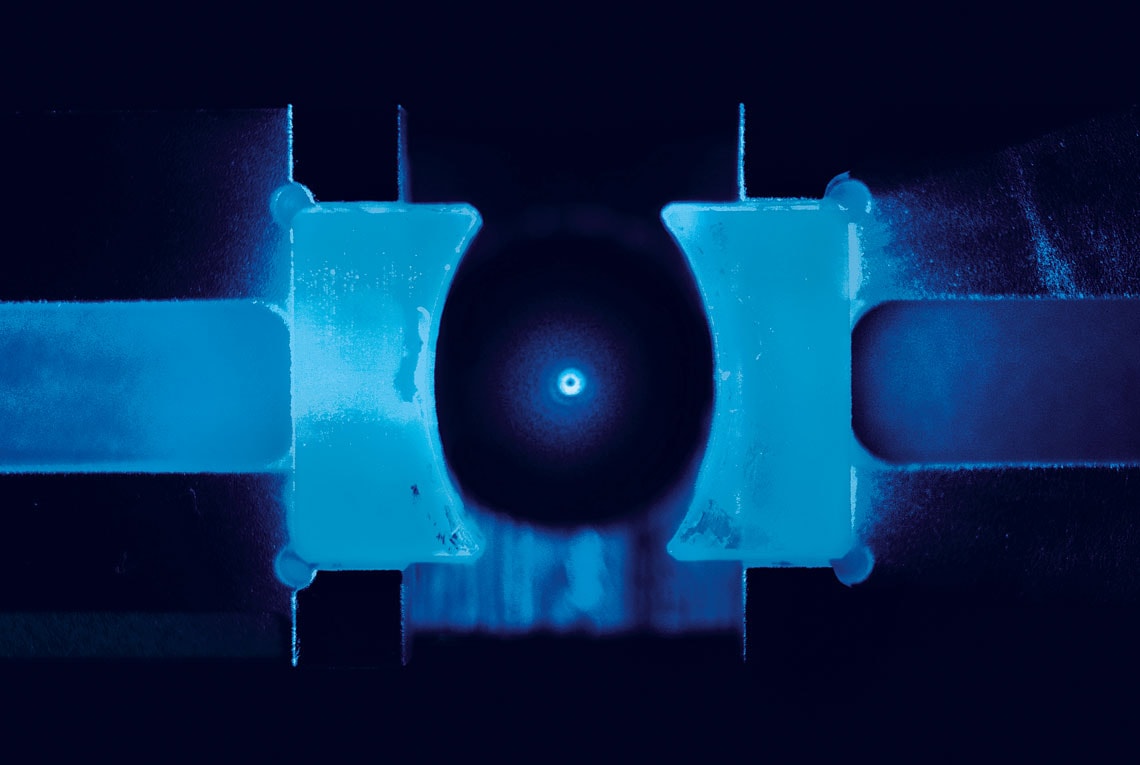 In studies of the fundamental properties of particles, laser beams are commonly used to cool atoms, or very simple molecules formed of two atoms, until they come to an almost complete stop. Now, a research group in Austria led by physicist Markus Aspelmeyer, from the University of Vienna, has achieved an unprecedented feat. Using laser beams, the group cooled the first solid state object—a nanometer fragment of glass (silica) a thousand times smaller than a grain of sand—to 12 millionths of a degree above absolute zero (-273.15 degrees Celsius) (Science, January 30). At absolute zero, atoms and molecules reach the lowest possible energy level and stop moving. “By changing the optical trap, or even switching it off, we can manipulate the nanoparticle motion in completely new ways,” physicist Nikolai Kiesel, coauthor of the study, said in a press release. According to the researchers, this strategy could allow nanoparticles to be used in ultrasensitive detection experiments to study how gravity behaves on a particle scale. “This is the really long-term dream,” Aspelmeyer told the magazine ScienceNews.