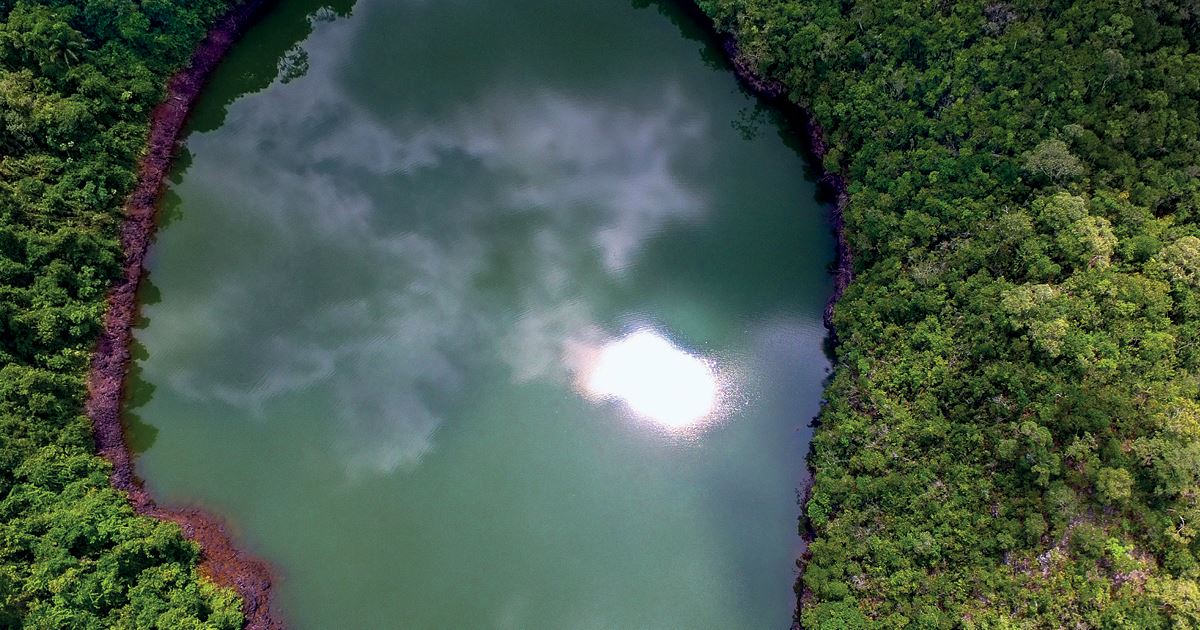 Morro dos Seis Lagos Biological Reserve in Amazonas, one of the study sites

In response to environmental changes, epidemics, or wars, the populational decline of the Amazon region may have started 300 to 600 years before contact with European settlers (Science, April 30). An international team of researchers led by Mark Bush of the Florida Institute of Technology, USA, examined pollen layers in 39 Amazonian lakes in Ecuador, Peru, Brazil, and Bolivia in an attempt to understand how population rises and falls may have influenced vegetation in the region over the last 2,000 years. “We identified a total abundance of forest species in different regions over time. We interpreted an increase in the percentage of forest cover compared to the previous period as growth or recovery, and a decrease as the clearing of forest areas,” Brazilian biologist Majoi Nascimento, a researcher on a postdoctoral fellowship at the University of Amsterdam and coauthor of the study, told Pesquisa FAPESP. “Since a large proportion of regions gained forest cover between the years 750 and 950, we concluded that there was a decline in human populations that previously used these regions for subsistence.”