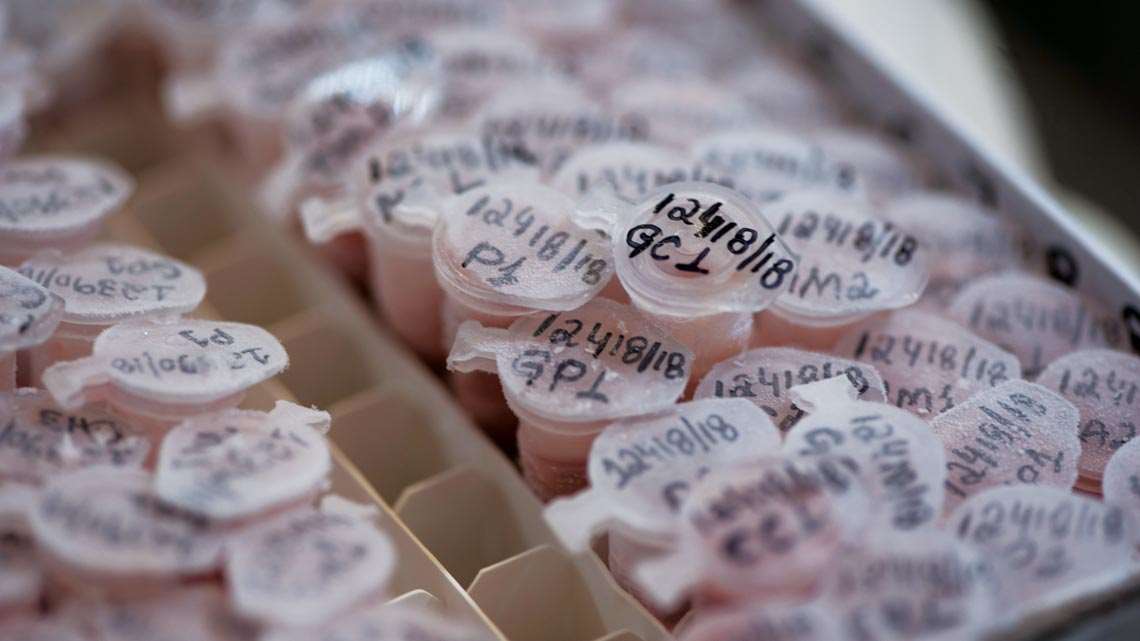 Samples of brain tissue saved in the Biobank for studies in aging, from USP

Depression, one of the most common and debilitating mental health problems, may not simply be the result of poor brain functioning caused by an imbalance of neurotransmitters—the chemical compounds that take information from one cell to another in the nervous system. Behind the episodes of long-lasting sadness and the loss of pleasure and interest in previously enjoyable activities, observed in at least 5% of the global adult population, there also appear to be lesions—almost always microscopic—in the brain and neighboring organs.

In May, one of the most recent pieces of evidence that anatomical damage in the central nervous system could be associated with depression was presented in the journal Neurobiology of Aging by researchers from the University of São Paulo (USP). The group coordinated by psychiatrist Beny Lafer identified three types of lesions frequently attributed to neurological disorders in the brain and associated structures of individuals who only developed depression once they were adults. “We saw microscopic alterations in the structure of the brain tissue,” says Lafer. “As well as the imbalance of neurotransmitters, the brains of these individuals presented neuropathological alterations.”

Two of these types of damage result from obstructions in microscopic blood vessels: microangiopathies, which are more discreet but spread across large areas; and microinfarcts, which are larger and generally more localized. These problems cause the death of the surrounding cells by cutting the supply of nutrients and oxygen and are found in the majority of cases of dementia—the progressive loss of memory and reasoning ability. The third type of lesion is caused by Lewy bodies, clusters of alpha-synuclein proteins that form inside neurons and kill these cells.

Psychiatrist Paula Villela Nunes, of the Jundiaí School of Medicine and part of Beny Lafer’s team, and Brazilian neuropathologist Lea Tenenholz Grinberg, of the University of California, in San Francisco, USA, found these lesions when analyzing brain samples of 741 men and women between 60 and 84 years of age stored in the Biobank for Aging Studies at USP, one of the largest brain banks in the world. From the total examined, 7.3% (54) developed depression as adults, but before 60 years of age, and 10.8% (80) after 60 years of age. None presented signs of dementia.

The microangiopathies and microinfarcts were 2.5 times more frequent in the groups that developed depression than in those who had never had the psychiatric disorder. The individuals with depression also presented twice as many Lewy bodies. “The vascular lesions did not present a specific pattern of distribution, but we verified that the Lewy bodies initially appear in the brainstem and then spread through the structures of the limbic system and to the cerebral cortex,” says Grinberg. 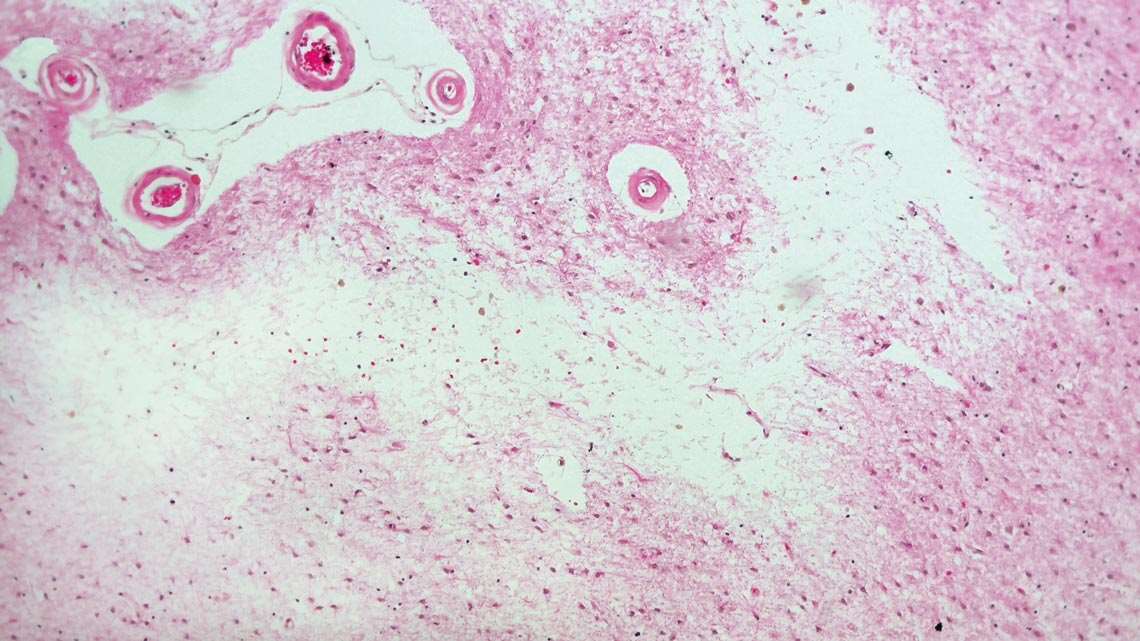 “This work adds further support to the already old hypothesis that vascular damage in the central nervous system can disconnect communication pathways in the brain and lead to depression,” comments psychiatrist Paulo Mattos, from the D’Or Institute for Research and Education (IDOR), who did not take part in the research. “Cases of depression associated with brain tissue damage respond less to available medications,” he says. In the study from Neurobiology of Aging, the vascular lesions appeared in 20% to 30% of the cases of depression.

The data obtained now reinforces the idea suggested in recent years that depression and other psychiatric disorders may be an early symptom of neurological illnesses, which irreversibly harm the brain. In a study from 2018, Grinberg and collaborators from USP and other institutions found signs that depression and anxiety preceded the characteristic memory loss of Alzheimer’s disease (see Pesquisa FAPESP issue nº 273).

“It is important to start thinking that late-onset depression may represent the start of neurodegenerative lesions that lead to dementia,” states Nunes, lead author of the current study. “If, on one hand, it is not possible to revert the vascular lesions, on the other, you can try to prevent their appearance with physical activity and by controlling levels of blood glucose and cholesterol.”

However, the data available until now does not allow for the opposite hypothesis to be dismissed, that the psychiatric disease causes the lesions in the brain tissue that lead to dementia. “It is very difficult to establish the causal nexus and know what happens first. Lots of complex studies are required for this,” says psychiatrist Flávio Kapczinski, of the Federal University of Rio Grande do Sul (UFRGS), who also did not participate in the current study. “There is consolidated data in the medical literature indicating that depression is a risk factor for vascular problems in the heart and brain. The alterations in cerebral blood vessels found in this study corroborate this relationship.”

Other studies from the USP group and by other teams indicate that the reduction in levels of neurotransmitters observed in depression stimulates the release of inflammatory substances, which damage the blood vessels and other tissues, and the reduction of the level of compounds that protect the cells of the central nervous system, which may favor the occurrence of lesions.