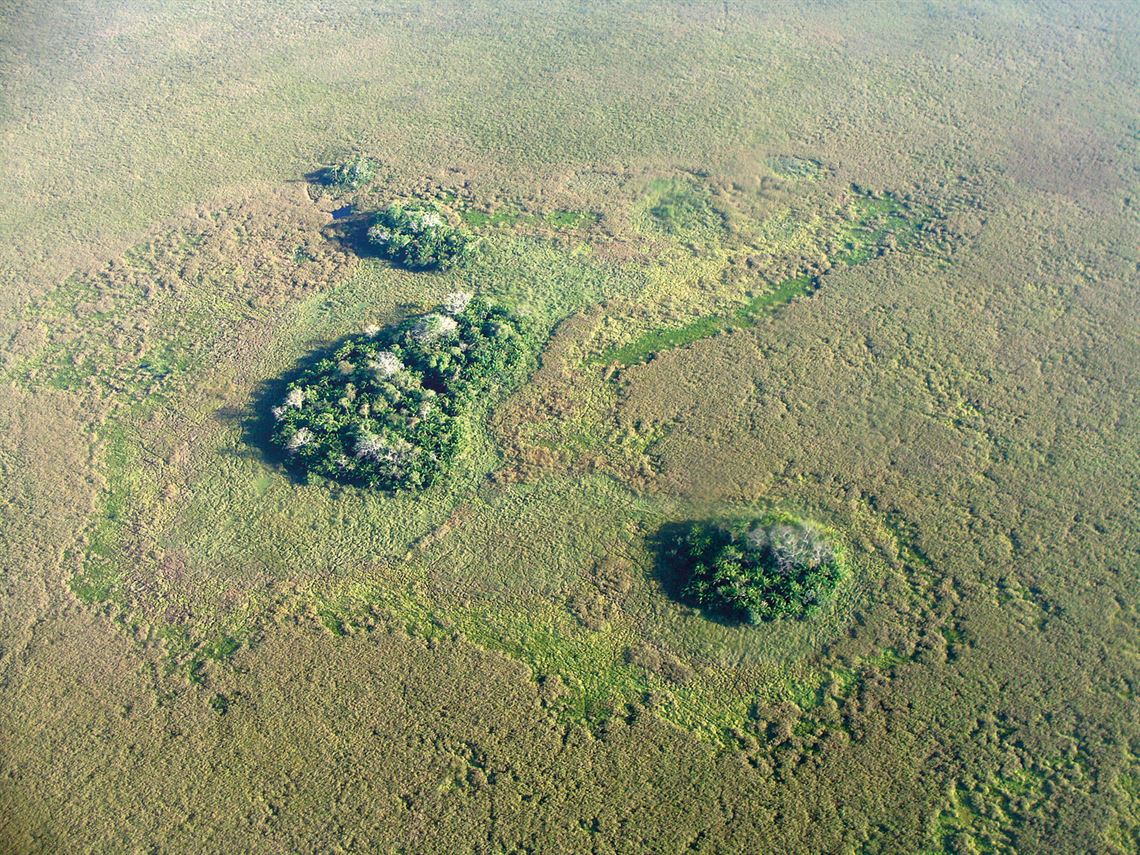 Evidence of cassava and pumpkin cultivation, dated at 10,350 and 10,250 years ago respectively, helped an international team of researchers, including Lautaro Hilbert from the Museum of Archaeology and Ethnology at the University of São Paulo (USP), to identify 4,700 artificial forests in the Llanos de Moxos region in Bolivia (photograph). Archaeological data indicates that 10,850 years ago, indigenous people inhabiting the southwestern Amazon began to transform the region’s landscape to grow food. They created areas of 0.5 hectares, on average, for agricultural use (Nature, April 8). These manmade forest islands were occasionally flooded by nearby rivers. “Our results confirm that the first inhabitants of these regions practiced a mixed economy and were not just hunter-gatherers, as previously thought,” says Hilbert. According to the study, southwestern Amazonia is the fifth oldest plant domestication area in the world, after the Near East, China, southwestern Mexico, and northwestern South America.