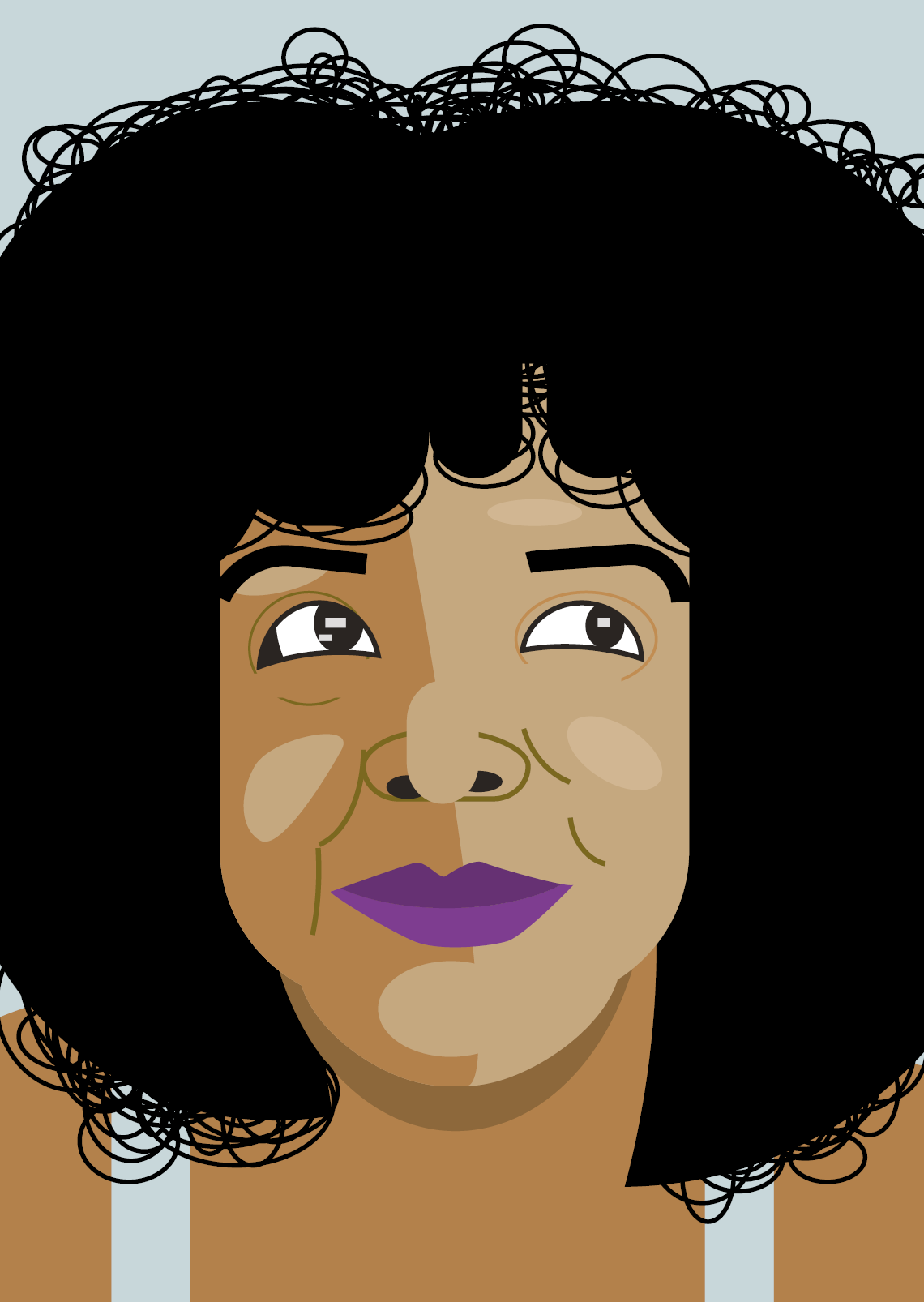 Fernando Carvall“It is considered normal that of 100,000 deaths, the majority are black”

I study racial inequality and the mortality of cervical and breast cancer. Cervical cancer is an infectious disease whose incidence is strongly linked to a lack of access to preventive therapies, which is why it is associated with poverty and inequality and remains common in Brazil, especially among black and indigenous women in the North and Northeast regions.

Due to the pandemic, I’m currently working from home. The CoVida Network was created to provide solidarity in science and a means of sharing information. I’ve been reflecting on the unequal impacts of the pandemic—both the disease and the response measures—on different racial groups, particularly the black population. For women, there has been an increase in domestic violence. For black men, wearing a mask in public increases the chance of being approached by the police. They are also more likely to work informally, increasing the risk of street violence. The measures introduced in response to the pandemic have also heightened violence linked to racism.

Data from the Brazilian Ministry of Health show that more white people have caught the disease and been hospitalized, but more black people have died. The black population is less likely to be admitted to hospital and recover—they’re dying because they are only able to access health services when it’s too late.

I downloaded data from DataSus to analyze the number of diagnoses, tests, comorbidities, how patients are referred to health services, and other aspects. It is considered normal that of 100,000 deaths, the majority are poor, black, indigenous, and from the peripheries of society in the North and Northeast—these groups have always been marginalized.

Emanuelle Góes is an epidemiologist with a background in nursing and a postdoctoral researcher at the Center for Data Integration and Knowledge in Health (CIDACS) of the Oswaldo Cruz Foundation (FIOCRUZ) in Bahia. 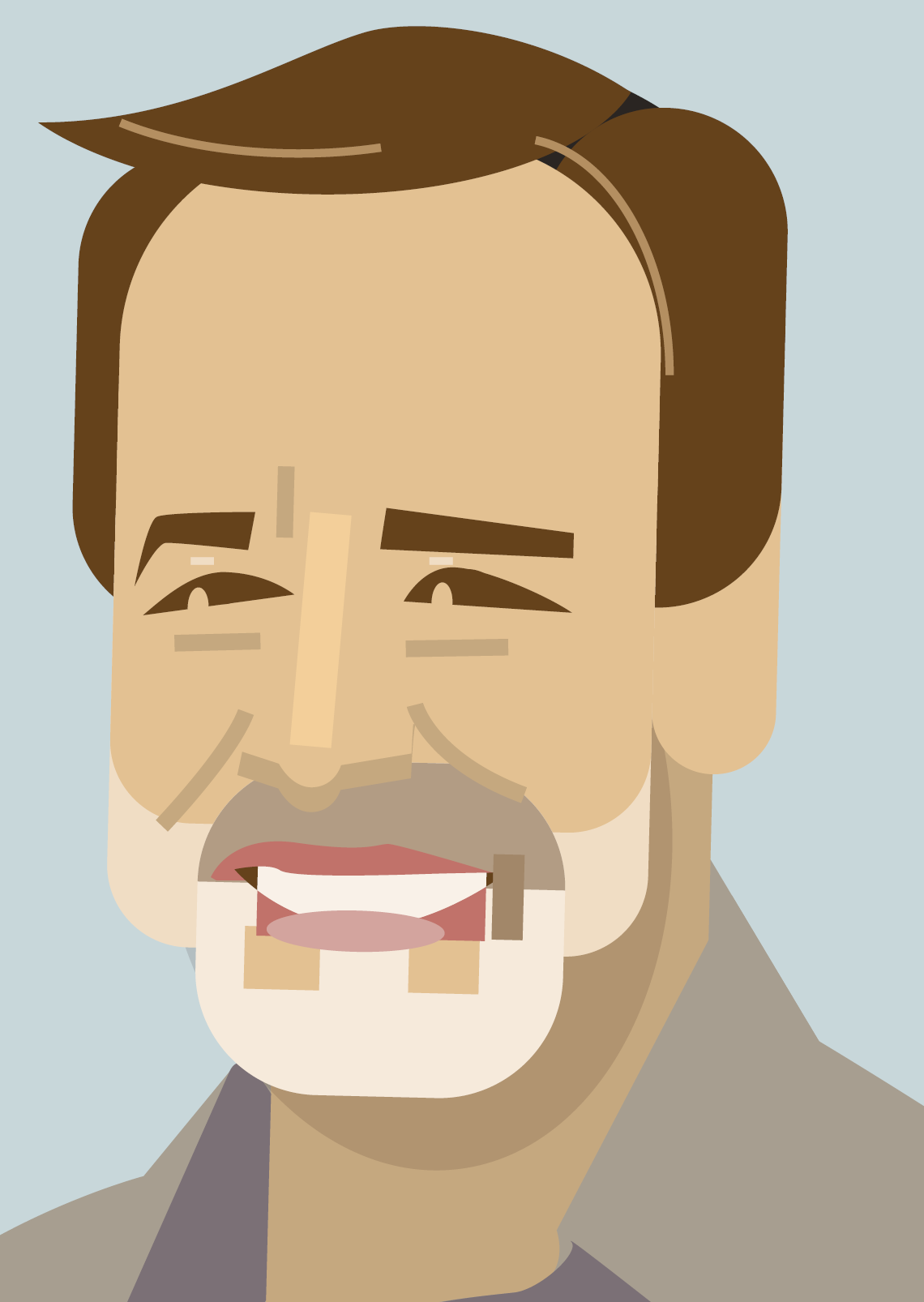 I have been working from home since March 13, and the quarantine affected my work as a researcher and professor at the Department of Anthropology of Indiana University, USA, in several ways. I took the opportunity to clear my to-do list. I try not to forget how privileged I am to be facing this challenge alongside my family, when there are so many people unable to do so, who have lost their jobs or fallen ill, or who have to make the choice between the risk of getting sick and putting food on the table.

The pandemic impacted my research. My plans for 2020 and 2021, which involved a significant amount of fieldwork, had to be rearranged. The biggest loss was a project we are working on in the Amazon, funded by the Belmont Forum and NORFACE, aimed at examining social transitions for sustainability. I had to cancel four trips to São Paulo, Rondônia, and Pará.

My teaching also suffered. We were halfway through the semester and had to quickly transition to an online environment. I was teaching a course on Sustainability and Society to 50 undergraduate students and I tried to maintain close contact so that they would not feel abandoned. I always start classes with a historical context and I ask students about their personal experiences to engage them. This is simple when you have 75 minutes. But moving online, I had to select certain concepts and record 10- to 15-minute videos, as well as creating activities that the students could do on their own.

Eduardo S. Brondizio is a professor from the Department of Anthropology at Indiana University in Bloomington, USA, where he also heads the Center for the Analysis of Social-Ecological Landscapes (CASEL). 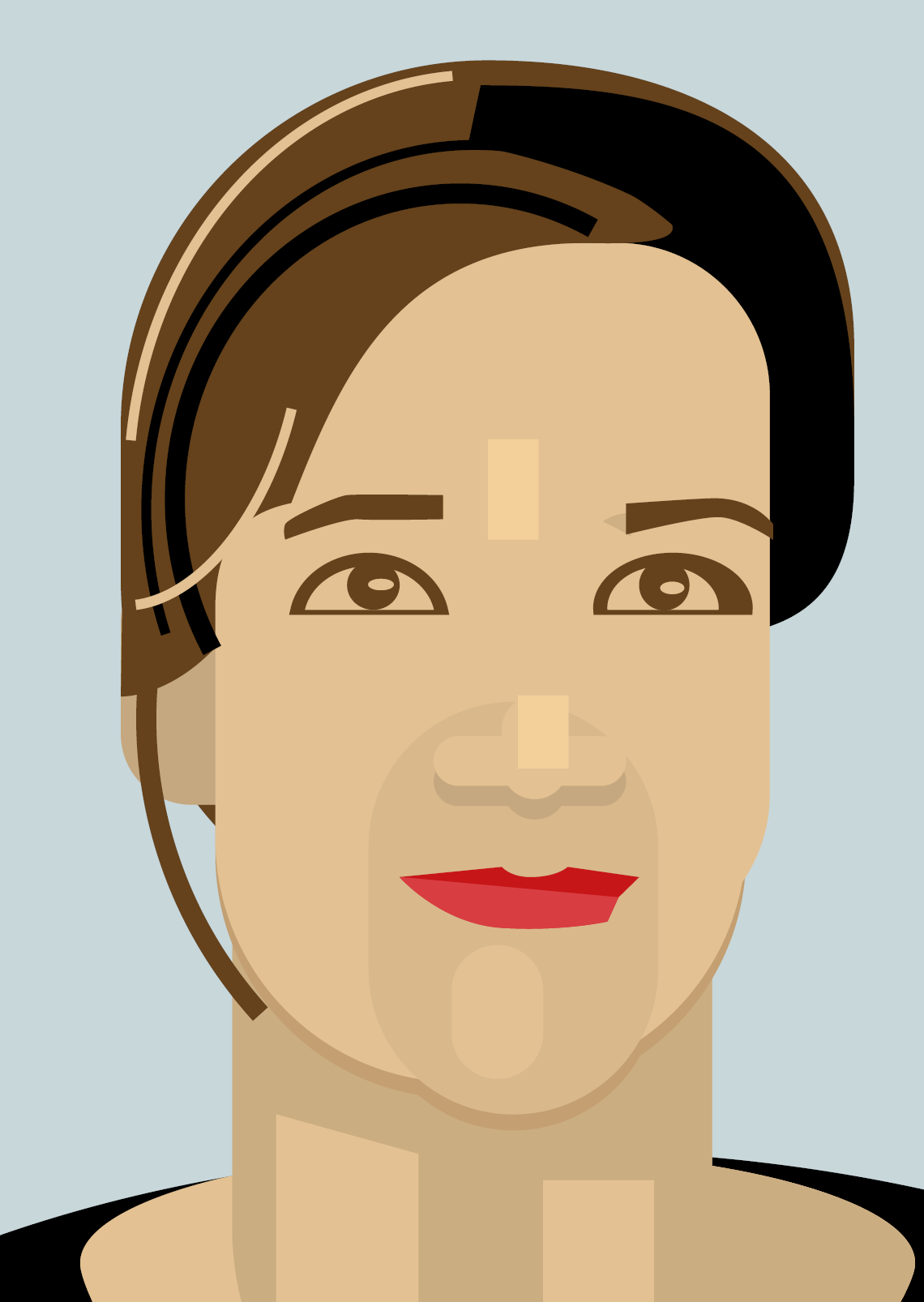 When the pandemic began, many reports from Europe described a loss of smell in COVID-19 patients. Even though this is my field of research, there was a huge amount I needed to understand, think about, and learn.

We are conducting a remote survey: a questionnaire for health professionals on the front line—doctors, nutritionists, nurses—at public and private hospitals. We are asking them whether or not they work with COVID-19 patients, what symptoms those patients are presenting, including loss of smell and/or taste, and what comorbidities they have. And we are analyzing the results.

A loss of smell, known as anosmia, often occurs with common colds and flu, but when caused by SARS-CoV-2, it is not accompanied by nasal obstruction, and begins suddenly.

It is likely that the virus cannot infect neurons. The issue seems to be related to cells in the olfactory epithelium that support the neurons, but we still do not know how.

There are various ways that the sense of smell can be altered. These problems can affect people’s quality of life, but patients are often not taken seriously when they seek help. There is a lack of treatment options and much more research needs to be done in the area. Can we intervene in this process and improve the results?

I recently participated in an online scientific conference in the USA. When you go to conferences in person, you are immersed the entire time, interacting with other scientists. Now, when you only attend virtually, your other activities continue, including household chores.

Bettina Malnic is a biochemist, a specialist in the molecular functioning of smell, and a professor at the Institute of Chemistry (IQ) at the University of São Paulo (USP). 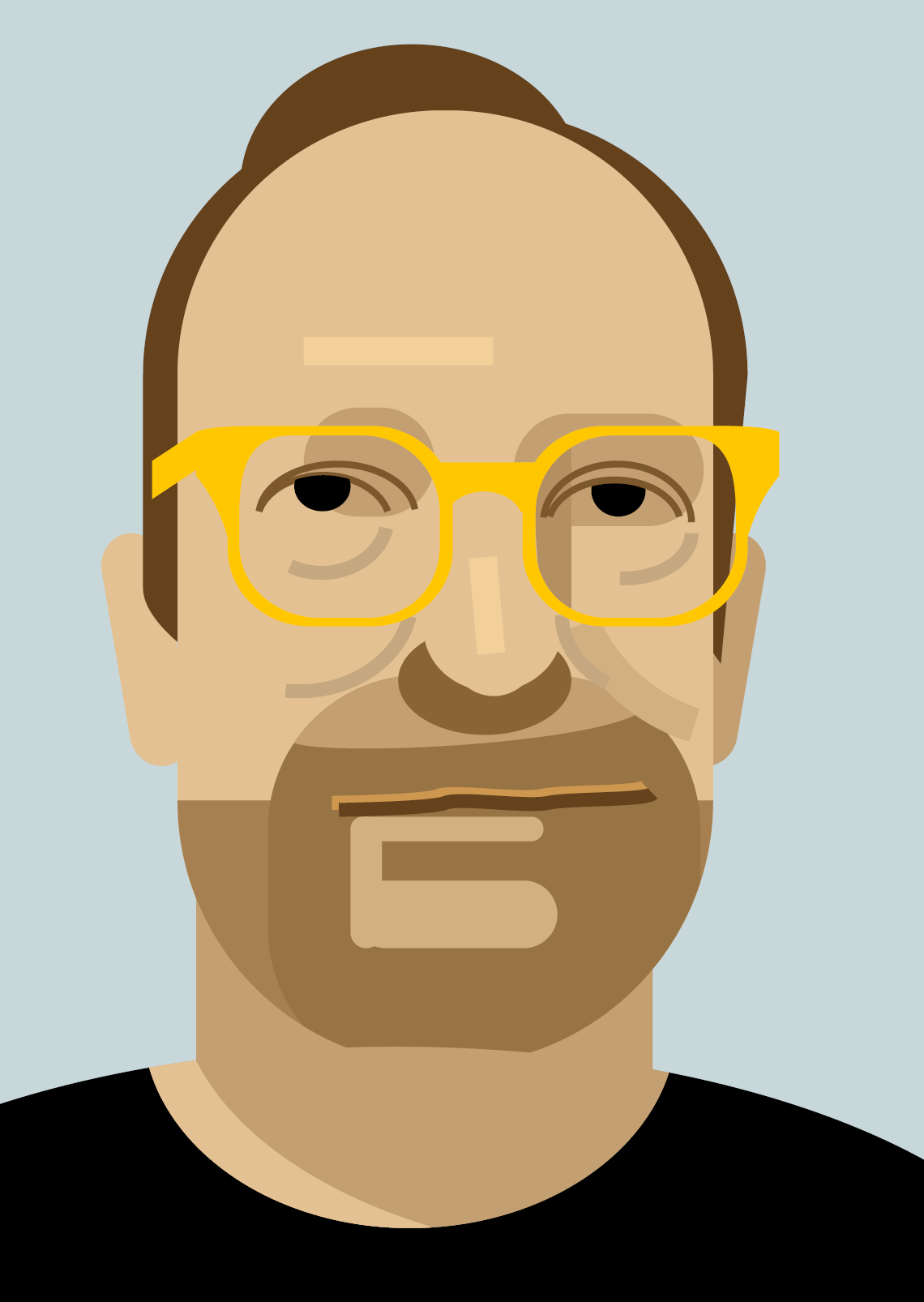 My laboratory in Rio de Janeiro specializes in creating the types of cells found in the human brain, using reprogrammed cells. We produce neurospheres and brain organoids and use them to study how infections caused by viruses or certain compounds affect brain development. I had a sabbatical scheduled for July 2020 in the United States. My proposal would have been to expand the use of our brain organoid model to study neurodegenerative diseases and the molecular changes associated with the exposure of neural tissue to psychedelics. At the beginning of the pandemic, we suspended normal activities at my lab. Given the signs that the virus was affecting other organs besides the lungs, we decided to use our biological models to study Sars-CoV-2. Our family life has taken a turn. The confinement, the fear of falling ill, the political and economic confusion around us has made everyone more fragile, especially the elderly. The impact of the pandemic on mental health is something that we will all have to face. Just ask my parents. My mother has chronic obstructive pulmonary disease and needs external oxygen. With our children confined in one apartment and my parents isolated in another, Helena and I made a radical decision. We all came to live together in a rented house, with lots of space and plenty of sun. Last year, I traveled abroad 12 times and many times throughout Brazil, but I think that from now on the first option will be to give lectures by videoconference. Brazil’s Covid tragedy, amplified by the lack of leadership and public health management, increased my engagement in science communication.

Stevens K. Rehen is a professor at the Federal University of Rio de Janeiro (UFRJ) and a collaborating scientist at the D’Or Institute for Research and Education (IDOR).