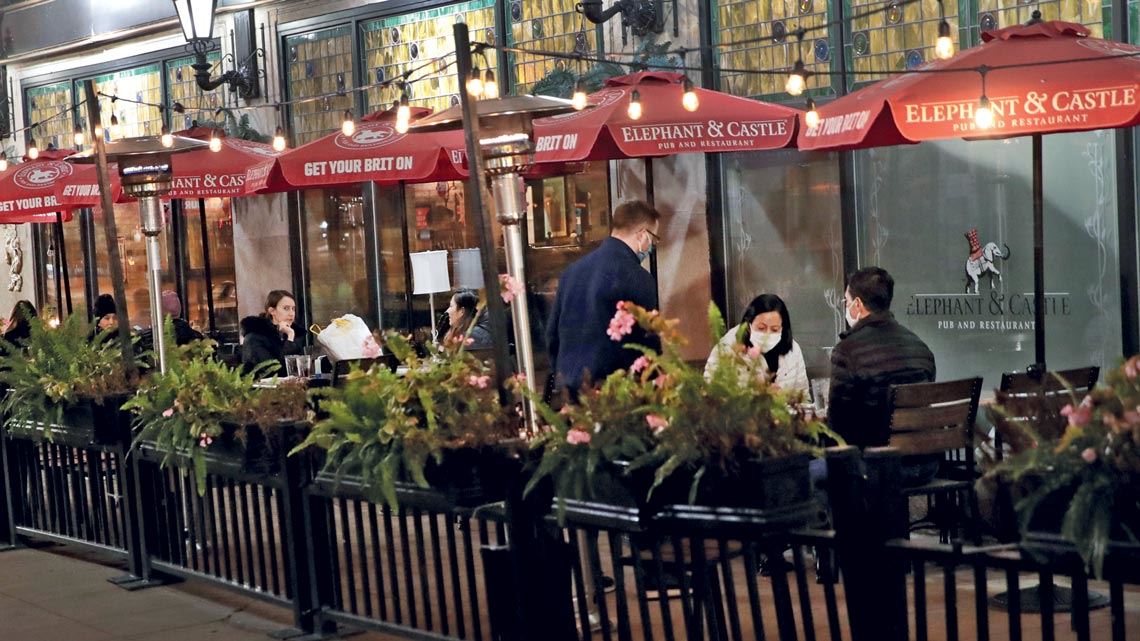 A study based on the cell phone location data of 98 million people living in 10 major metropolitan areas in the USA suggests that the majority of novel coronavirus infections recorded between March and May this year occured in restaurants in those cities. A team led by computer scientist Jure Leskovec, from Stanford University in the USA, used the data to create an epidemiological model of how the population moves and spreads the disease through cities, correctly predicting the number of COVID-19 cases recorded in Chicago, Illinois, in May (Nature, November 10). In a press conference, Leskovec said that infections at restaurants are about four times more frequent than at gyms and cafés, which have the second highest risk of infection, followed by hotels. The model’s forecasts suggest that limiting restaurants and other high-risk locations to 20% of their capacity could have reduced the number of infections by 80%.