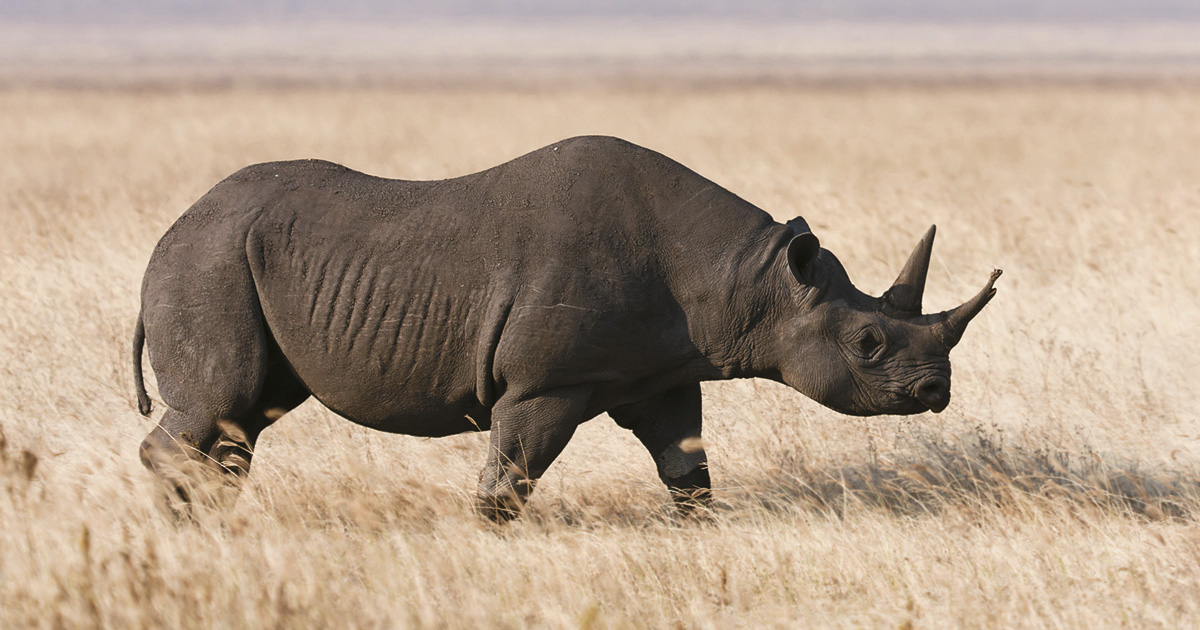 A black rhinoceros in the Ngorongoro Conservation Area, Tanzania

Genetic material extracted from rhinoceros horns seized from poachers and traffickers is helping to put criminals behind bars in a number of countries in Africa. DNA collected from rhino horns, as well as from bloodstains on clothing and knives, has been used as criminal evidence, enabling authorities to hand down more severe penalties in countries where poaching is banned—the animals are killed in order to remove the horns, which are worth their weight in gold on the international market. By comparing the genetic profile of the seized material with data available in the Rhinoceros DNA Index System (RhODIS), it has even been possible in some cases to identify which animal the horn was taken from. Developed by a team led by veterinarian Cindy Harper from the University of Pretoria, South Africa, RhODIS stores genetic data from various populations of 3,085 white rhinoceroses (Ceratotherium simum) and 883 black rhinoceroses (Diceros bicornis). Both species are at risk of extinction. By comparing DNA from seized horns with information from the database, much of which comes from carcasses found in national parks, the researchers can tell which species was killed and to which populational group it belonged. The database has already been used as evidence in 120 criminal cases since 2010. In January, Cindy Harper and her colleagues from wildlife protection agencies in the US, Russia, and Africa reported on nine criminal cases in which genetic analysis helped convict poachers and traffickers of varying nationalities in South Africa, Kenya, and Namibia (Current Biology, January 8). It is estimated that 7,000 rhinoceroses have been killed for their horns in Africa over the last decade. Formed of keratin, the same protein found in human fingernails, rhinoceros horns are sold for as much as US$60,000 per kilogram, valued for their supposed medicinal powers (believed to heal a range of ills, from impotence to cancer).