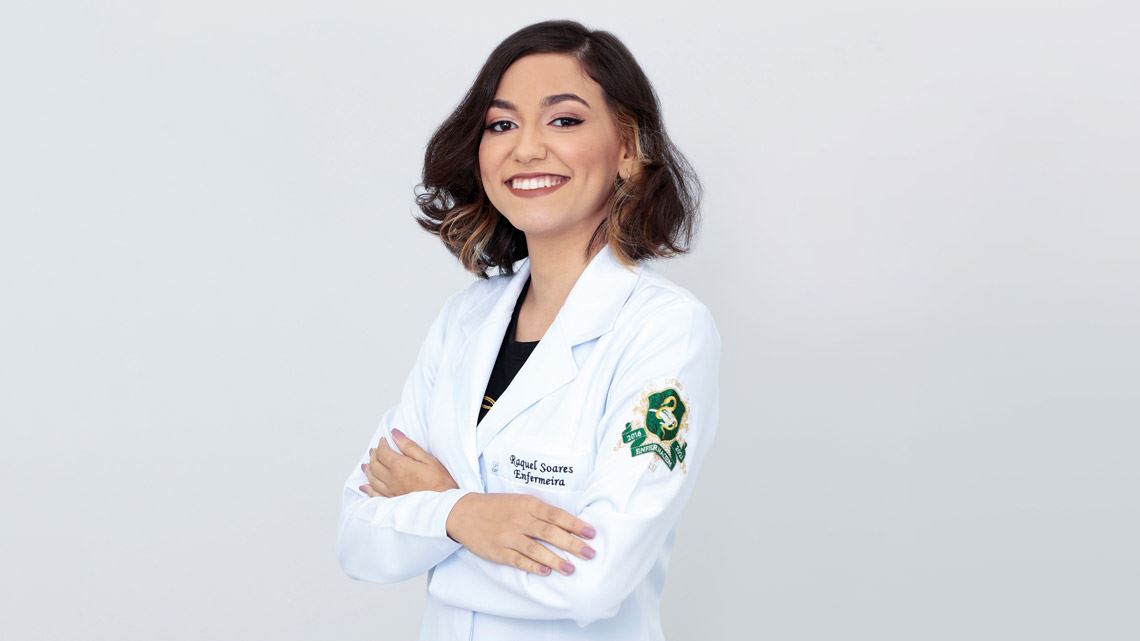 Raquel Bandeira: the SBPC award was a great encouragement

Since she was a small child, Raquel Soares Bandeira has been passionate about how the human body works. She chose to study nursing with the intention of becoming a scientist in the area. “I always liked the laboratory environment and when choosing my career, I took into account the opportunities I would have to join undergraduate research projects,” says the 24-year-old, who is currently in the tenth semester of her nursing degree at the Federal University of Minas Gerais (UFMG).

For her research at the Laboratory of Infectology and Tropical Medicine, part of the institution’s School of Medicine, Bandeira was one of the winners of the 2021 Carolina Bori Science & Woman Award granted by the Brazilian Society for the Advancement of Science (SBPC). The study was entered in the Girls in Science category, which recognizes the work of young female scientists, judged primarily on the applied scientific methods and potential future contributions of the research.

The research, carried out by Bandeira and the lab team under the supervision of pharmacist Eduardo Antonio Ferraz Coelho, sought alternative treatments for tegumentary leishmaniasis, an infectious disease caused by a protozoan of the genus Leishmania that leads to sores on the skin and mucous membranes. The disease is transmitted by mosquitoes of the genus Lutzomyia. “In addition to being highly toxic to organs such as the kidneys and liver, the most commonly used treatments for the disease are traumatic, because they use medications administered via intravenous or intramuscular injections, which are extremely painful,” she says. The researcher explains that naphthoquinone, classified as a hydrophobic molecule, meaning it does not dissolve in water, has proven effective at fighting viruses, bacteria, and fungi, as well as acting against tumors. “Based on this evidence, we decided to test it against leishmaniasis,” she says.

Tested on groups of mice, the studies started by inserting naphthoquinone into micelles, an aggregate of molecules with a structure similar to human cell membranes. “We used micelles to enhance the effectiveness of the drug, since they increase the availability of the drug in the body and offer significant stability in the bloodstream,” she explains.

To verify the results, Bandeira evaluated the immune response and parasite load in the mice, in addition to the production of cytokines essential to combating the protozoan. “As well as generating a satisfactory immune response with a reduction in both parasite load and skin lesions, there was little change in the animals’ livers and kidneys,” she says. The same organs in the mice from the control group, which were treated with drugs already on the market, were considerably impaired.

Bandeira was working on an internship when she learned that she was going to receive the SBPC award for her work. “It was really significant because I was working with COVID-19 patients. The news was a real encouragement in the midst of so much suffering,” recalls the student, who has plans to enroll on UFMG’s master’s program in infectious diseases and tropical medicine.