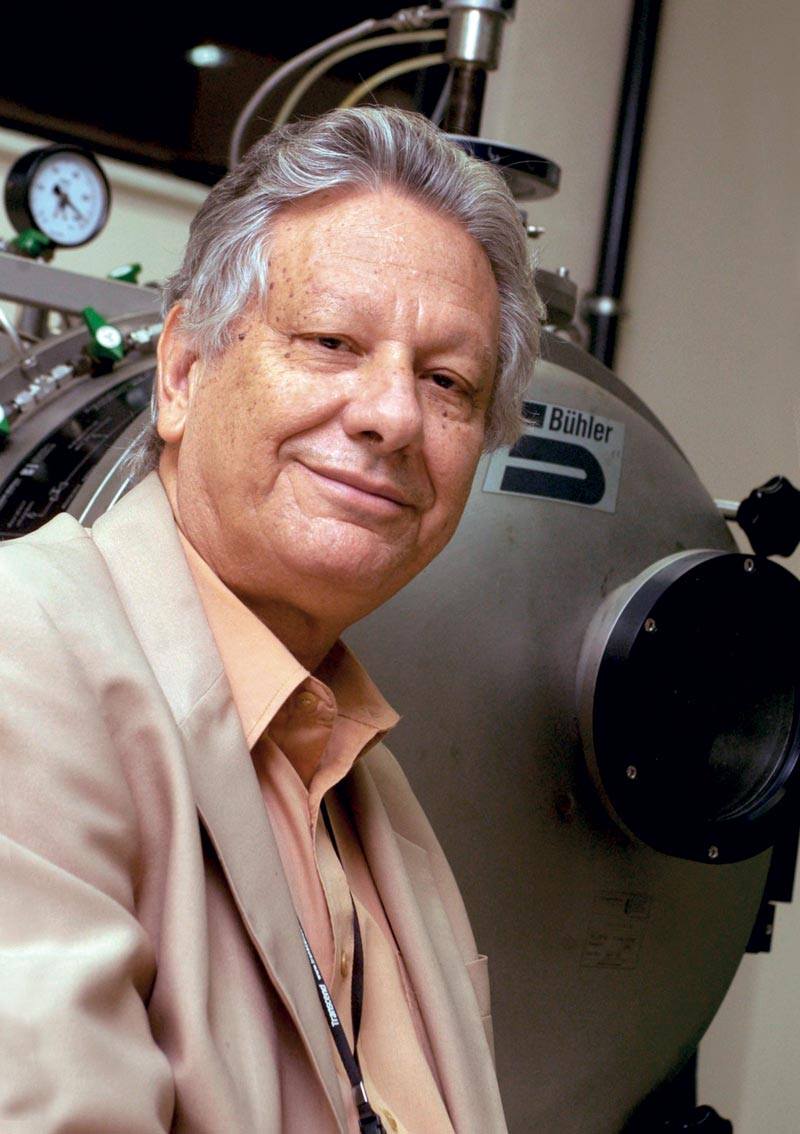 Critical, scientifically rigorous, and independent thinking were the defining marks of both the political discourse and the academic career of nuclear physicist Luiz Pinguelli Rosa, who died last Thursday (March 3) in Rio de Janeiro at the age of 80. A professor emeritus at the Alberto Luiz Coimbra Institute for Engineering Research and Graduate Studies at the Federal University of Rio de Janeiro (COPPE-UFRJ), and a former CEO of Eletrobras, Pinguelli passed away after being hospitalized with complications from COVID-19. He is survived by three children and two grandchildren.

As a scientist, Rosa pioneered the use of an interdisciplinary approach to energy planning. His professional career became inextricably intertwined with his views on development models in Brazil, and especially the emphasis he gave to reducing inequalities and mitigating environmental impacts from economic growth.

He was both politically and socially active, and became a key figure in efforts to develop Brazil’s energy sector in a way that would accelerate economic growth while minimizing both environmental impacts and the cost of energy. Sergio Rezende, a physicist at the Federal University of Pernambuco, says Pinguelli “realized very early the importance of Brazil having a more diversified energy mix including wind, solar, and nuclear energy.” Rezende, a former Minister of Science and Technology, highlights the important role Pinguelli played during his tenure as Eletrobras’s CEO—he launched studies and projects that paved the way for Brazil’s energy diversification several decades in advance, and led to the expansion of wind power in the country.

Ildo Sauer, a professor of engineering at the Institute of Energy and the Environment (IEE) of the University of São Paulo (USP), recalls how Pinguelli always tried to “leverage Brazil’s unique energy strengths, including its abundant hydroelectric resources, rather than relying on expensive and highly polluting thermal power plants, which would not ensure a reliable energy supply.” Sauer, who defended his master’s thesis under Pinguelli’s supervision in 1980, recalled the importance he attached to the “use of scientific rigor in dealing with energy systems, and his belief that scientific advancements would be critical enablers of economic growth combined with reduced societal inequalities in Brazil.”

He advocated for public policies to achieve energy independence, and believed the way forward would be to diminish Brazil’s dependence on foreign technology for power generation. He criticized the military dictatorship’s (1964–1985) decision to introduce nuclear power in Brazil by purchasing a turnkey power station from US-based Westinghouse, without being given access to the technology involved in building the reactor. Pinguelli was also among the critics of the Brazil-Germany Nuclear Agreement (1975), a technology transfer program that consisted of “buying a nuclear reactor without ascertaining whether Brazil would be able to develop nuclear capabilities,” says Ennio Candotti, a physicist at the Federal University of Amazonas. In addition to questioning how effectively nuclear technology would be transferred under the agreement, Pinguelli criticized the tall price the government had agreed to pay, and the technology it had selected for uranium enrichment. “The dictatorship had made the decision without consulting the scientific community,” adds Rezende. The contract with Westinghouse led to the development of Angra 1, a nuclear power plant that started commercial operation in 1985 in Angra dos Reis, Rio de Janeiro. Under the agreement with Germany, another eight power plants would be built with incremental local technology. But only one plant, Angra 2, has since been completed, coming online in 2001. Angra 3 is currently under construction.

At the turn of the century, the growing body of science about greenhouse gases and their effects on climate added a new layer of complexity to Brazil’s economic development. Pinguelli responded by seeking to understand the environmental and climate impacts that different types of energy sources can have. Maurício Tolmasquim, an engineer at COPPE, recalls Pinguelli’s research about methane emissions caused by hydroelectric dams. Pinguelli was a member of the Intergovernmental Panel on Climate Change (IPCC) and executive secretary of the Brazilian Forum on Climate Change, helping to spearhead efforts to develop renewable energy sources.

Interdisciplinary thinking, such as is needed in climate science, was a defining mark of Pinguelli’s academic career—he created an energy planning department at COPPE that combined research in engineering, physics, economics, and sociology. His energy-planning research led to a position as CEO of Eletrobras from January 2003 to May 2004. He served as Director at COPPE on five different occasions between 1986 and 2015.

Pinguelli also lectured in the History of Science and Epistemology Program at UFRJ, and wrote the book Tecnociências e humanidades (Techno-sciences and humanities; Paz e Terra, 2005), a two-volume work that has become the go-to reference in this eminently cross-disciplinary field. During his time at UFRJ in the 1990s, he helped to advance the Science and Culture Forum, making it more influential and connected to society. The forum is now headed by mathematician and historian Tatiana Roque.

She recalls how Pinguelli devoted himself more to training researchers, herself included, than he did to research proper. He supervised dozens of master’s and doctoral students, and served as a visiting lecturer and researcher at universities and research institutes in the US, France, Poland, Italy, and Argentina.

Candotti, a first-hand witness to his colleague’s career, says Pinguelli would never content himself with doing science just for the sake of it. “He believed in making physics work for the greater good by supporting economic development coupled with social justice and respect for human rights,” he says. Rezende describes Pinguelli’s legacy as multifaceted: “Besides his many scientific contributions in the field of energy, he served in a management capacity and led efforts to bolster Brazil’s public universities.”

From his colleagues’ testimonials, Pinguelli comes across as a scientist and intellectual who was seldom dogmatic. “Canned truths were not for his questioning mind,” recalls Tolmasquim. “Even with his vast experience, he would still listen to others and often incorporated their ideas into his thinking,” says Roque. Sauer highlights Pinguelli’s commitment to scientific rigor, even as he “always remained an independent and questioning thinker.” In Candotti’s view: Pinguelli “was a dissident, a resistance figure who worked to build a better university in a more democratic world.”