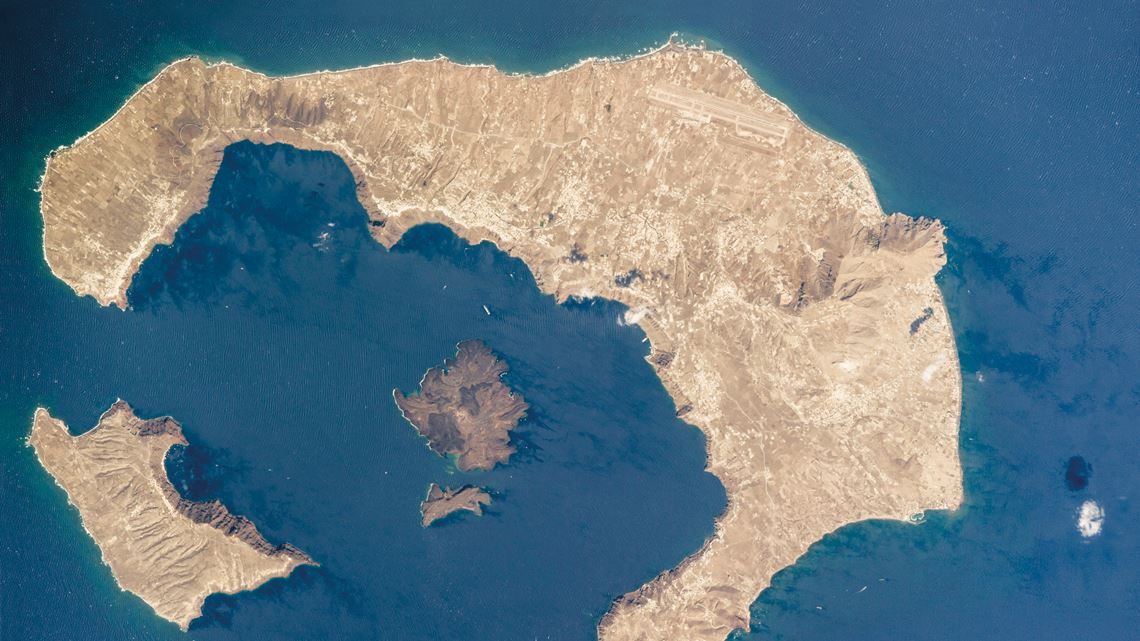 The sea level may control the activity of many volcanoes on the planet. This is the case for the volcano on the Greek island of Santorini in the Aegean Sea. It has erupted at least 211 times in the last 360,000 years, of which 208 eruptions occurred when the sea was more than 40 meters (m) below its current level. Christopher Satow, a physical geography professor at Oxford Brookes University, UK, and his colleagues correlated the eruptions that occurred in the period with variations in sea level. The group used computer simulations to show that when the sea is at least 40 m below today’s level, the pressure exerted by the water on roof of the magma chamber, which is located 4 kilometers below the surface, is significantly reduced, resulting in fractures. If the sea was 70 m below present-day levels, the magma would be able to reach the surface, causing eruptions (Nature Geoscience, August 2). According to the simulations, when water levels are lower, it takes roughly 13,000 years for fractures to reach the surface. When the sea rises again, it takes another 11,000 years to close the fractures and stop the eruptions. Most volcanoes are located in or near the sea.