Artistic representations of Ubirajara jubatus, described from a fossil illegally removed from Brazil

The State Museum of Natural History Karlsruhe in Germany announced in September that it has no plans to return the original fossil of Ubirajara jubatus, a rare specimen of the dinosaur from the Early Cretaceous period, which lasted from 146 million to 100 million years ago, to Brazil. The fossil was found in the Araripe basin in the states of Ceará, Piauí, and Pernambuco, and was illegally removed from Brazil in 1995 (see Pesquisa FAPESP issue nº 301). The museum claims it arrived in Germany prior to 2007. Under legislation enacted in 2016—the Cultural Property Protection Act (Kulturgutschutzgesetz)—Germany is not obliged to return fossils or cultural artifacts to their original countries if they were acquired before 2007. The U. jubatus fossil is thus, under German law, a legal part of the museum’s collection, imported in accordance with current regulations. In Brazil, however, fossils are considered state property and cannot be removed from the country or sold. When fossils are illegally removed, Brazilian researchers lose the chance to produce high-impact scientific articles, create new partnerships, and obtain research funding. Once an artifact is out of the country, it is hard to get it back. Not all countries are signatories to international conventions on the repatriation of these objects. For this reason, surveillance is extremely important. In 2013, the federal police intercepted a shipment of 3,000 fossil samples from Araripe during an operation at Santos port and sent them to the University of São Paulo (USP) to be analyzed and catalogued. Among them was an almost complete specimen of Tupandactylus navigans, a Cretaceous pterosaur species that has now been analyzed in detail by Brazilian and Portuguese researchers. It is estimated that navigans was 2.5 meters wide and about 1 meter tall, with almost half of its height coming from the large crest on its head. It likely fed on seeds and hard fruits (PLOS ONE, August 25). The researchers plan to study the specimen further in the future. One of their goals is to estimate the color of its crest. 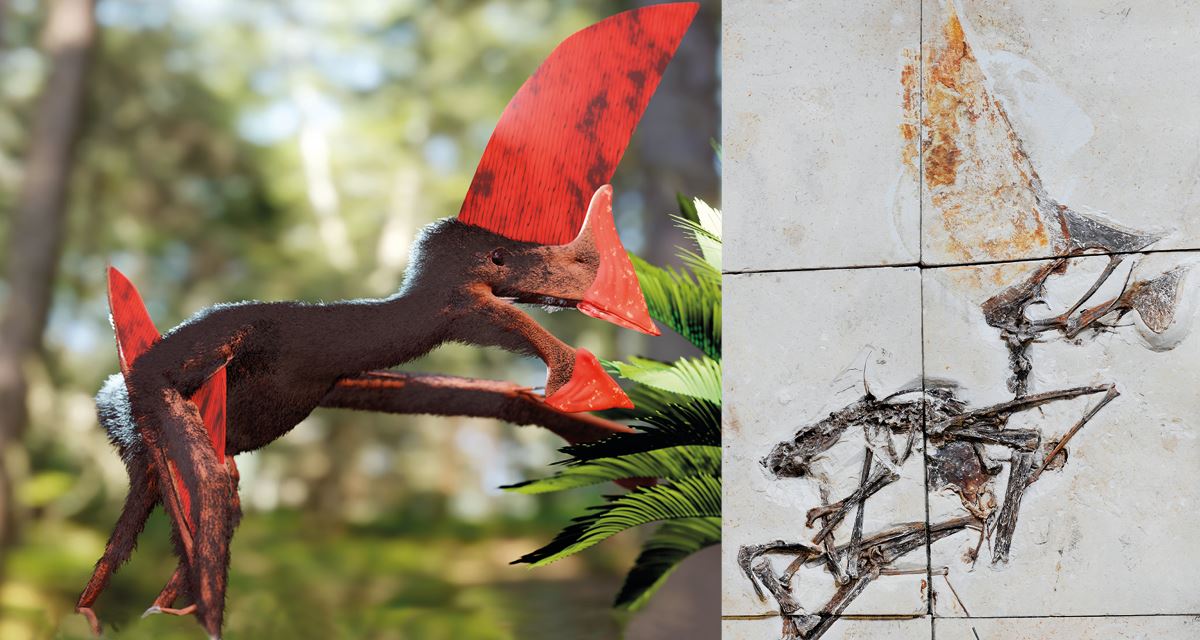