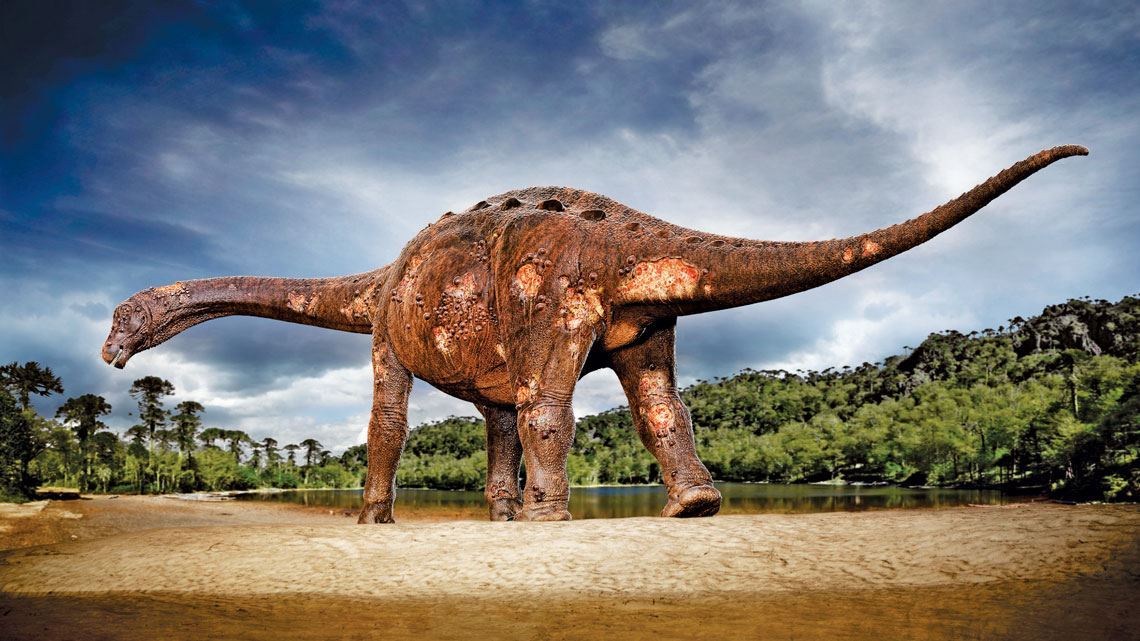 Artistic reconstitution of the sick titanosaur

Brazilian paleontologists have identified fossilized blood parasites in the back leg bone of a titanosaur that lived some 85 million years ago in what is now the northwest of the state of São Paulo. Until now, prehistoric parasites had only been found in insects preserved in amber or in fossilized feces, never in the body of the host. Aline Ghilardi, from the Federal University of Rio Grande do Norte, noticed that there was something wrong when examining spongy protrusions on the surface of the dinosaur’s fibula, which she suspected might be lesions or a sign of cancer. With computed tomography (CT) and microscopy images, paleontologist Tito Aureliano of the University of Campinas (UNICAMP), discovered that it was actually a bone infection (osteomyelitis). Detailed analyses revealed the presence of 70 elongated microfossils in the bone’s vascular canals (Cretaceous Research, October 15). It is not known whether the parasites caused the lesions or the lesions allowed them to enter the bone.

From the left: lesions on the skin, bone, and vascular parasitesHugo Cafasso
Republish