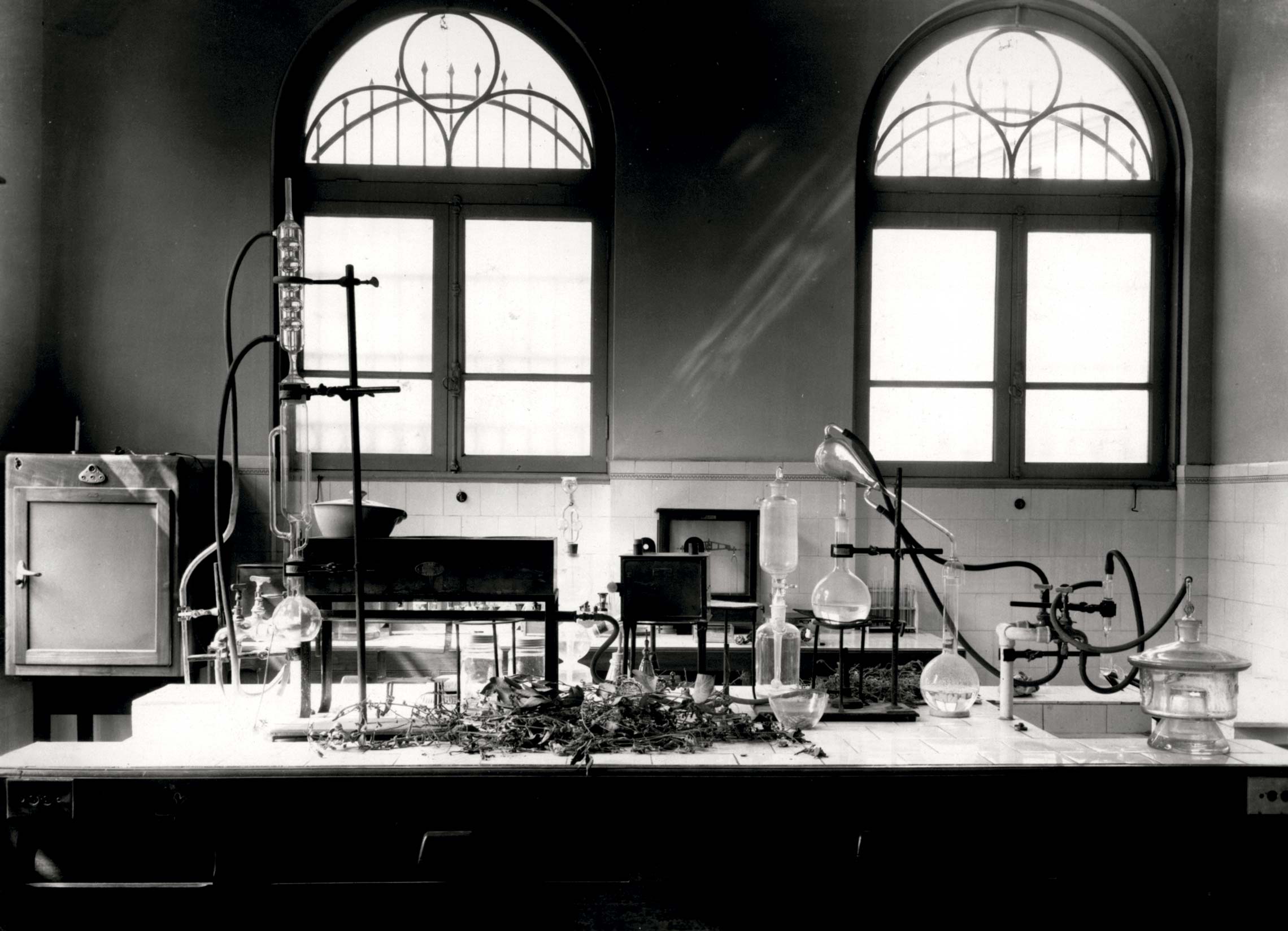 The School of Pharmaceutical Sciences last October celebrated its 120th anniversary as one of the most vigorous among the University of São Paulo’s (USP) 42 schools. Over the last six years, the institution has successfully navigated budgetary woes and sustained investment in academic training, in new research collaborations with industry and academia in Brazil and globally, and in infrastructure—including laboratory upgrades and new facilities. “Approximately 80% of undergraduate students are able to secure internships at multinational pharmaceutical companies as soon as they begin the second year of the program,” says Primavera Borelli, the school’s director. “This has made our institution one of the most prestigious schools of pharmaceutical sciences in Latin America,” she says.

But things have not always been rosy. The school came close to being shut down in the early 1920s as competition with other schools of pharmacy and a scandal that cost the school its federal accreditation led students to abandon en masse and professors to resign, unwilling as they were to work at a non-accredited institution. The federal government eventually restored accreditation in 1933, and the institution was then incorporated into the nascent University of São Paulo, then as the School of Pharmacy and Dentistry.

The School of Pharmaceutical Sciences (FCF) was founded on October 12, 1898, as the Free School of Pharmacy of São Paulo, materializing plans that had long been brewing in the province. In Memória econômico-política da capitania de São Paulo (Economic and political history of the Captaincy of São Paulo), published in 1800, Captain-General Antônio de Melo Castro e Mendonça, governor of the Captaincy of São Paulo, describes a proposal to create programs in surgery, pharmacy, natural history, botany, and chemistry in an institution that would be named the Pharmaco-Surgical Academy. But the idea never gained traction. Almost 80 years later, in 1878, deputies Cesário Motta Magalhães, Prudente de Moraes and Martinho Prado Júnior put forward a new proposal to create an institution, called the São Paulo Institute of Natural Sciences, offering two special programs, one in agriculture and the other in pharmacy. This proposal, too, never came to fruition.

In the second half of the nineteenth century the first drugstores began to appear in the then province of São Paulo. In the absence of a school of pharmacy, drugstore owners in the province capital were compelled to hire staff trained in other provinces to run their businesses. “Official training in pharmacy in Brazil was then available only from the schools of medicine and pharmacy of Rio de Janeiro and Bahia and from the School of Pharmacy of Ouro Preto, in Minas Gerais, which was created in 1839 as the only school of pharmacy in Brazil not linked to a medical school.

It was only in 1891, with the education reform undertaken by Benjamin Constant (1833–1891), the first in republican Brazil, that plans for a school of pharmacy began to materialize in São Paulo. A new law removed from the government its monopoly over the creation and oversight of education institutions, allowing nongovernment entities to found their own schools. And that is precisely is what happened. Soon after the Pharmaceutical Society of São Paulo, the first industry association of its kind in the state, was founded in 1894, a proposition was made in 1897 to create a pharmaceutical cooperative, and within it a “free” school of pharmacy. And while the plans for the cooperative never got off the ground, the school finally did.

The school is created
Under the leadership of physician Bráulio Joaquim Gomes (1854–1903) and pharmacist Pedro Baptista de Andrade (1848–1937), the project began to take shape with support from the newly created Society of Medicine and Surgery of São Paulo and its official journal, Revista Médica de São Paulo. “The Free School of Pharmacy of São Paulo was modeled after its counterpart in Minas Gerais, a private organization without links to a medical school, unlike the schools in Rio and Bahia,” explains historian José Luiz Santos Pereira Filho of the School of Philosophy, Languages and Literature, and Human Sciences (FFLCH) at USP, a scholar of the history of FCF. From its beginnings, the school’s scope of activity extended beyond education to include important research in its field. Baptista de Andrade himself conducted prominent research on substances such as caioponin and abruzin. “A commitment to public health and research has always been one of the school’s hallmarks,” says biochemist Maria Inês Rocha Miritello Santoro, who headed the school between 1992 and 1996.

The school initially operated in a rented mansion house on rua Brigadeiro Tobias, in downtown São Paulo. In April 1900, the state government tasked the school with administering dentist and midwife licentiate exams due to the absence of special programs in these fields in the region. Almost a year later, the dentistry and midwifery programs were officially incorporated into the institution, which was accordingly renamed the School of Pharmacy, Dentistry, and Obstetrics. The two new programs would eventually be split off from the school; the obstetrics program was carved out in 1911 with the creation of the São Paulo School of Midwives, and in 1962 the dentistry program became what is now the School of Dentistry at USP.

In 1905 the school was transferred to a building on rua Marquês de Três Rios, in the district of Bom Retiro. The institution’s financial position, however, was dire. Only 11 students had enrolled during the school’s first year of operation, in 1899. The following year, the figure dropped to six. Professors not only worked for free, but often supported the school out of their own pockets. To compound the situation, the school ran upon a number of bureaucratic roadblocks and came close to being closed down. The institution operated without a director for around 15 years until, in 1932, physician Benedicto Augusto de Freitas Montenegro was appointed to head the institution. He secured accreditation from the federal government while working with the São Paulo State Government to incorporate the school into the newly created USP, as the School of Pharmacy and Dentistry.

Innovation
Since becoming a part of USP, the School of Pharmaceutical Sciences has established itself as one of Brazil’s leading institutions in education and research. The school now covers an area of ​​more than 23,000 square meters in the Chemistry wing of the campus. With 84 professors, the school has trained more than 7,000 pharmacists as well as 1,880 master’s and 1,125 doctoral students, helping to develop a new generation of professors and researchers in the fields of medicines, clinical and toxicological testing, and food science at USP and at other education and research institutions in Brazil and around the world. FCF is currently USP’s third largest school and boasts the largest number of patents. Its most important patent is for Vonau Flash, a drug used to prevent nausea and vomiting. The formulation was developed by the Laboratory for Medicine Development and Innovation at FCF in collaboration with Biolab Sanus. The license agreement was concluded in 2005 and is currently the University’s largest source of royalties.

One of the unit’s primary research programs today is led by biologist Silvya Stuchi Maria-Engler. The program is developing an artificial skin model to replace animal testing of cosmetics and drugs. Some of the program’s most recent research projects include an aged skin for use in anti-aging cosmetics tests, an epidermis that is similar to commercial models, and a 3D skin meant for skin cancer studies (see Pesquisa FAPESP issue no. 245).

Equipment at the Laboratory of Pharmacotechnical Development and InnovationLéo Ramos Chaves

In the Department of Biochemical and Pharmaceutical Technology, a group led by food engineer Adalberto Pessoa Junior is working to establish local production of L-Asparaginase—an enzyme used in the treatment of acute lymphoid leukemia, a type of cancer of the bone marrow that affects the white blood cells. A pilot is currently being run following the successful development of the molecule and initial laboratory-scale testing. In the Department of Pharmacy, a team led by pharmaceutical biochemist Elizabeth Igne Ferreira is developing new formulations of drugs used to treat neglected diseases caused by infectious agents or parasites that are endemic in low-income populations.

The school also hosts a Food Research Center (FORC), one of several FAPESP-supported Research, Innovation, and Dissemination Centers (RIDC), in the Department of Food Science and Experimental Nutrition. The first residency in clinical pharmacy and pharmaceutical care in São Paulo has also been recently introduced in collaboration with the University Hospital. “This is a two-year program in which students have the opportunity to gain experience at different clinics and Primary Healthcare Units [UBS] before choosing a specialty.”

In undergraduate and graduate programs, another recent addition is the University Pharmacy (FarmUSP) for follow-up pharmaceutical care. “After a physician has made a diagnosis and prescribed medication, at the pharmacist’s office patients receive advice on the use of the medication and the steps in their therapy,” explains Borelli. “Today’s pharmacists are expected to be more attentive to patients and more actively involved in multidisciplinary healthcare teams, and our pharmacy program is being redesigned accordingly.”