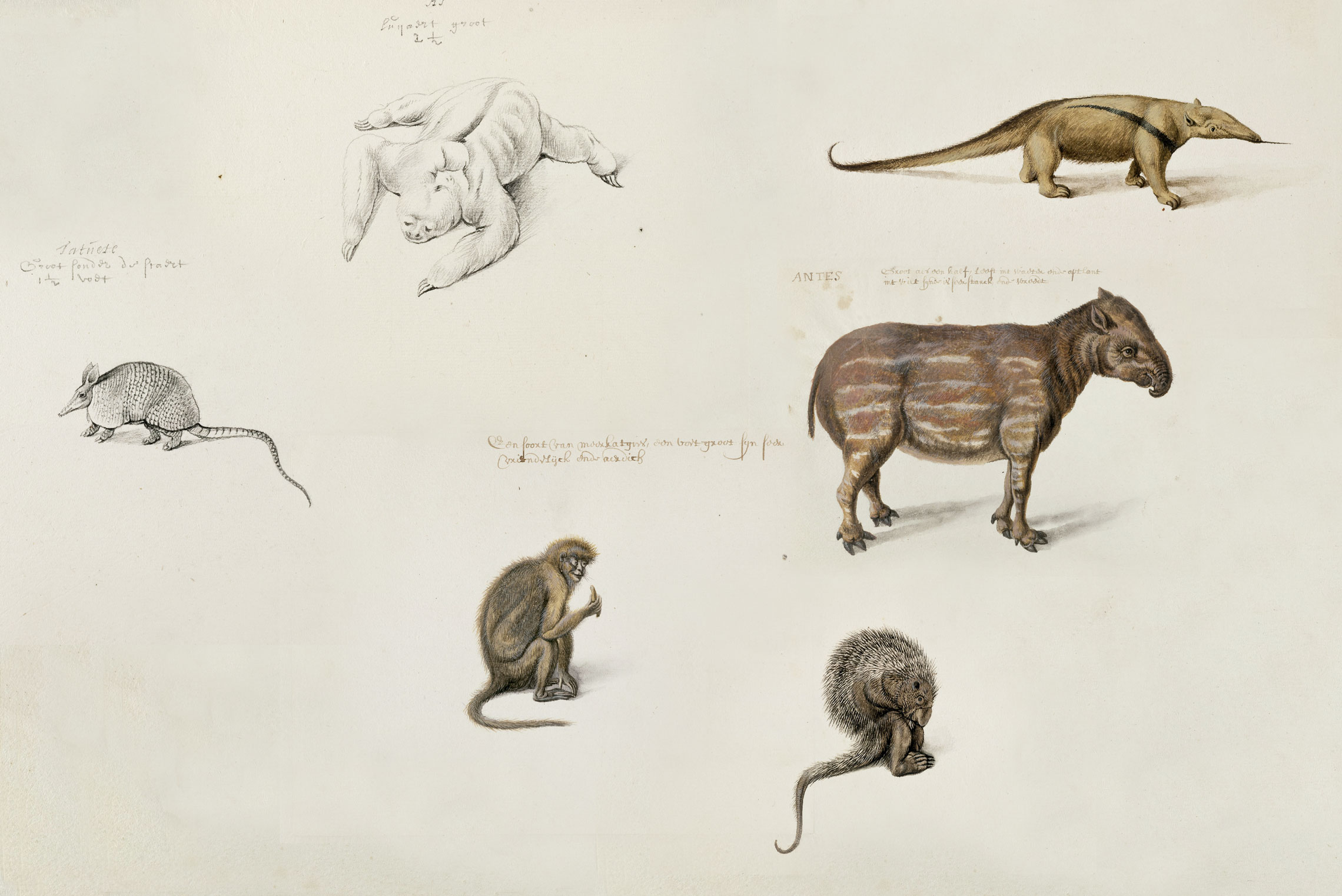 Sloth, armadillo, monkey, anteater, tapir, and porcupine are some of the animals portrayed by Frans Post during his time in northeastern Brazil

Painter Frans Janszoon Post was 25 years old when he arrived in Brazil in 1637. He joined architects, naturalists, and physicians who comprised the entourage of the count Maurício de Nassau (1604–1679). Until 1644, when he left the country, he dedicated himself to drawing or painting everything he felt warranted registering what was then under the possession of Holland. Recently discovered at Noord-Hollands Archief, 34 of these works of art are now on display for public viewing at the National Gallery of Ireland in Dublin, Ireland.

The representations of animals were located by Alexander de Bruin, curator of images for the Dutch archive, during a digitalization project at the start of this decade. While searching for paintings from the sixteenth and seventeenth centuries, he found the images in a file with drawings of birds that had been donated to the archive in 1888, which included artwork by two other Dutch artists who were contemporaries of Post: Pieter Holsteijn I (1585–1662) and Pieter Holsteijn II (1614–1673). Impressed with the quality of the artwork, Bruin worked with experts from Rijksmuseum in Amsterdam and from the magazine Master Drawings to establish their authenticity. Prior to this discovery, there were no known studies of plants or animals authored by Post.

In the creation of the artwork, Post used three distinct techniques. Twenty-four of them were made with gouache and watercolor. And the remaining 10 were done in graphite. His representations are meticulous and almost all include hand-written notes, dated in the seventeenth century and which mention the appearance, temperament, behavior, and even the taste of the meat of the animals portrayed—but not one of them is signed. “The works of art and their captions have a certain freshness that gives the sense that you are actually looking over the shoulder of Frans Post, while he captures the fascinating fauna of the New World,” observes Bruin in a text published on the website of Noord-Hollands Archief.

Until December 9th, the National Gallery is exhibiting the artwork of Post, who was born and died in Haarlem (1612–1680). In addition to these studies of animals, such as tapirs, skunks, squid, and monkeys, the exhibition includes other works by the artist who gained notoriety after he began to portray the country’s richness. Two works that are fundamental for understanding his art, Paisagem brasileira com fábrica de açúcar (Brazilian landscapes with a sugar mill; ca. 1660) and Visão de Olinda (View of Olinda; 1662), portray some of the characteristics that define the work of the Dutch artist: horizons with skies that open up to vast areas, with an object meticulously painted in the foreground (see Pesquisa FAPESP issue no. 100).