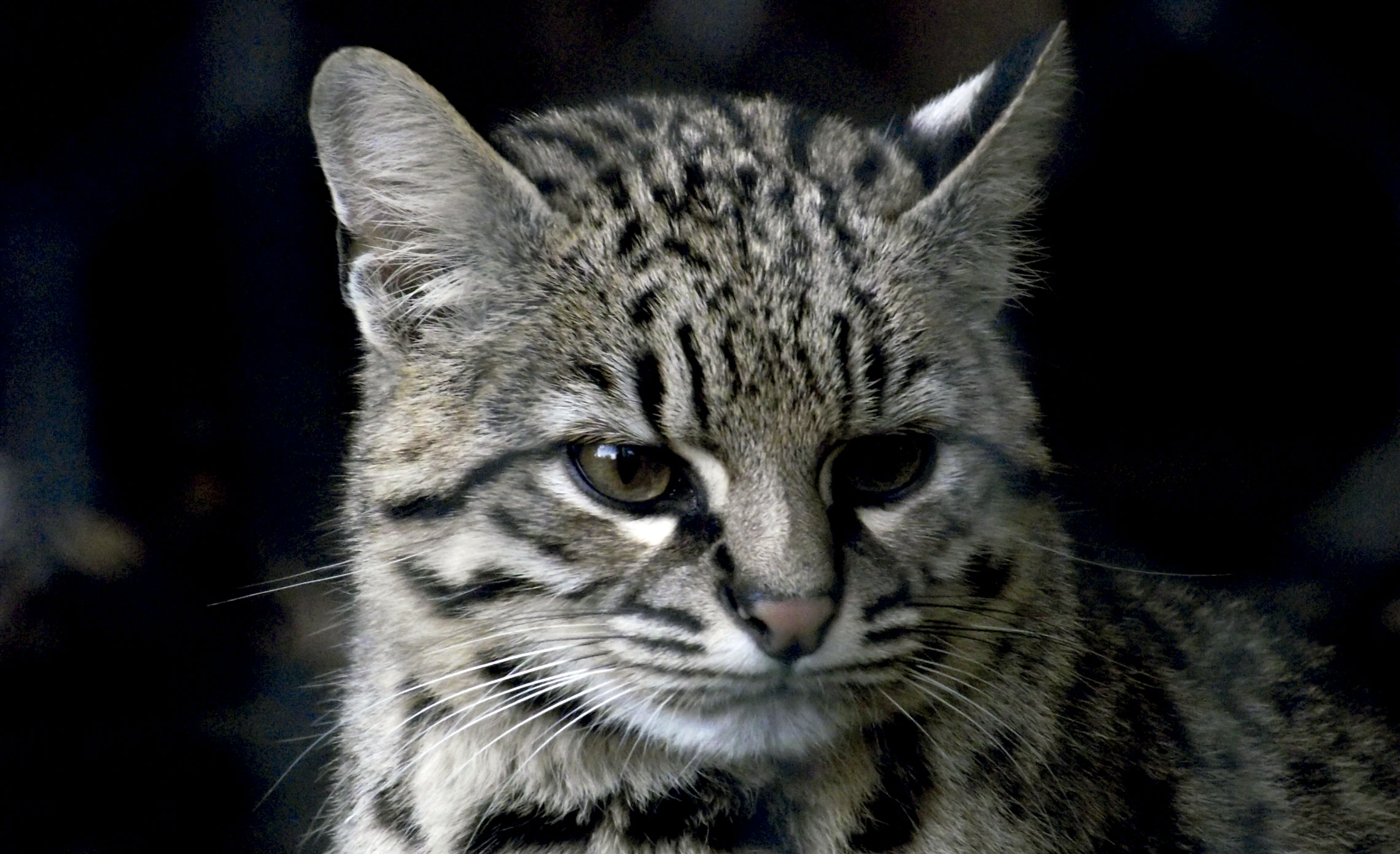 Slightly larger than a domestic cat, the Geoffroy's cat is found in southern Brazil and parts of Bolivia, Chile, and Argentina

From November 2013 to September 2015, biologists from the state of Rio Grande do Sul monitored a population of Geoffroy’s cats (Leopardus geoffroyi) in the Caverá mountains, in the west of the state. Little is known about the behavior of this feline, which is slightly larger than the domestic cat and found in southern Brazil and parts of Bolivia, Chile, and Argentina. The researchers took 516 photographs using camera traps and captured 12 animals to collect blood samples. Of these, seven (four males and three females) were then tracked using radiotelemetry devices. The males are larger than the females and occupy a larger area, according to the team, which was coordinated by Eduardo Eizirik, a professor at the Pontifical Catholic University of Rio Grande do Sul (PUC-RS). The larger the animal, the greater the area that it inhabits. Despite being solitary creatures, their home ranges often overlapped, suggesting that they tolerate a degree of coexistence with other individuals of the species. Genetic analysis indicated that most of the individuals captured were not related (Journal of Mammalogy, August). The Chico Mendes Institute for Biodiversity Conservation, run by the Brazilian Environmental Ministry, estimates that 4,000 Geoffroy’s cats currently live in Brazil, but that this population could drop by 10% over the next 15 years due to the loss of habitat, hunting in retaliation for killings of domestic animals, and negative effects of crossbreeding with other species.