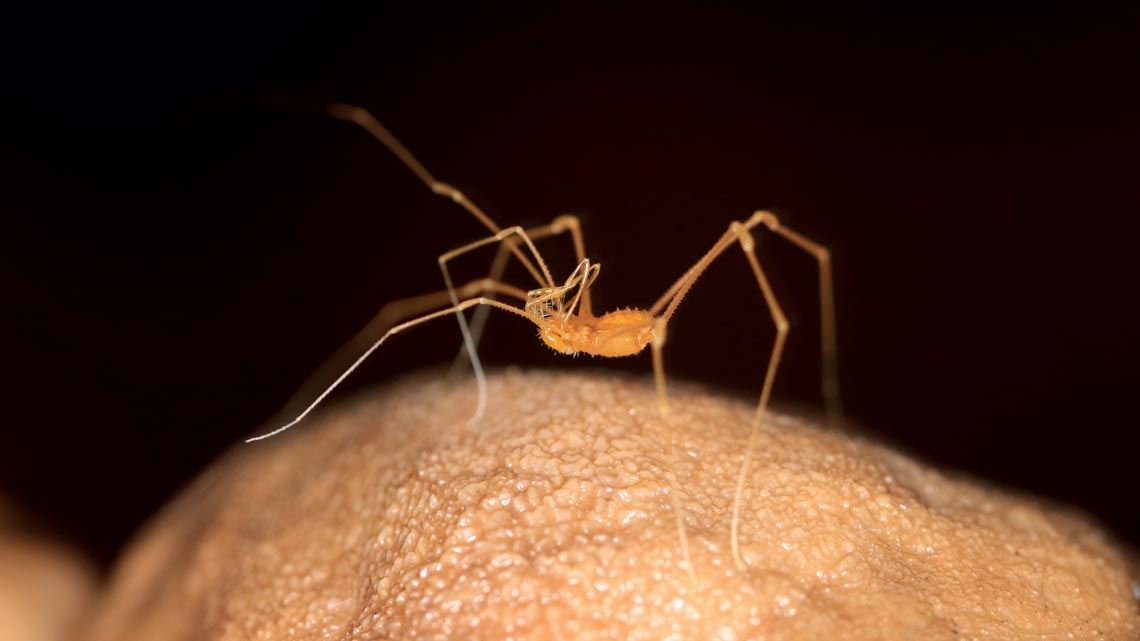 Of all the harvestman species found in Brazil, Giupponia Chagasi is the best adapted to living in caves—a trait known as troglomorphism. It has no eyes and moves around on eight long legs that also function like a blind person’s cane. Nothing else is known about its life—not even whether the described species is the only one in the genus or if there are others so similar that only genetic studies can differentiate them. The Ramalho mountain range where they live in the Bahian municipality of Carinhanha features an interconnected cave system that allows these arachnids to migrate without ever going above ground. Deforestation in the surrounding areas and the risk of drainage silting, however, are a threat to these reclusive creatures.

Image submitted by Rodrigo Lopes Ferreira, a professor at the Department of Ecology and Conservation of the Federal University of Lavras