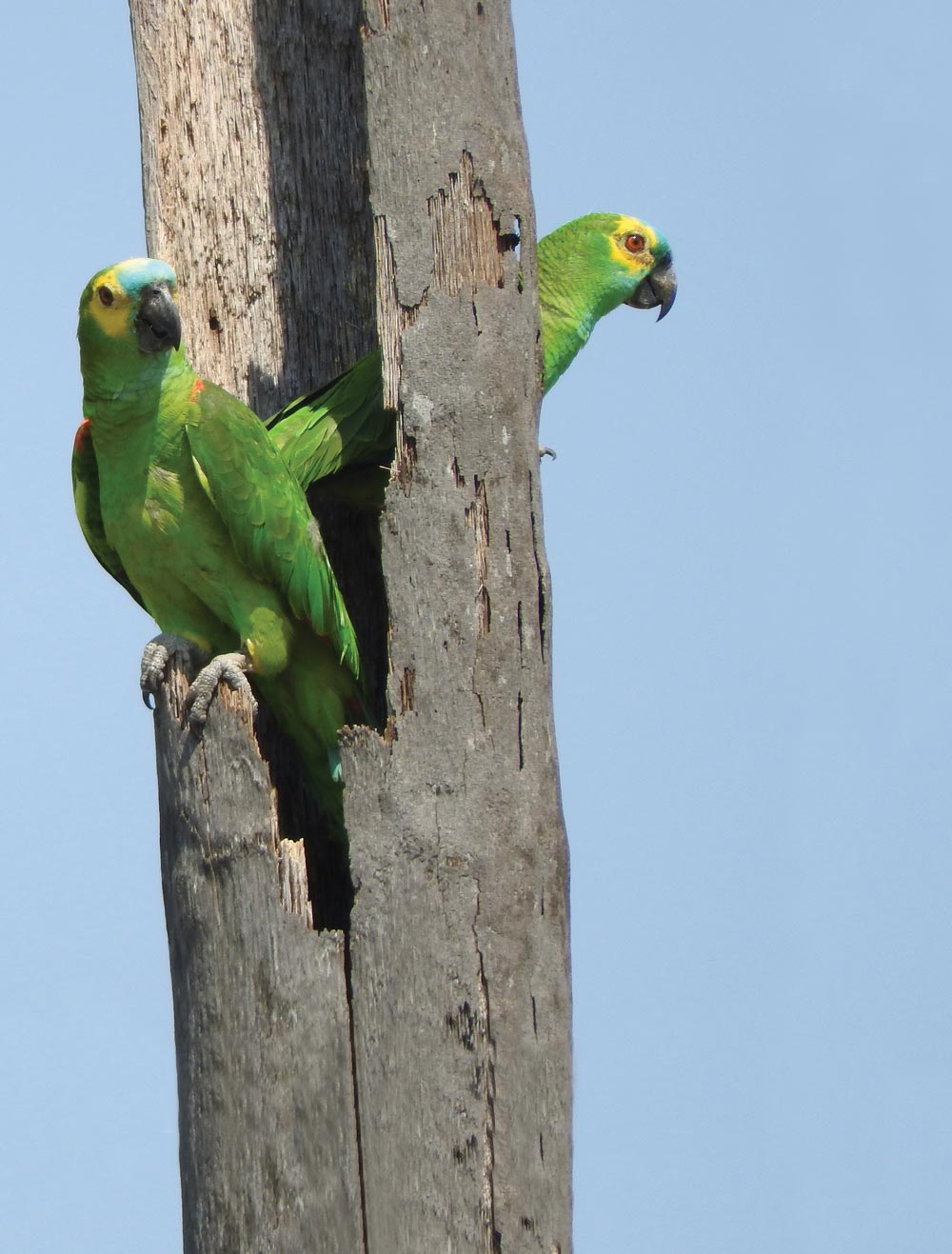 At 35 centimeters long and weighing 400 grams, the turquoise-fronted Amazon parrot (Amazon aestiva) lives for an average of 60 years, with some even reaching 80. A team led by Brazilian biologist Cláudio Vianna de Mello, from Oregon Health & Science University in the USA, has sequenced the bird’s entire genome and identified at least 300 genes that may be associated with its long life (Current Biology, December 6). One is the Tert, which encodes a protein of the telomerase enzyme. Telomerase protects the telomeres at the ends of chromosomes, preventing them from deteriorating during cell division. The enzyme is more active in these parrots, slowing down the cell-aging process. The researchers also identified mutations in genes associated with DNA repair, cell proliferation control, and protection of the immune system against oxidative stress, all of which could increase longevity. The parrot’s genome was compared to 30 other bird species, including others that live for a long time, such as the scarlet macaw (Ara macao), which lives to 40 to 60 years of age. The study highlights that regions of the parrot’s DNA that differ from the patterns found in other long-living birds, as well as regulatory gene sequences involved in brain development, could be behind its increased cognitive function. The turquoise-fronted Amazon parrot has a unique coloring: adult females have reddish orange markings on the head and an orange ring in their eyes; males, meanwhile, have black beaks and yellowish orange feathers on their heads.