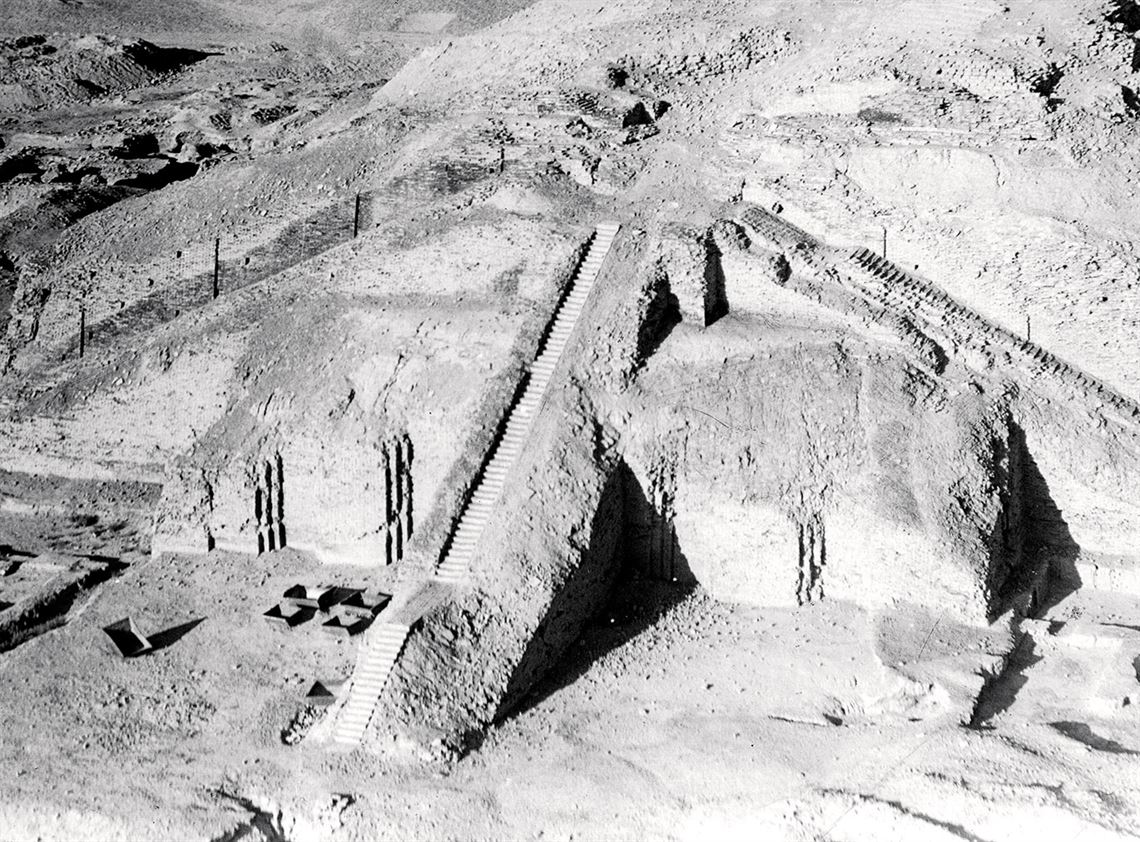 Ur, an important Mesopotamian city-state between 3,800 and 500 BC, may have occupied an area up to eight times greater than previously estimated by archaeologists in the 1980s. Using current aerial images and photographs taken by spy planes and satellites during the Cold War, as well as recent expeditions to the site, archaeologist Emily Hammer of the University of Pennsylvania, USA, is redefining the size of Ur’s territory. Her estimates indicate that the city-state covered 5 square kilometers. High-resolution aerial images taken by a drone in 2017 provided evidence of buildings spread over a vast unmapped area. Photos taken by U-2 planes in the 1950s and satellites in the 1960s also suggest the existence of a network of channels and other structures linking the central region of Ur to a more distant location, to which it may have occasionally connected (Iraq, December 2019). What remains of Ur is located on the outskirts of Tell el-Muqayyar, Iraq. One example is the ziggurat (photograph), a pyramid-shaped Mesopotamian temple.