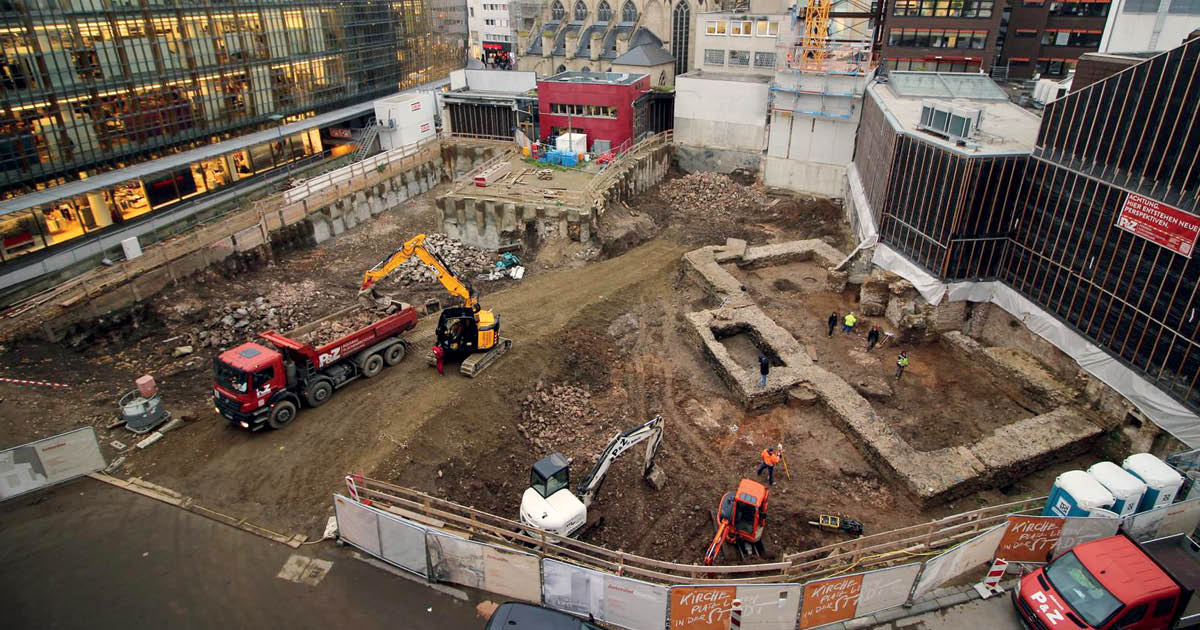 Ruins of Roman library discovered during excavation in Cologne, Germany

Construction works on a church community center have revealed the ruins of a Roman library in the city of Cologne, Germany. Believed to be the oldest in the country, the library dates from the second century, and would have been 9 meters (m) wide and 20 m long. The municipal authorities have known of the existence of foundations of a large Roman building somewhere in the region since the nineteenth century, but the exact location was unknown. After the building was discovered, archaeologists from the Romano-Germanic Museum began excavating a ​​2,000-square-meter area and found that the building design resembles that of other ancient libraries, such as Celsus, in present-day Turkey. The internal walls have regular intervals 1.8 m in length and 80 centimeters in depth, where the researchers believe scrolls would have been stored. Archaeologists suspect that the library was public, because of its size and location in the old city center. The composition of the collection is still unknown, but could have included works of history, science, and literature. The church has since decided to incorporate the discovery into its community center. Once preservation works are complete, the ruins will be open to the public.