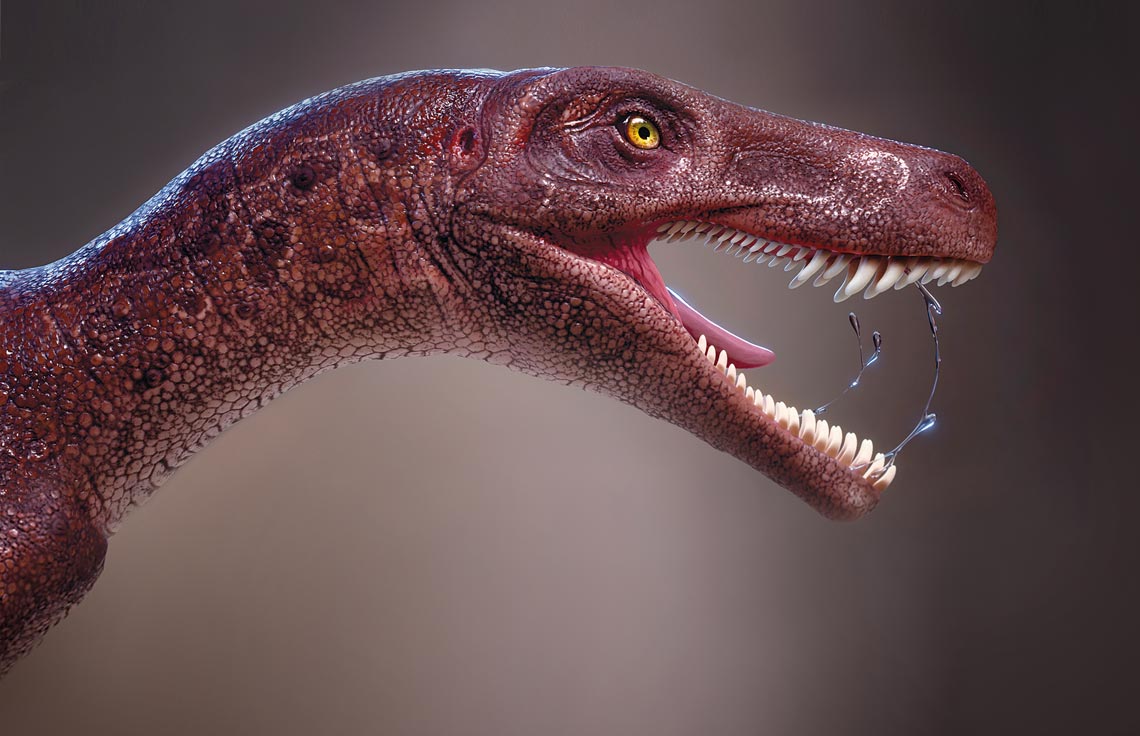 A fossil discovered in Rio Grande do Sul is the best-preserved representative of the herrerasauridae, one of the first strains of carnivorous dinosaur. The new biped Gnathovorax cabreirai has been described based on an individual found in 2014 in the municipality of São João do Polêsine, 50 kilometers from Santa Maria, in the center of the state (PeerJ, November 8). The area is rich in paleontological sites with dinosaurs and other reptiles from the Upper Triassic, between 237 and 201 million years ago. Gnathovorax means “jaws inclined to devour,” alluding to the animal’s predatory nature, and cabreirai is a reference to paleontologist Sérgio Cabreira, who discovered the fossil. An almost complete skeleton of the dinosaur, which is believed to have reached up to 3 meters in length from head to tail, was found in a 2-ton block of rock. The geological age of the rock indicates that G. cabreirai lived just over 230 million years ago, at about the same time as Staurikosaurus pricei, the first dinosaur discovered in Brazil, in 1936. Found in Santa Maria, S. pricei also belonged to the herrerasasuridae, a relatively rare group of dinosaurs. “Even in Argentina, where a greater number of herrerasasuridae specimens have been found, none is as complete and well preserved as G. cabreirai,” says paleontologist Rodrigo Müller, from the Federal University of Santa Maria (UFSM). He was one of the authors of the scientific article that described the new species, together with colleagues from UFSM and paleontologist Max Langer from the University of São Paulo (USP). The scientists were able to recreate a large part of the dinosaur’s brain using computed tomography. 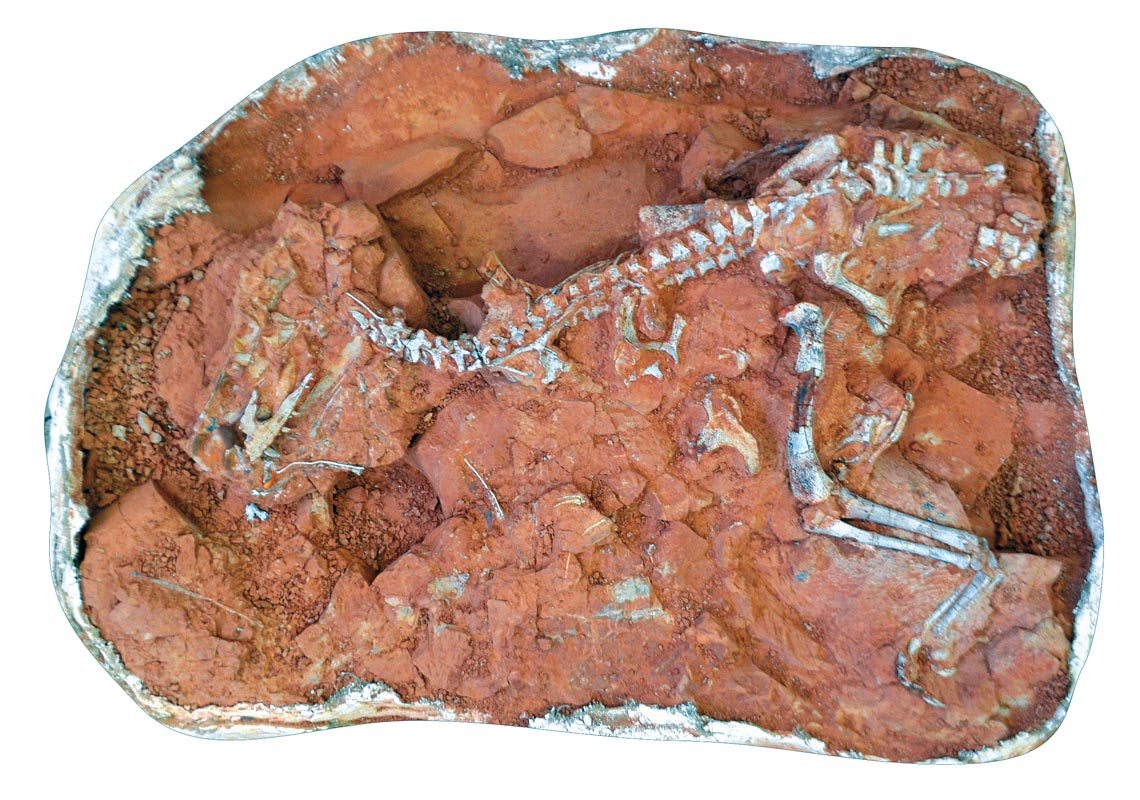 Rock where the almost complete fossil of Gnathovorax cabreirai was found, whose appearance was reconstructed in the illustrationRodrigo Müller / UFSM
Republish