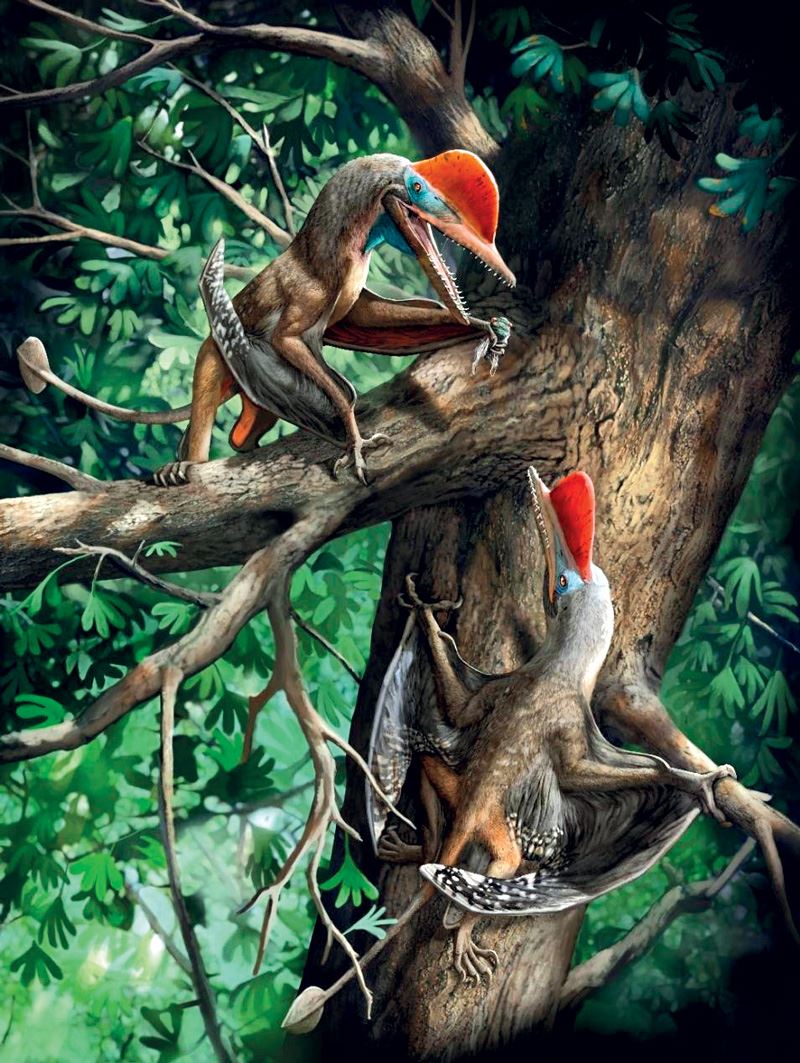 Chuang ZhaoA 160-million-year-old fossil discovered in Liaoning, northeast China, belongs to a new species of pterosaur, which has been generating curiosity. Named Kunpengopterus antipollicatus, the flying reptile was small (about 85 centimeters long) and had forelegs that resemble primate hands, with two long fingers and an opposable thumb. It has thus been nicknamed “monkeydactyl.” This is the oldest record in pterosaurs of a true opposable thumb, an adaptation typical of animals that live in trees and seen in primates, rodents, marsupials, tree frogs, and chameleons. A tomography scan of the fossil revealed other details that confirm the arboreal habits of the animal from the Jurassic Period (Current Biology, April 12). The international team of paleontologists was led by Xuanyu Zhou, from the China Geosciences University, and Rodrigo Pêgas, from the Federal University of ABC (UFABC). The pair identified the newly collected fossil on a visit to the Pterosaur Museum in Beipiao, China. “We quickly recognized the importance of the artifact and asked permission to study it,” explains the Brazilian coauthor.