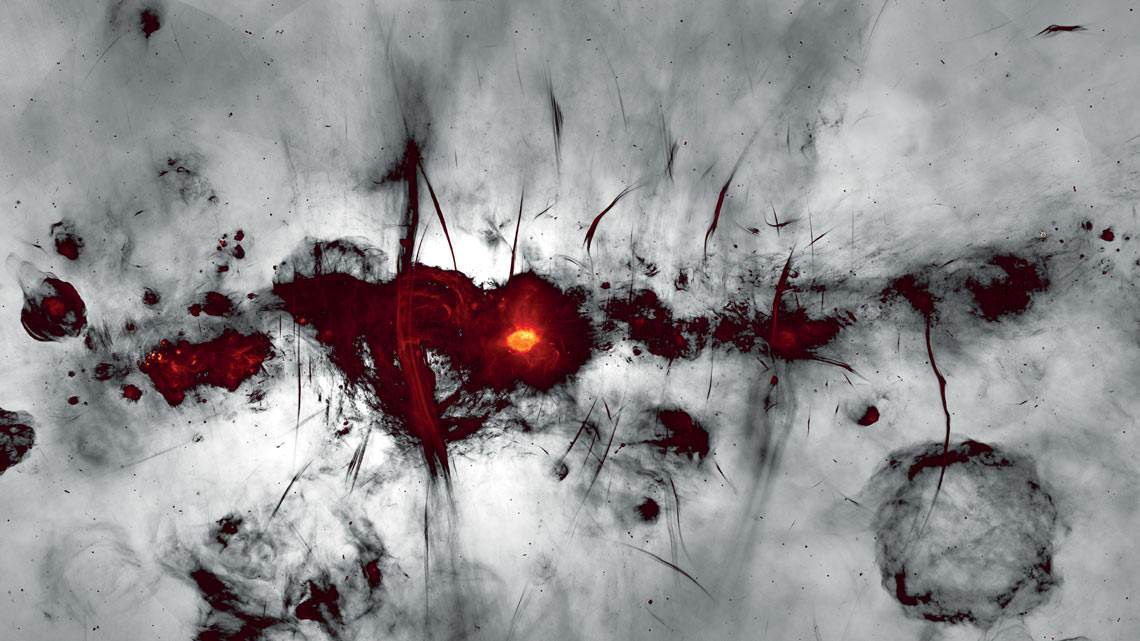 Area around the black hole Sagittarius A* (orange circle), supernova remnants, and radio filaments in the center of the Milky Way, as seen by MeerKAT

Unrest seems to reign at the heart of the Milky Way, the galaxy in which our solar system is located. A high-resolution image of the galactic core reveals an abundance of highly energetic events, some observed for the first time: remnants of supernova (bubbles of gas and matter ejected during the explosive death of stars), star-forming regions, mysterious long, bright filaments, as well as the turbulent region around Sagittarius A*, the supermassive black hole at the center of the galaxy (The Astrophysical Journal, February 1). The image, which resembles an abstract painting, was produced by the MeerKAT radio telescope, an array of 64 antennas situated in South Africa. The scanned area represents a rectangle 1,000 light-years long by 600 wide and contains hundreds of millions of stars—the galaxy is 100,000 light-years in radius and is home to hundreds of billions of stars. “The best telescopes expand our horizons in unexpected ways,” Fernando Camilo, chief astronomer at the South African Radio Astronomy Observatory (SARAO), where MeerKAT is based, said in a statement.