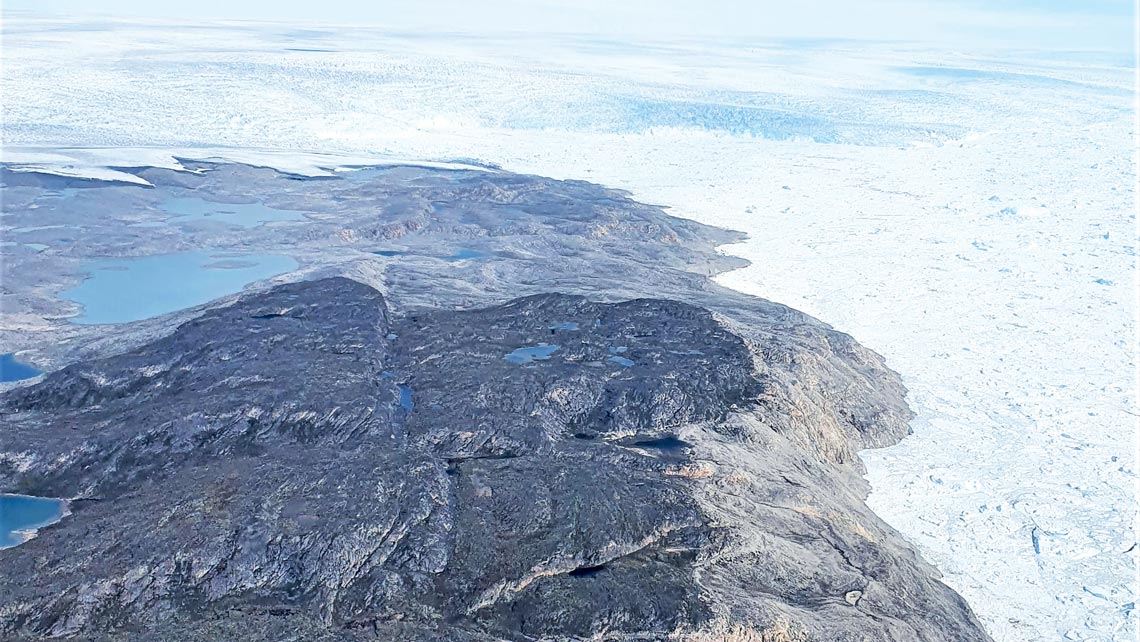 Greenland’s three largest glaciers—Jakobshavn Isbræ, Kangerlussuaq Glacier, and Helheim—lost nearly 2.9 trillion tons of ice between 1880 and 2012. Shfaqat Abbas Khan, from the Technical University of Denmark, together with colleagues from the USA and the UK, arrived at these figures after analyzing historical photos of the glaciers and reconstructing the melting process for the years before Earth observation satellites were launched in the 1970s (Nature Communications, November 17). The melted ice contributed to the global sea level rising by 8.1 millimeters (mm) in the twentieth century, when the planet’s average temperature increased by about 1 degree Celsius (°C). The worst case scenario estimated by the most recent report by the Intergovernmental Panel on Climate Change (IPCC) is that melting ice in Greenland could contribute to a sea level rise of 9.1 mm to 14.9 mm over the twenty-first century if nothing is done to reduce carbon dioxide emissions and global temperatures increase by 3.7 °C by 2100. The new study predicts, however, that sea levels may rise much more than the IPCC’s most pessimistic forecast, projecting that global warming this century will be almost four times higher than the increase that has occurred since 1880.