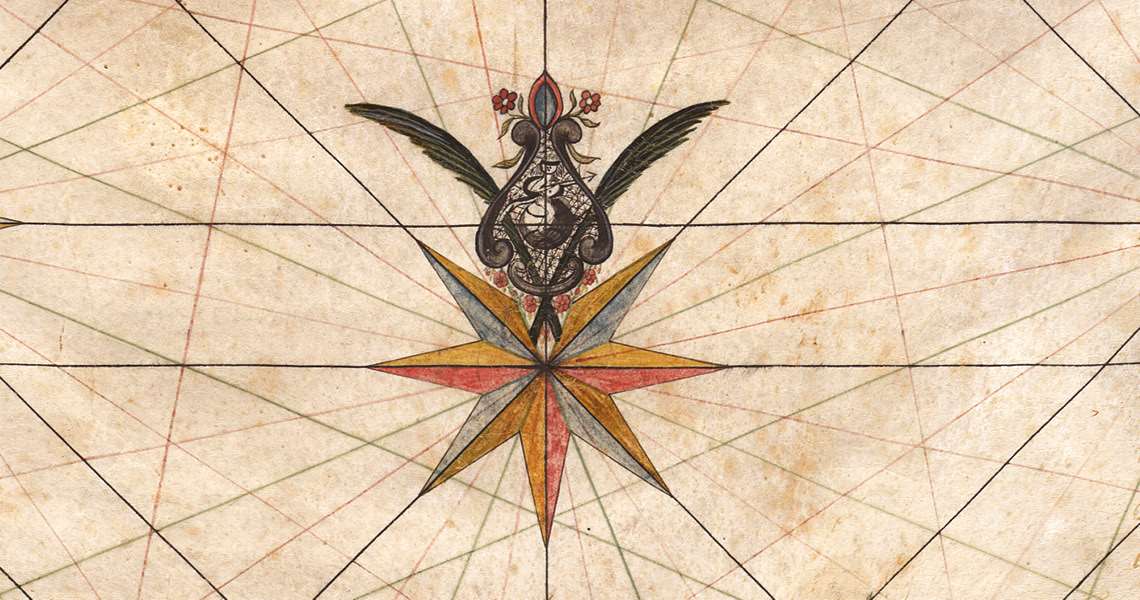 Detail of an indigenous person firing an arrow, at the top of one of the compass roses

At the end of March, in one of her weekly inspections, designer and historian Fernanda Deminicis de Albuquerque found an unexpected detail in one of the maps on display at the Naval Museum, in Rio de Janeiro, that she had visited many times: the drawing of a blindfolded indigenous person, less than 1 centimeter (cm) tall, sitting on a terrestrial globe firing an arrow. The little man was on top of one of the 11 compass roses that illustrate the Nautical Chart of the Atlantic Ocean, made on parchment in 1776 by Portuguese military engineer Simão Antonio da Rosa Pinheiro, measuring 88 cm wide and 76 cm tall. 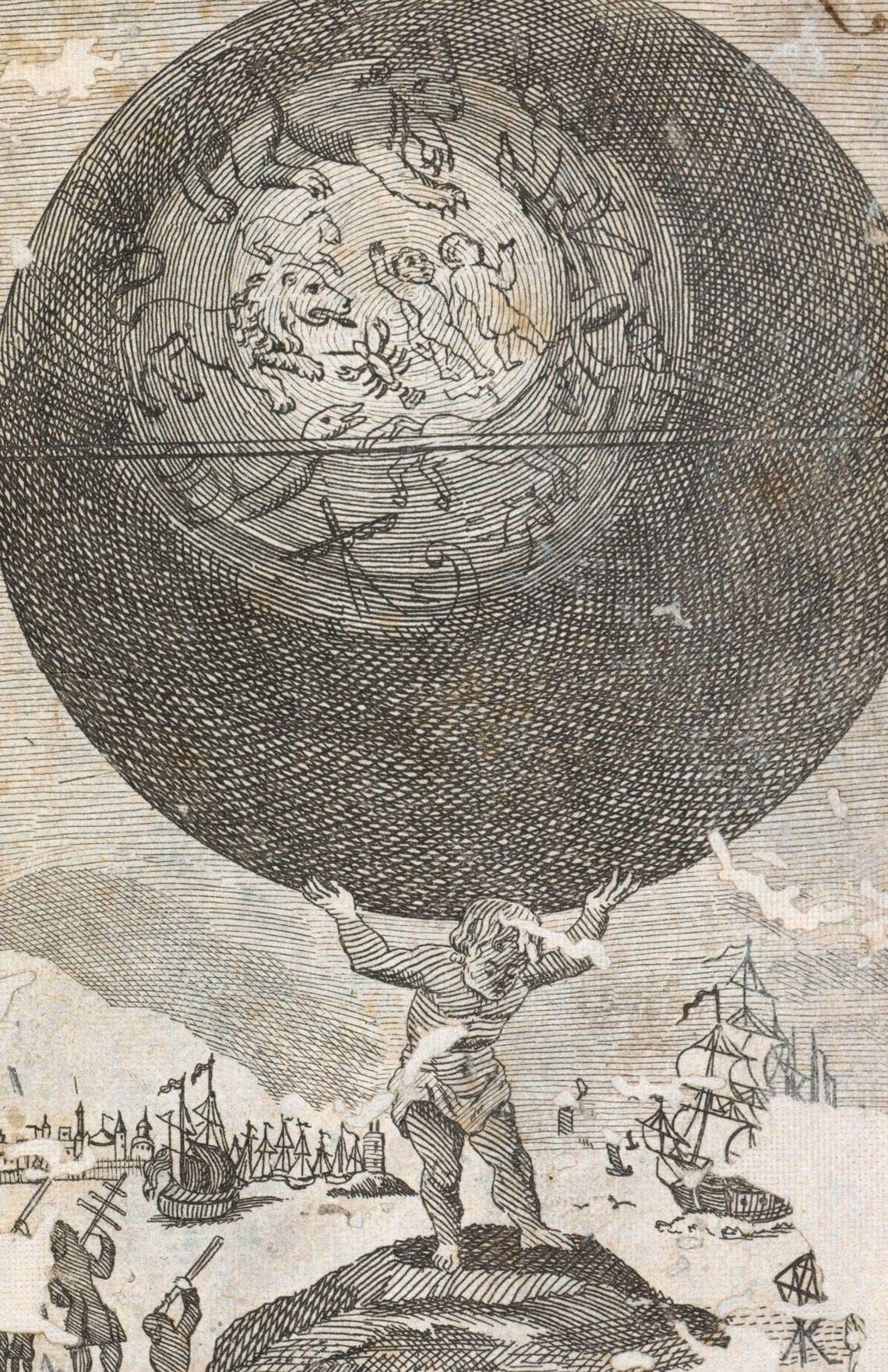 The map represents the nautical routes, parallels, and meridians between South America and part of Africa, Europe, and North America. “Nautical cartography was important for consolidating the slave trade with the ports in Africa, which reached its peak at precisely the time of Brazil’s Independence,” observes historian Íris Kantor, of the University of São Paulo (USP), one of the curators of the exhibition O Atlântico Sul na construção do Brasil independente (The South Atlantic in the construction of independent Brazil), alongside fellow historian Heloisa Meireles Gesteira, of the Museum of Astronomy and Related Sciences (MAST), and librarian Maria Dulce de Faria, of the Brazilian National Library.

While preparing the exhibition, which opened at the Naval Museum in November and attracted around 10,000 visitors before it closed in June, they had seen other evidence of Pinheiro’s boldness. In the upper right corner of the map, there was a stork talking with a fox, a reference to one of Aesop’s fables (620 BC–564 BC), the moral of which suggests not doing to others what you do not wish they do to you. Allegories with critical messages such as this were extremely rare.

The exhibition united 23 maps and seven atlases printed in the UK, France, and Spain, selected from around 1,000 brought to Brazil by the Portuguese Court in 1808 and kept in the Marine Guard Library. Another work preserved for two centuries was the Carta geográfica da América portuguesa (Geographical chart of Portuguese America), by military engineer Tomaz de Souza, showing the Central Plateau and its connections with the Amazon and Paraguay river basins.

“The collection had never been looked at in conjunction,” said Albuquerque, responsible for planning and setting up the exhibition. “The precision and detail of the maps are impressive,” she says. “Four charts deal with the navigation of rivers with waterfalls in the North region, such as the Oiapoque, with markings of the waterfalls and the points where cargo and passengers should be unloaded, and even the routes on land to take the boats, with the help of the indigenous people, until the next navigable stretch.” 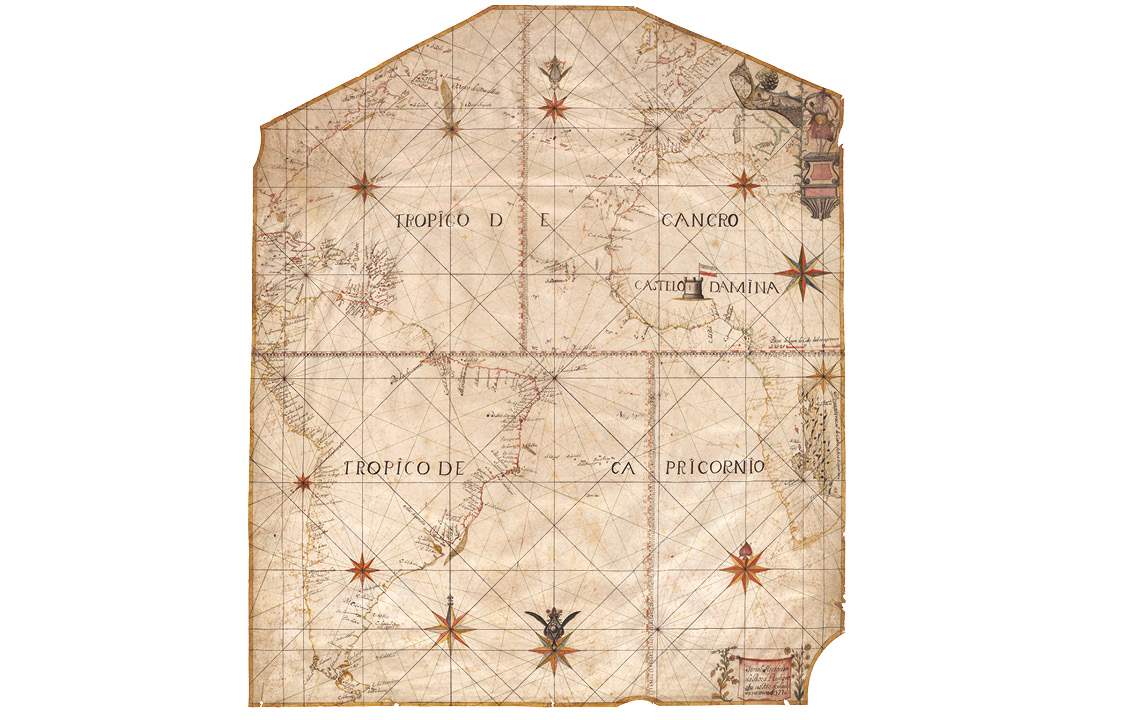 The curators reconstructed the circulation from manuscript maps, the printing of which was prohibited in Portuguese America due to containing strategic information. One is the reproduction of a map printed clandestinely in Rio de Janeiro, which was copied and reproduced by foreign cartographers between 1792 and 1794. The original can be found at the Municipal Library of Porto.

“The documents and objects from the exhibition suggest that the cartographers from Portugal where heavily involved in debates about the most precise method of measuring longitude at sea, a problem that was intensely discussed at the time, based on tests done with chronometers,” observes Gesteira. Among the nautical instruments from the Naval Museum collection—chronometers, compasses, binoculars, and globes, among others—a richly decorated compass with the coat of arms of Portugal from 1876 caught her attention. The device has a lateral slot in which another instrument can be fitted, such as a sextant, capable of indicating the declination of the sun, important information for the navigators to locate themselves.