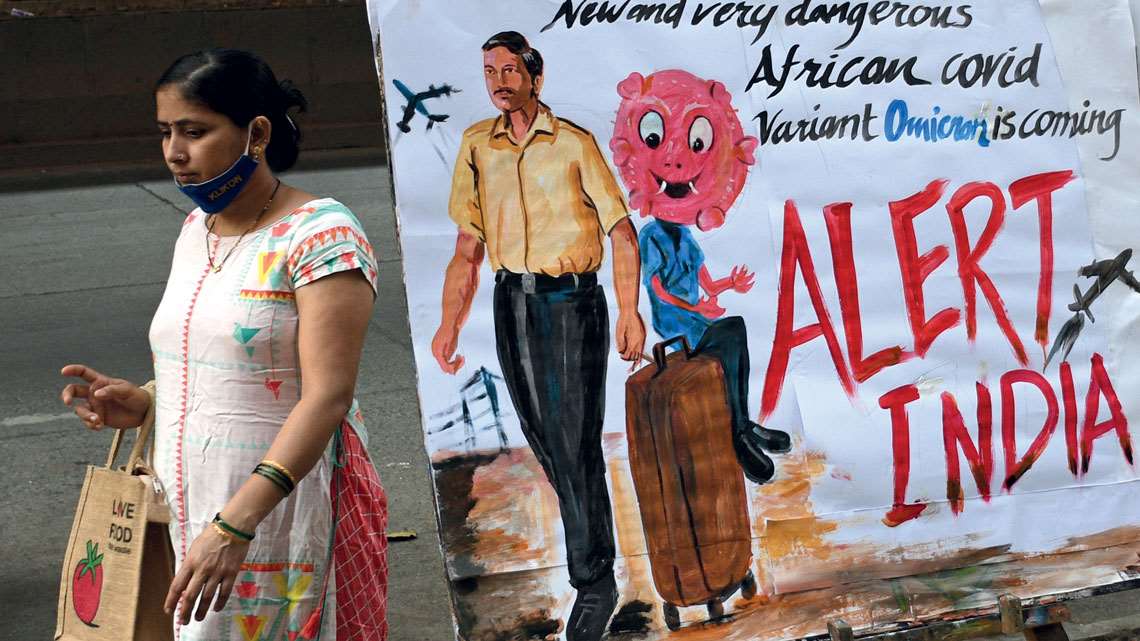 Poster on a street in Mumbai, India, issues a warning about the new SARS-CoV-2 variant at the end of November

On November 25, a team led by Brazilian bioinformatics researcher Tulio de Oliveira, director of the KwaZulu-Natal Research Innovation and Sequencing Platform (KRISP) in Durban, South Africa, announced the discovery of a new lineage of the SARS-CoV-2 virus: a highly transmissible variant with more than 50 mutations that is driving a new wave of COVID-19 cases in the African country—most cases appeared to be mild, especially in children under 5 years old, an age group that has not yet been vaccinated. The researchers suspected a distinct form of the virus was circulating when they noticed an increase in COVID-19 cases earlier that month in Gauteng province, where Johannesburg, South Africa’s largest city, is located. Initially named B.1.1.529, the World Health Organization (WHO) renamed the new variant omicron, the 15th letter of the Greek alphabet, in line with the standards established in May 2021.

It is not yet known whether omicron originated in South Africa or it was simply where it was first identified. Genetic samples of the new variant were also shared in November by researchers from Botswana, which borders South Africa, and Hong Kong. Before the end of that month, the first cases of COVID-19 caused by the omicron were reported in other parts of the world, including Belgium and Israel. In December, reported cases attributed to the variant began to soar worldwide. 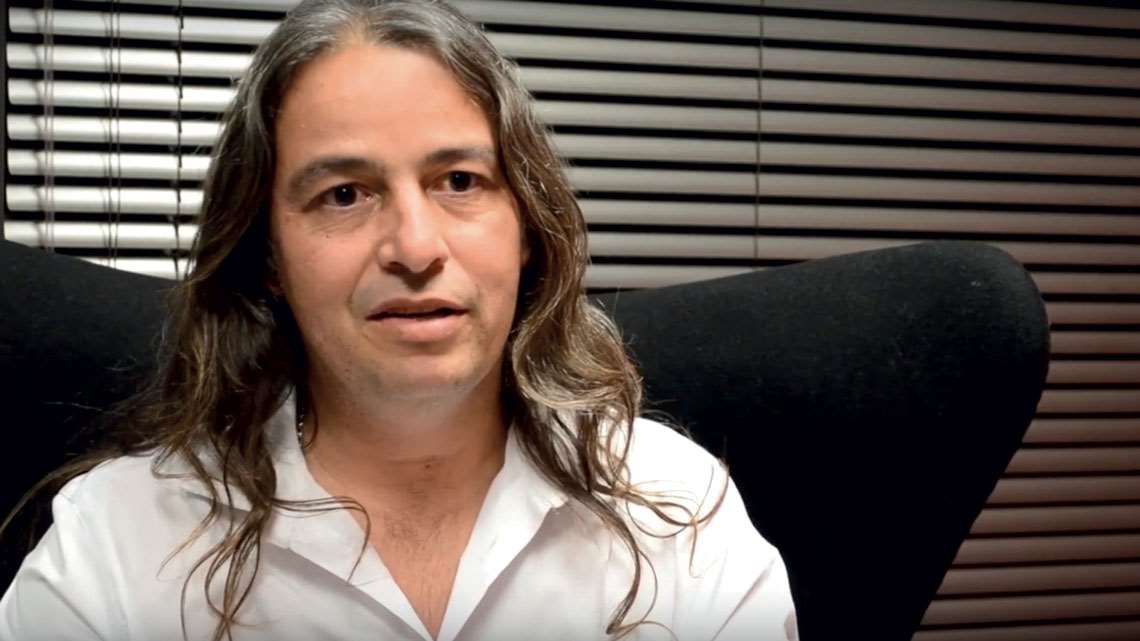 Even with 70% of the population fully vaccinated and more than a third having received a third booster shot, the UK has experienced an unprecedented wave of new cases, likely due to the arrival of omicron. On December 15, the country recorded 78,610 cases, the highest number since the pandemic began, serving as a warning at a time when the British government and other countries were loosening social distancing and mask policies. As of December 22, 14 deaths have been attributed to omicron in the UK and the WHO has recorded reports of the variant in 106 countries. In Brazil, 27 cases caused by omicron had been confirmed at the time this article was printed. In mid-December, a group led by Edison Durigon, a virologist from the Institute of Biomedical Sciences (ICB) at the University of São Paulo (USP), isolated the variant in the country for the first time.

News of the variant’s emergence has led some countries to restrict air traffic from southern African nations. The reaction irritated Oliveira, whose team was also responsible for identifying another variant of the novel coronavirus in December 2020: the beta variant. In an interview with the Journal Nature, which recently named him as one of 2021’s ten most important scientists, the Brazilian said that South Africa was made a scapegoat and “a smokescreen for vaccine hoarding” by rich countries, who he said are “losing control of the pandemic.” Around 6% of the inhabitants of Africa—home to 1.3 billion people, 17% of the world’s population—have so far been fully vaccinated against COVID-19 (see graph). In South Africa, the most developed country on the continent, the vaccination rate is around 25%.

Despite the low levels of immunization, the continent had only officially recorded 6.5 million cases and 160,000 deaths by mid-December. “Cases and deaths in Africa are highly underreported and this partly explains the apparently lower impact of the pandemic there,” says Ester Sabino, a physician from USP’s School of Medicine. “Africa has the lowest average age of all the continents. The risk of developing COVID-19 increases exponentially after the age of 50, so this could be a factor minimizing the impact of COVID-19 in Africa.”

Since the initial SARS-CoV-2 virus was identified in the Chinese city of Wuhan two years ago, omicron is the fifth strain to be designated a variant of concern by the WHO, after alpha, beta, gamma, and delta. Variants are given this status when the data demonstrates they are associated with a significant change in at least one of the COVID-19 risk factors, which are: increased transmissibility, worsening epidemiological situation, increased virulence of the pathogen, changes in the clinical profile of the disease, or decreased effectiveness of public health measures, diagnostic methods, treatments, or vaccines.

Omicron’s high transmissibility has led health authorities to predict that the new variant will soon become dominant worldwide. Its arrival and uncertain impact should serve as a warning against abandoning social restrictions and pharmaceutical interventions aimed at controlling the pandemic. “I need to be very clear: vaccines alone will not get any country out of this crisis,” Tedros Adhanom Ghebreyesus, director general of the WHO, said in a press release in mid-December. “It’s not vaccines instead of masks, social distancing, ventilation, or hand hygiene. Do it all. Do it consistently. Do it well.”

For now, the only certainty is that omnicron spreads faster than delta, a variant discovered in October 2020. At this time, the delta variant accounts for 99% of global SARS-CoV-2 samples, the genome of which was sequenced in the last two months. “We must not forget that delta is already more transmissible than previous variants,” points out Fernando Spilki, a virologist from Feevale University in Rio Grande do Sul and coordinator of the National COVID-19 Omics Network. “But we need more time to understand what omicron’s emergence represents. Initial studies are largely observational and preliminary.” 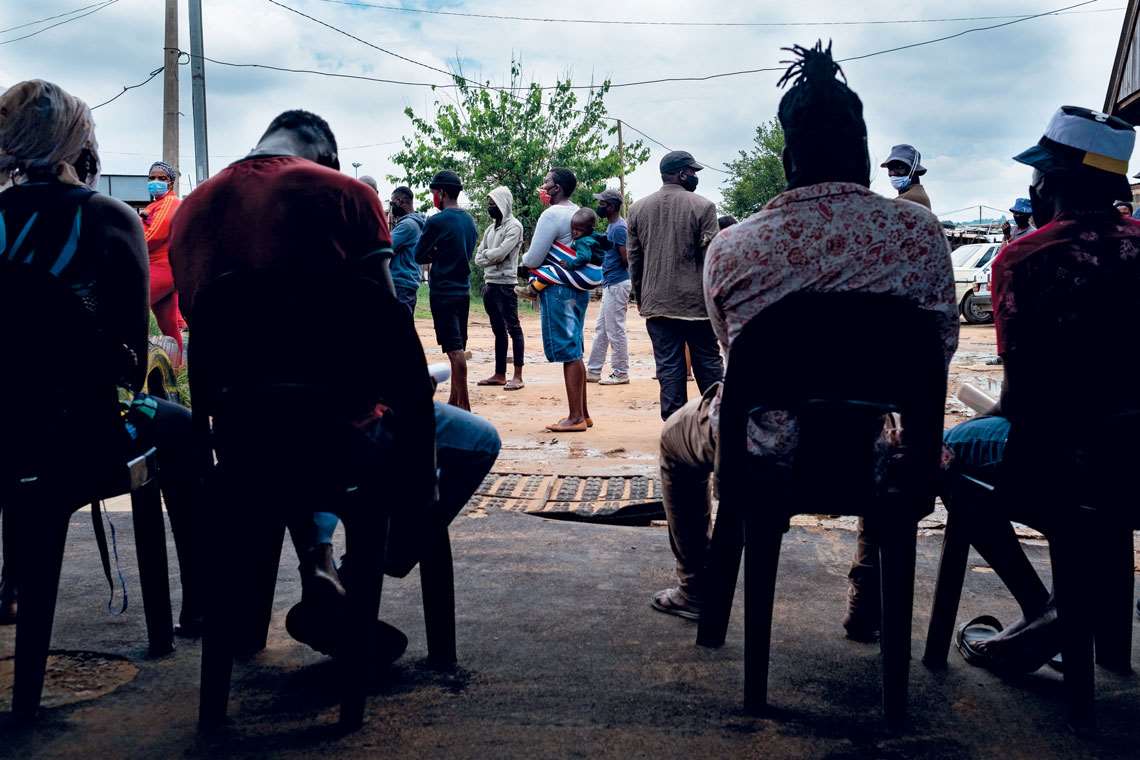 There are indications that omicron has some capacity to evade the immunity provided by vaccines or past infections. This may be due to the high number of mutations (more than 30) to its spike protein, which the virus uses to enter human cells and replicate. The most important antibodies induced by vaccines work against the spike protein, recognizing it and preventing the virus from entering human cells, as well as inhibiting its replication. “The vaccines also activate T-cells against COVID-19 [a type of immune response as important as antibodies to fight the virus],” says infectious disease specialist Julio Croda, from the Federal University of Mato Grosso do Sul (UFMS) and the Oswaldo Cruz Foundation (FIOCRUZ). “This cellular response lowers the risk of more severe cases occurring.”

A preliminary, as yet unpublished study by doctors from the University of Hong Kong indicates that the omicron variant infects and multiplies 70 times faster in human bronchi than delta and the original SARS-CoV-2. These flexible tubular structures connect the trachea to the lungs, carrying air. However, lung infections caused by the new variant were significantly milder than those caused by the original virus. The speed at which omicron reproduces in the lungs was 10 times slower. This apparent reduction in aggressiveness may explain the prevalence of mild COVID-19 cases attributed to omicron so far.

Another study from the same Asian university yielded some more concerning preliminary data. According to the study, accepted for publication in the journal Clinical Infectious Diseases, two doses of Chinese pharmaceutical company Sinovac’s vaccine CoronaVac, which is produced in Brazil by the Butantan Institute, do not prevent the omicron variant from infecting human cells. The researchers found that in all 25 blood samples obtained from people given the vaccine, antibodies against omicron were not produced in sufficient number to prevent infection. In blood samples from 25 patients who received the Pfizer/BioNTech vaccine, the results were only slightly better: antibody production was satisfactory in about a quarter of the samples. Research by other groups also suggests less protection against the new variant by the AstraZeneca and Moderna vaccines. The Hong Kong team thus advises people to get a third booster dose.

The origin of the omicron variant is still uncertain. Genetic analyses indicate that it did not derive from any known lineage of SARS-CoV-2. There are two hypotheses of how it emerged. The most plausible is that it is the result of the virus replicating during a long-lasting infection, probably in immunosuppressed patients. In these individuals, the battle between the immune system and the SARS-CoV-2 virus is prolonged, and when reproducing itself so many times in the host, the pathogen acquires mutations that give it adaptive advantages.

“But some virologists argue that only a prolonged infection in a human host would not be enough to give rise to so many mutations,” says Spilki. “They therefore speculate that the variant may have originated from a process called spillback.” According to this theory, humans may have transmitted SARS-CoV-2 to an animal during the pandemic, as has already occurred with mink and white-tailed deer. In the animal host, genetic alterations would have occurred and a new form of the virus emerged, which was then transmitted back to humans. As with almost all aspects of omicron, more studies are needed before any conclusions can be reached about its genesis.