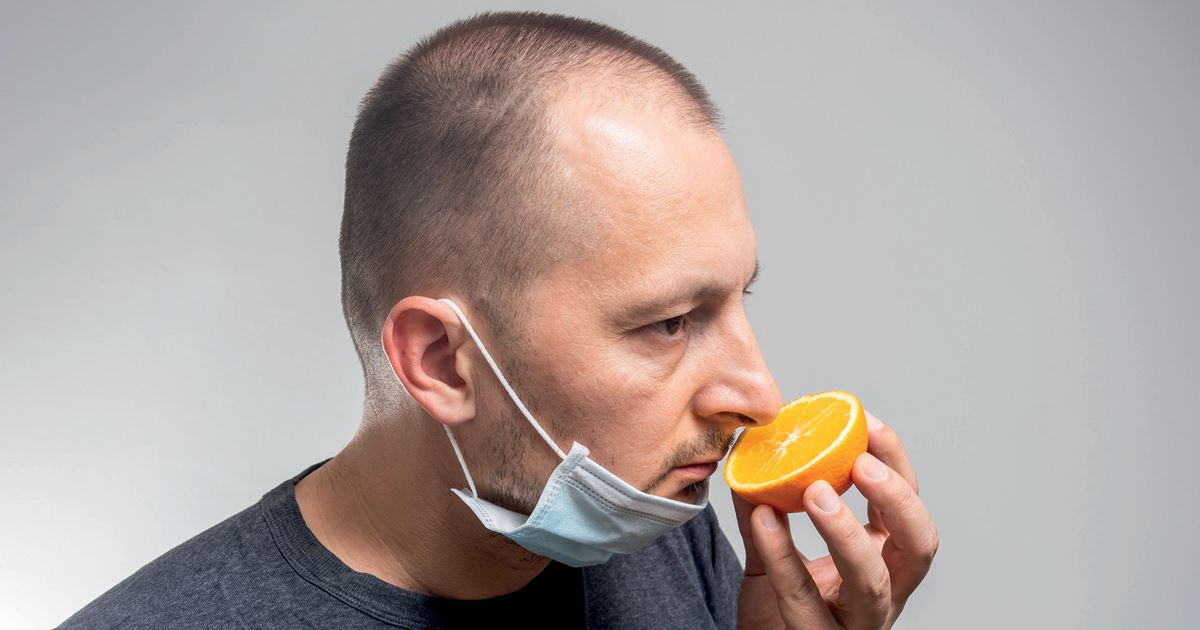 The loss of smell (anosmia) that affects up to two-thirds of people infected with SARS-CoV-2 is a consequence of both the direct action of the virus and the inflammation it triggers in the olfactory system, according to a team of researchers from France, which includes Guilherme Dias de Melo, a Brazilian postdoctoral researcher at the Institut Pasteur in Paris. They analyzed olfactory epithelium samples from seven people suffering anosmia associated with infection by the novel coronavirus and found that SARS-CoV-2 infects the neurons that detect odor molecules and the cells that help them, as well as immune cells. The infection leads to cell death in the olfactory epithelium and replication of the virus causes local inflammation and disorganization of the epithelium (Science Translational Medicine, May 3). The virus can remain in the olfactory epithelium of some people, leading to persistent anosmia. Until recently, it was unclear whether the virus played a direct role in the loss of smell, which was attributed by some to transient swelling (edema) of the tissue that lines the inside of the nose.