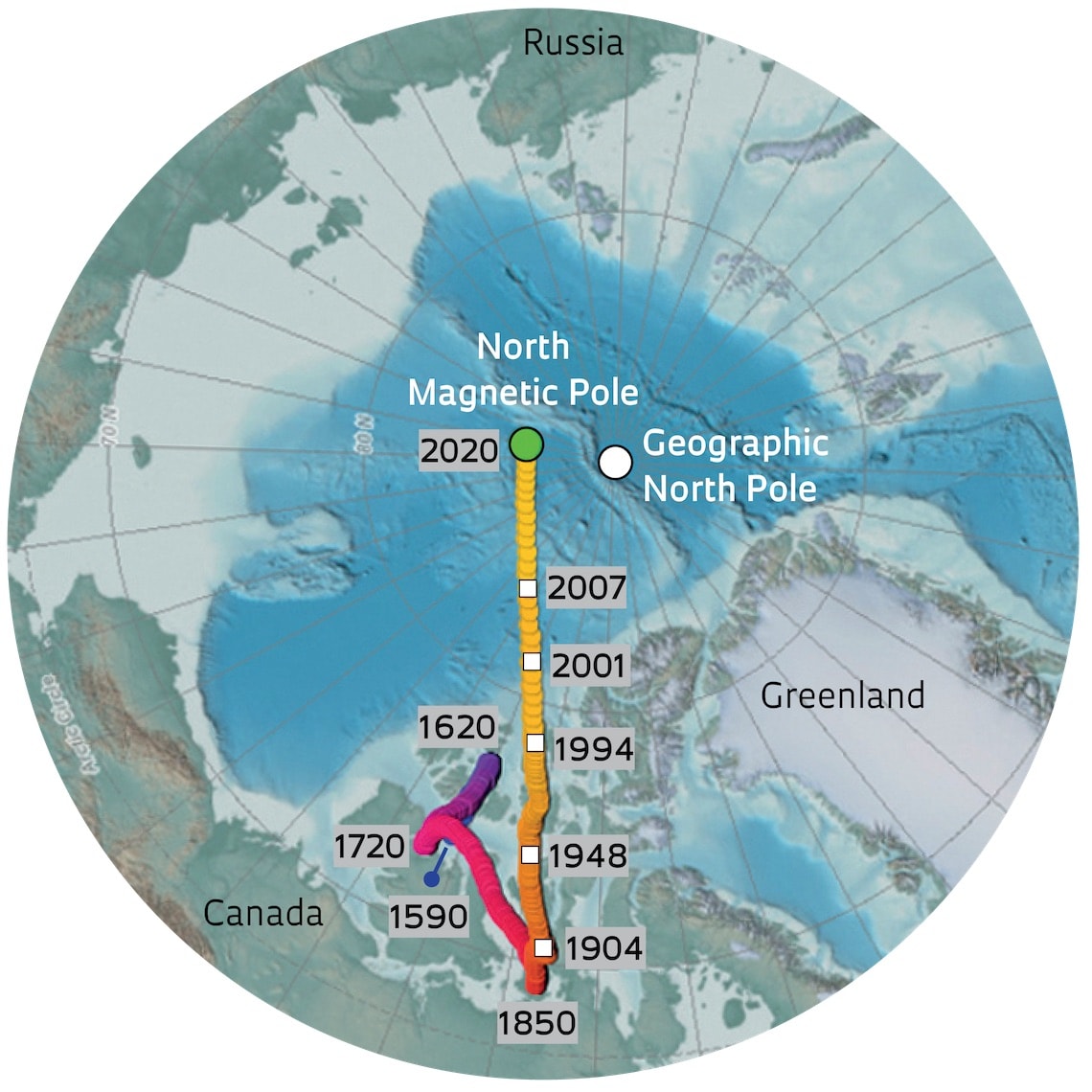 The North Magnetic Pole, used to guide the needle on a compass, has been moving faster than expected from Canada toward Siberia, Russia, in recent years. It is moving with such unexpected speed that in early February, experts on the subject updated the world magnetic model (WMM) almost a year earlier than planned. Developed in 1965 by the US National Geophysical Data Center (NGDC) and the British Geological Survey (BGS), the WMM is usually adjusted every five years. The next update was scheduled for the end of 2019 with the launch of WMM2020. Correction of the model is important because it is used as a guide for military and commercial aviation routes, as well as smartphone compasses. British mathematician Henry Gellibrand first discovered that the North Magnetic Pole changes position almost four centuries ago, having noticed that in 50 years, it had moved hundreds of kilometers toward near the Geographic North Pole in the Arctic. The magnetic poles are created by the movement of liquid iron in the earth’s core. After meandering through the Arctic and Canada, the North Magnetic Pole began moving toward Siberia in around 1860. Geophysicist Andrew Jackson, from the Swiss Federal Institute of Technology, told The New York Times that there is no efficient way to predict when and how the planet’s magnetic field will change.