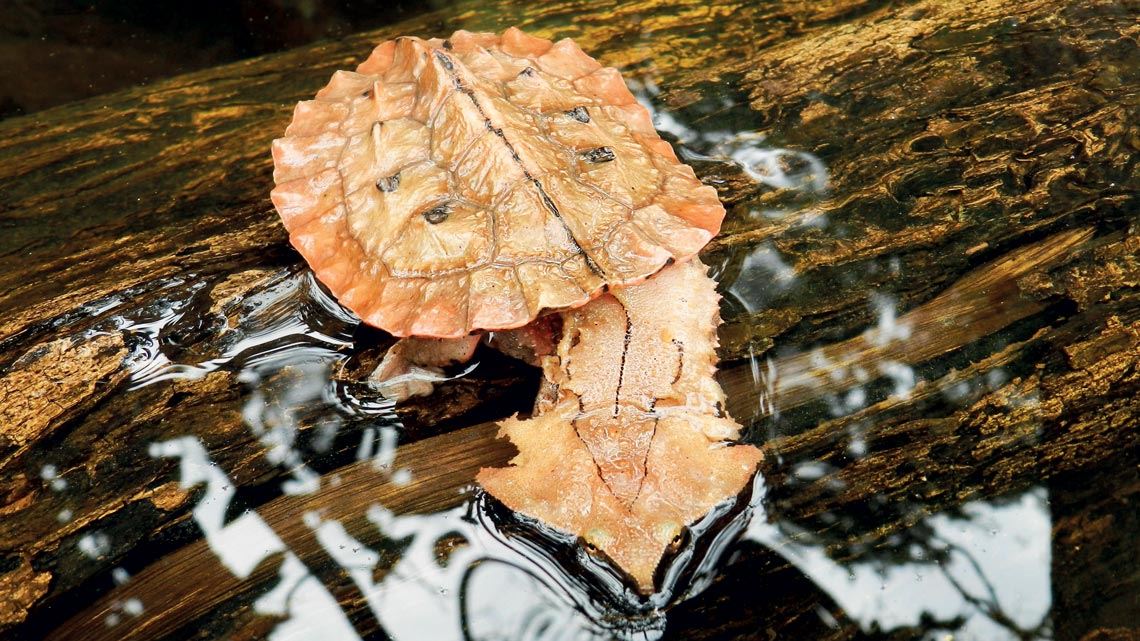 Native to the Amazon, the mata-mata freshwater turtle is known for its unique appearance. It has a flat, triangular head, a wide neck, and a long nose that looks like a snorkel. It was previously thought that there was just one species: Chelus fimbriata, described in 1783. Now, new analyses of their genetic and morphological characteristics and geographic distribution, conducted by researchers from Brazil, Colombia, Germany, and the UK, have revealed that there are at least two species of mata-mata: C. fimbriata and C. orinocensis (Molecular Phylogenetics and Evolution, July). Both eat fish, but they differ slightly and inhabit different regions. C. fimbriata has a darker, more rectangular shell and occupies the basins of the Amazon River in Brazil and the Mahury River in French Guiana. C. orinocensis, meanwhile, has a yellowish shell and lives in the basins of the Orinoco River, which crosses Colombia and Venezuela, and the upper Negro River in Brazil.