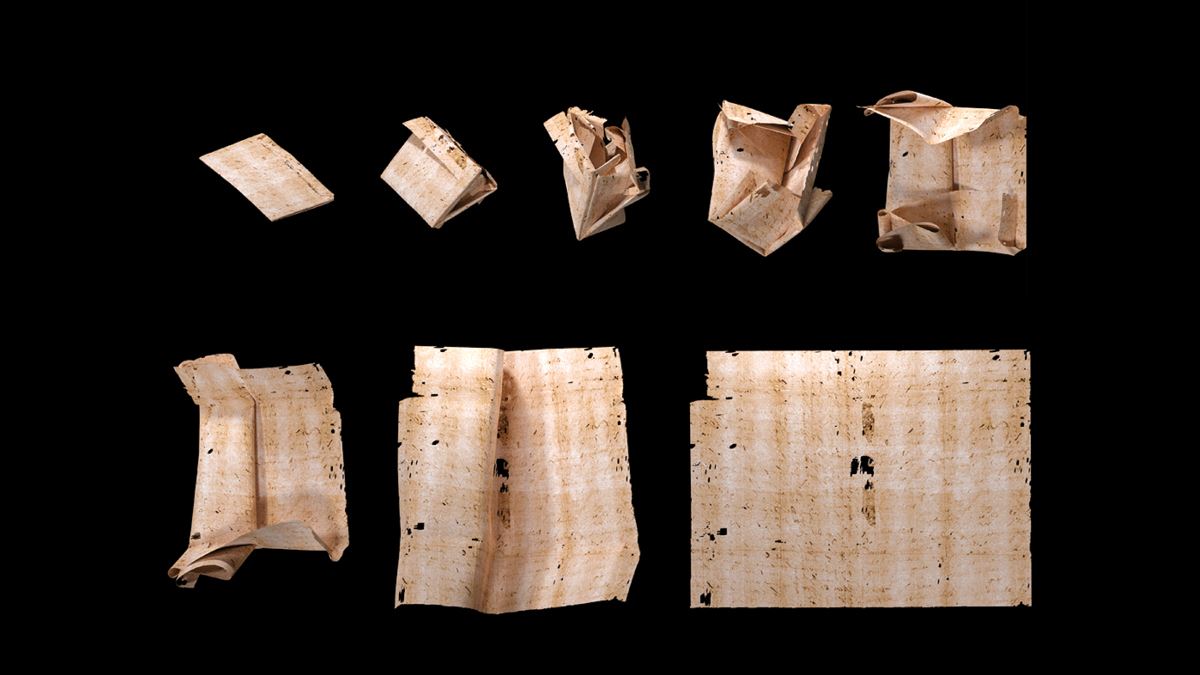 Computer-generated sequence of the seventeenth-century letter being unfolded

Using an X-ray microtomography scanner originally designed for dentists, an international team of researchers was able to read the contents of a letter from the Renaissance Period without actually opening it. To avoid attempts at interception before the invention of envelopes in the 1830s, people in Europe used to be fold and seal their letters in complex and unique ways known only to the sender and the recipient. Jana Dambrogio, from the Massachusetts Institute of Technology, and Amanda Ghassei of the Adobe Research Institute, both in the USA, used the images obtained by the scanner to reconstruct the folding pattern of a letter from a collection of 577 seventeenth-century correspondences stored in a post office in The Hague, Netherlands (Nature Communications, March 2). They were thus able to read the message, without damaging the artifact, from French merchant Jacques Sennacques to his nephew, Pierre Le Pers, asking for the death certificate of a relative.