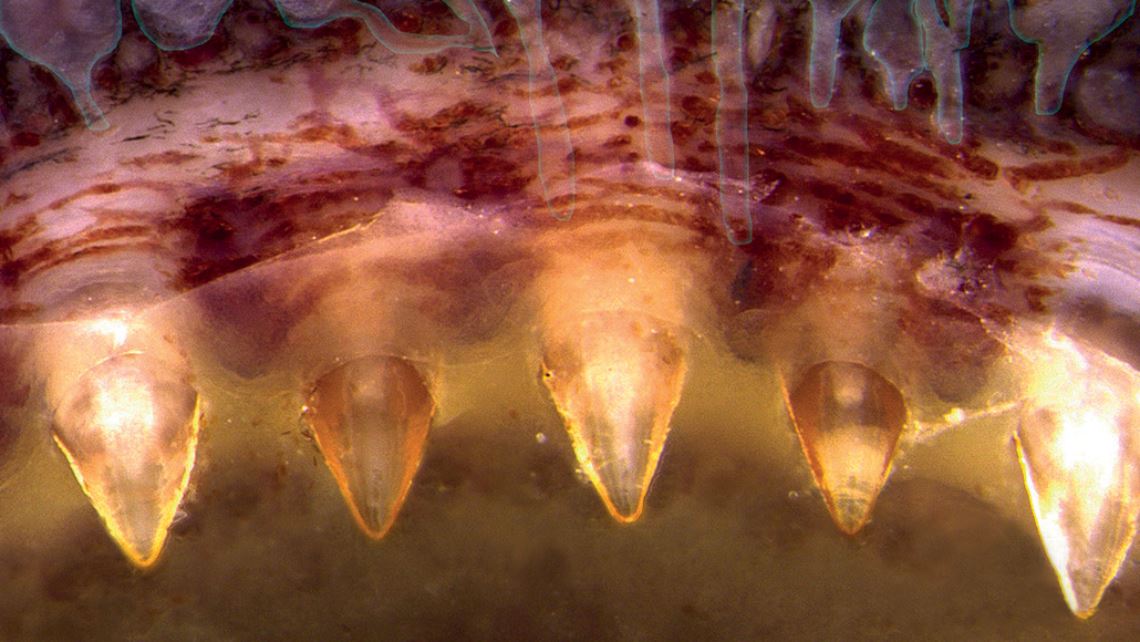 Caecilians are venomous animals, capable of injecting venom into their prey, say researchers from the Butantan Institute. Their elongated bodies may make them look like snakes, which are reptiles, but caecilians are the first amphibians found to have poison glands at the base of their teeth (iScience, July 24). Other amphibians, such as toads, frogs, and salamanders, have toxin glands in their skin, but these serve as a means of passive defense, used to repel predators. Biologist Pedro Luiz Mailho-Fontana, who is doing a postdoctoral fellowship at Butantan, identified the venom glands in caecilians when studying the species Siphonops annulatus, common in South America. “We were analyzing mucus glands in the skin on its head, used to burrow underground, when we noticed these structures,” the biologist told Agência FAPESP. The venom glands in caecilians develop from the same tissue that generates their teeth, as occurs in snakes.